What If Latinos Really Mattered in the Public Policy Debate? 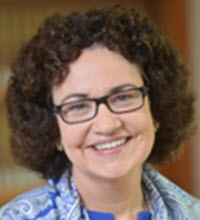 The Articles that discuss “Policy, Politics, & Praxis” try to answer a fundamental question: What if Latinos really mattered in the public policy debate? For this question to be of interest, there first must be an identifiable “Latino” constituency with common public policy concerns. In the section on “Race, Ethnicity, & Nationhood,” Professors Ian F. Haney López, Kevin Johnson, and Juan Perea address the complex questions of Latino identity. Here, Professors Robert S. Chang and Keith Aoki, Christopher David Ruiz Cameron, and Daria Roithmayr explore the role of Latinos in the public policy debate--an inquiry not wholly unrelated to the issue of Latino identity. After all, Max Weber observed that “it is primarily the political community, no matter how artificially organized, that inspires the belief in common ethnicity.” Consequently, examining Latinos' influence in the public policy arena can help to ascertain whether some cohesive constituency exists. If it does, including Latinos in policy discussions may be important purely as a matter of fair process. However, recognition of Latinos is particularly important if their participation significantly affects policy outcomes.

The papers that I introduce in this section focus on immigration and civil rights, two areas that offer potential insights into how Latinos might emerge as a distinctive constituency and alter public policy. Immigration seems a natural choice to evaluate the impact of Latinos as a group with a potentially unique stake in government decisionmaking. Even looking at only the Mexican-origin population, the influx of labor across the U.S.-Mexico border is the “largest sustained flow of migrant workers in the contemporary world.” Because the size and resources of the Latino population are integrally linked to immigration policy, Latinos logically should occupy a central place in this debate. Civil rights also seems like an area in which Latinos could make important contributions to government decisionmaking. By the year 2005, Latinos will surpass Blacks as the largest minority group in the United States; in some regions, this shift has already taken place. Like Blacks, Latinos lag behind Whites in education, income, and occupational attainment. As a result, programs of equal opportunity arguably are critical to Latinos' full integration into American society.

With two public policy areas that promise an important role for Latinos, I approached each paper in this section eager to learn how Latinos might emerge as an identifiable interest group and what changes they might prompt in immigration and civil rights law. However, even after reading three papers in a symposium devoted to Latinos, I was left with the odd impression that Latinos generally remain shadowy figures, little more than bit players in the policy process. Latinos are marginalized in these discussions for two reasons. First, the Latino experience illustrates the other side of Weber's observation: latent contradictions in the political community can cloud rather than clarify identity. The heterogeneity of Latinos makes it difficult to generalize about their identities, experiences, and policy priorities. Because Latinos remain poorly understood, their problems often are addressed by drawing analogies to other racial and ethnic groups. These ready analogies can obscure the special concerns of Latinos and prevent them from emerging as a complex and compelling people in their own right.

Second, even when Latinos figure in the policymaking process, the relevance of their participation remains unclear. Should Latinos be considered because policymakers can then extend traditional paradigms of immigration and civil rights to include them? Or should Latinos' concerns be evaluated so that policymakers can determine whether traditional models are adequate to meet their needs? If so, what alternative models would be necessary to address Latino issues? This uncertainty reflects and reinforces the ambiguities surrounding Latino identity. If Latinos' problems are analogous to those of other groups, traditional solutions should suffice. However, relying on traditional solutions overlooks the possibility that Latinos have distinctive needs. The very lack of alternative reform models makes it hard to imagine Latinos as a truly unique constituency. Yet, the failure to imagine them this way reduces the likelihood that alternative reforms will be considered.