On the Model Minority Myth and Law School Admissions 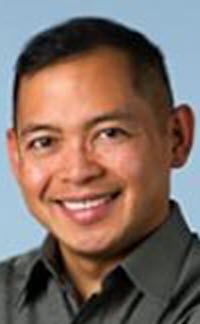 Even though Asian immigrants come from various countries, the term  "Asian Americans" has been used to group us all together. This failure to differentiate between the different Asian ethnicities allows the majority to group all Asian Americans under the "model minority" stereotype. The model minority myth is detrimental to Asian Americans in two ways. First, Asian Americans are described as successfully assimilated into American society because we are "hardworking, intelligent, and successful,"  especially as compared to other people of color. On the other hand, the myth says that Asian Americans, while skilled in math and science, have low verbal abilities and community skills, are one-dimensional "grinds;" and lack personality and individuality.  Politicians use the first part of the myth to attack race-conscious admissions programs as either victimizing Asian Americans at the expense of other people of color, or unnecessary in light of the success of one minority group.  The second  part of the myth pigeon-holes Asian Americans into specific fields (such as engineering or nursing) and reinforces glass ceilings in employment.

This model minority myth has led "public policy makers and corporate leaders to . . . dismiss the idea that [Asian Americans] have any problems that require  serious attention."  Some scholars have noted that this "laissez-faire approach" to all Asian Americans persists "notwithstanding the tremendous heterogeneity among the ethnicities that make up the racial category Asian Pacific Americans."

In a recent law review article, Paul Brest, the Dean of the Stanford Law School, noted that the number of Asian American law students has grown over the last decade and appears to continue to grow with a large majority of these students being Chinese, Korean, or Japanese Americans.  Brest continued, "[t]o the extent that the status of recent immigrants is tractable and improves over time, one would expect more group members to attend professional schools."  This disregards the fact that Filipinos are less  represented in colleges and graduate schools than Japanese and Chinese Americans.  Filipinos are not recent immigrants so there must be some other explanation for their underrepresentation in higher education and in the legal profession.  Moreover, assuming that the Asian ethnic sub-groups that are relatively new additions to the Asian American classification would follow the lead of their predecessors is an implicit acceptance of the model minority myth. This implicit acceptance perpetuates the myth and is therefore unacceptable.

A law school should consider the educational value of having students or faculty members from "disadvantaged Southeast Asian or Pacific Island groups-- especially those whose cultures are quite different from those of most others at the school and who by virtue of size or the school's geographic locale may be of significance in the professional lives of its graduates." In light of the recent changes in the landscape surrounding race-conscious measures, perhaps cautious support from school administrations is the best that advocates  of race-conscious measures can hope for at this time. However, this Article advocates greater support of race-conscious measures.

B. On Whether Asian Americans Should Support Diversity Programs

Aside from the support from school administrations, diversity programs
require the support of the Asian American community as well. Although there may be an increasing number of Asian American ethnicities that are relatively well- represented, there are those that remain under-represented. Furthermore, despite the widely held belief that Asian Americans have succeeded in accessing mainstream America, out of the entire American legal profession in 1990 Asian Americans comprised only 1.4% of the lawyers and only 1.02% of the total number of judges.

Some Asian Americans argue against race-conscious measures as being inherently unfair. They accuse the quotas for other groups of "'taking' admission slots from Asian Americans."  These Asian Americans appear to
advocate a strict "meritocratic" system which would allow "fair competition" between all groups on the basis of test scores.

Asian Americans have been deliberately painted as innocent victims of race- conscious measures as a justification for discontinuing their use.  The reliance on test scores as the sole means of determining the most qualified applicants is flawed  and ignores the merits of diversity. Advocating a system that looks only to test results furthers the loss of our culture. The majority culture would never let itself be squeezed out by "higher-scoring Asians" who are already viewed as being overrepresented.  In fact, the existence of "upper limit quotas" for Asian Americans at some universities has been examined.  In a "purely meritocratic system," Asian Americans can easily be disadvantaged by the manipulation of seemingly neutral factors.  Some scholars note that "Asian Americans would be disadvantaged if a university gave greater weight to the verbal portion of the SAT exam or no credit for non-European foreign language skills." Because universities have manipulated test scores in precisely this manner, "we should be skeptical about claims that academic merit is a scientifically measurable characteristic that can be gauged objectively."  Asian Americans should support the use of race-conscious measures to further diversity in order to prevent the emergence of a system that ignores the merits of cultural diversity.