The Failure of the Pan-Asian Coalition 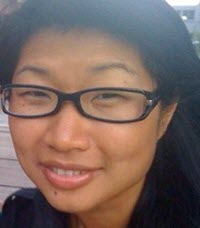 In the summer of 2003, members of the academic community breathed a collective sigh of relief when the Supreme Court announced in the landmark decision, Grutter v. Bollinger, that educational diversity was indeed a compelling state interest. The Court upheld the University of Michigan Law School's (hereinafter Law School) race-conscious admission policy, which professed the Law School's commitment to enrolling a diverse student body. The Law School's admission policy considered factors that contribute to a diverse student body such as having lived or traveled abroad, an extensive record of community service, or an unusual intellectual accomplishment. However, it gave special consideration to race in the case of African American, Latino American, and Native American students. The Grutter decision affirmed the Law School's commitment to racial diversity as constitutionally permissible and held that the Law School could give special consideration to certain racial groups.

The Law School's commitment to enrolling students from racial minority groups is peculiar because of the absence of Asian Americans. The Law School acknowledged that it omitted Asians from the admission policy because a significant number of Asian students were already being admitted to the Law School.

Parties on both sides of Grutter hotly debated whether Asian Americans were hurt by the Law School's admission policy. The Petitioner's brief to the Court argued that the Law School's race-conscious admission policy subjected Asian Americans to reverse discrimination. In contrast, the National Asian Pacific American Legal Consortium (NAPALC) argued in its amicus curiae brief that Asian Pacific American (APA) applicants are not harmed by affirmative action. NAPALC advanced three arguments: First, like all other students, Asian Americans benefit from a more racially diverse learning environment. Second, the Law School's policy does not only consider racial diversity but other types of diversity, e.g., types based on education, experience, etc., which APA applicants can highlight. Third, empirical evidence demonstrates that the prohibition of affirmative action programs in California did not correlate with higher enrollments of Asian Pacific Americans in state law schools.

The error committed by the Law School, the petitioner, NAPALC, and the other APA groups that joined NAPALC as amici curiae is all too common. Asian Pacific Americans, as a political identity group, are comprised of various member-groups that descend from countries in East Asia, South Asia, and Southeast Asia as well Hawaii and other Pacific Islands. The Law School blatantly omitted Asian Pacific Americans from the dialogue. All parties and amici curiae tacitly agreed that Asian Pacific Americans are already adequately represented in the Law School and that they do not need the Law School to make a special commitment to them in order to be enrolled in significant numbers. Underlying this belief is the stereotype of Asian Americans as the model minority and the related erroneous assumption that Asian Pacific Americans are a uniform group. In reality, several Asian American groups are struggling to improve their socioeconomic status. These groups are usually not enrolled in higher education in significant numbers. Yet, despite the minimal representation of these groups, colleges and graduate schools nevertheless frequently categorically exclude APAs from race-conscious programs such as the one employed by the Law School.

This Comment will focus on one such group, Cambodian Americans. I will illustrate the shortfalls of the Asian American pan-ethnic identity, and suggest that marginalized groups such as Cambodian Americans must assert their own identity in order to assure that issues pertinent to their own group are heard and addressed. My goal in writing is twofold. First, I encourage marginalized groups to assert their own interests. Secondarily, I hope to voice the message to universities that there are significant Asian American populations that would benefit greatly from inclusion in affirmative action programs.

Part II discusses the pan-ethnic movement that began in the 1960s with the goal of uniting Asian descended minority groups under an umbrella coalition--Asian American. The pan-ethnic coalition was meant to unify Asian Americans and to create a mass base so that people identifying with this ethnic group could mobilize to combat discrimination and violence against Asians. This Part also briefly critiques the Model Minority Myth.

Part IV briefly discusses the shortcomings of the pan-Asian coalition, its failure to advance the interests of its more marginalized constituents, and the reasons for this failure.

Finally Part V asks, "Why not identity?" and proposes that Cambodian Americans build their own distinctive political consciousness in order to form a coalition that is not based solely on ethnic lines, but also upon socio-economic and political issues.