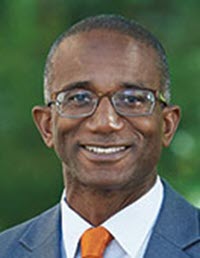 [I]n order to win and bring as many people with us along the way, we must move beyond the narrow nationalism that is all too prevalent in Black communities.

Around the world, people of African descent (“Afro-descendants”)--to use one of the broadest possible definitions of Blackness--are overrepresented among the poor and disempowered. Any effort to understand the role that law has played in the past--and might play in the future--in either causing or mitigating these patterns of subordination should account for the fact that while those patterns exhibit enormous variety, they also transcend national boundaries and operate on a global scale. These insights are staples of postcolonial analyses of Black culture. Less well explored is why or how the relationship between law and Black experiences ought to be analyzed from a global perspective. So, for instance, it is not immediately obvious why the killing of a Black man by police in the United States should lead to protests around the world. Nor is it obvious why the members of the Congressional Black Caucus--or activists or scholars who support them-- would ever look at the experiences of Black people outside the United States while formulating an agenda for legal reform. This Essay argues that there are several good reasons why lawmakers, activists, or scholars reckoning with legal responses to Black subordination should reject parochialism and approach their task from a global perspective; the challenge is to do that while avoiding the inherent pitfalls.

Adopting a global perspective necessarily entails rejecting any form of African American exceptionalism, meaning, the assumption that the experiences of Black people in the United States have nothing in common with experiences of Afro-descendants in other countries. It also involves abandoning similar preconceptions about the uniqueness of the Black experience in other countries. The rejection of these forms of parochialism can be a step toward providing support, learning, and recognizing interdependence across borders.

At the same time, a global perspective need not and should not presume that there is either a universal Black experience, a universal definition of Blackness, or a universally effective set of legal responses to Black subordination. Projects that involve studying foreign societies in order to identify common problems that merit common legal responses are founded on a problematic assumption of “legal universalism.” Those projects founder whenever either (a) the people in the relevant jurisdictions face different problems or (b) the relevant legal response can be expected to have different effects in different environments. Both these factors, which have been carefully examined in the literature on critical race theory and comparative law, are likely to limit the value of comparative analysis as a way of identifying legal responses to the problems that Black people face. Afro-descendants in different countries have different histories and do not necessarily have the same ideals and aspirations. Even in the Western Hemisphere, where over 150 million Afro-descendants share the historical experience of having ancestors who were subject to the transatlantic slave trade, the problems caused by the legacy of slavery intersect in varying ways with other potential sources of disadvantage such as skin color, nationality, and geographic dispersion. And, of course, the laws that might be used to address those problems operate in very different environments. In the face of these kinds of differences, comparative analysis still has a valuable role to play, but it is a limited one.

Although it is important to acknowledge the differences between Black communities in the Western Hemisphere, it also is important to account for their interconnections. For instance, it is important to recognize the ways in which the United States and international institutions under its control project the influence of U.S. legal norms beyond borders, including to foreign countries inhabited by many Afro-descendants. There also are enormous cross-border flows of people, goods, services, and capital that can serve to transmit the influence of laws from one country to another. The existence of these kinds of legal spillovers complicates the task of evaluating the impact of both U.S. and foreign laws upon Afro-descendants. At a minimum, a global approach requires abandoning the conventional presumption that the legal determinants of outcomes in any given country are located exclusively in the relevant national legal system. Instead, the Americas should be treated as a single but diverse region, which contains multiple societies that are partially distinct but also deeply interconnected. In particular, it is a region inhabited by Afro-descendants whose experiences and outlooks are both common and distinct and are, at least potentially, influenced by multiple national, subnational, and supranational bodies of law.

The remaining Parts of this Essay take up each of these points in turn. Part I discusses the case against parochialism. Part II considers the dangers of legal universalism. Part III demonstrates the importance of recognizing transnational interconnections. To keep the analysis tractable, this Essay will focus on the Western Hemisphere.

Adopting a global approach to Black subordination involves a careful blend of comparative and transnational legal analysis. Cross-country comparisons can illuminate new dimensions of the problem and help to identify and assess alternative legal responses. Meanwhile, attention to the transnational dimensions of the phenomenon can identify ways in which both legal causes and responses operate across borders. All of this is possible even as we acknowledge significant diversity among the experiences of Afro-descendants and available legal responses. In short, studying legal responses to Black subordination requires a perspective that moves beyond parochialism while avoiding the pitfalls associated with legal universalism and accounting for complex transnational interconnections.