Racism and Bigotry as Grounds for Impeachment 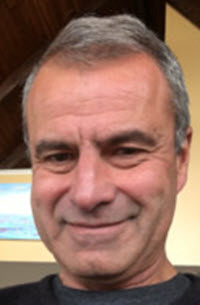 Can a President be impeached for racism or bigotry? In this Article I answer yes.

I rely heavily on the law in reaching my conclusion that racism and bigotry are impeachable. Yet I write at a time when American reality and American law (or more properly, the civil rights and constitutional law on which I rely) are two profoundly different things when it comes to racism. American law, including the constitutional and statutory provisions I cite in this Article, prohibits racism and bigotry across the entire landscape of American life and establishes--on paper--a commitment to a pluralistic, multi-racial, multi-ethnic, religiously tolerant country. These laws have advanced these goals and made the country a different--and better--place than it was before they were passed.

However, my reliance on the law should not be misread as a conclusion that the law has achieved racial justice and equality. Far from it. Despite constitutional and statutory legal protections for civil rights, other aspects of American law--criminal law, zoning law, election law--enable, and even advance, continued systemic and institutional racism against Black Americans.

Law aside, the reality of American life is that pervasive racism is deadly and destructive to non-White Americans. We see Black Americans killed by White police and vigilantes. Anti-Asian violence is on the rise. Most racial minorities are many times more vulnerable to the ongoing coronavirus pandemic and receive overall lower quality healthcare than their White counterparts. The criminal legal system punishes Black Americans and other racial minorities far more often and more harshly--and it wrongfully convicts them of crime at disproportionate rates. After White police and vigilantes killed Breonna Taylor, Ahmaud Arbery, Rayshard Brooks, and George Floyd within weeks in the first half of 2020, millions of Americans took to the streets in thousands of multi-racial protests across the country to demand racial justice and equality. The reality of widespread systemic, institutional, and societal racism in America shows that to achieve racial justice, fundamental changes are needed that go well beyond legal reform.

One such change would be acknowledging that racism and bigotry are acts of violence against Americans, American society, and American laws and political institutions so grave that they warrant impeachment. In this Article I explore the history and study of impeachment to explain why this is so.

This Article has five main parts. Part II examines the history and text of the Constitution's impeachment provisions, particularly the purpose and grounds for impeachment. Part III describes past impeachment efforts, primarily those targeting Presidents Andrew Johnson, Richard Nixon, and Bill Clinton, emphasizing the participants' understanding of impeachable offenses and how race, civil rights, and related issues influenced impeachment. Part IV demonstrates the gravity of presidential racism by examining constitutional and statutory civil rights laws, as well as other constitutional obligations that a racist president would threaten. This review includes the Constitution's Take Care Clause, oath of office provision, and Commander-in-Chief power. Part V applies factors and considerations from history and commentary on impeachment, concluding that presidential racism and bigotry, considered generally, warrant impeachment. This Part also crafts standards for impeaching a president for racism and bigotry. Part VI gives examples of racism and bigotry that would warrant impeachment, focusing on the Trump presidency. As former President Trump's conduct prompted some consideration of whether his words and actions regarding people of color and Muslims demonstrate impeachable unfitness for the office, I consider those words and deeds as examples of conduct that would justify an impeachment inquiry.

Though racism was not mentioned in any of the Trump impeachment articles, the issue was raised during congressional debate about impeachment. At least one member of Congress, Representative Al Green, moved to impeach Trump for racism before articles of impeachment were eventually passed. Green pushed for impeachment multiple times, including in December 2017, when he introduced two articles of impeachment citing Trump's racist actions and comments, and July 2019, when he justified impeachment on the grounds of Tramp's ôlong history of abusing his office for the unconstitutional purpose of promoting racism and bigotry.ö In December 2019, Green referred to the 1868 Johnson impeachment articles as a historical precedent, maintained that impeachable offenses need not be crimes, and described racism as a ôconstant kitchen-table issue for Black people.ö Green's repeated moves to impeach Tramp for racism were soundly rejected by the House of Representatives. One commentator who previously suggested Tramp's racist incitement could be impeachable ultimately recommended against impeachment for racism. During the 2021 Senate impeachment trial of Trump for inciting the January 6, 2021 attack on the U.S. Capitol, impeachment managers argued that racism motivated the attackers--but did not attribute racism directly to Tramp himself.

While this Article analyzes legal texts and history to assess whether presidential racism and bigotry are impeachable, impeachment cannot be reduced entirely to academic analysis. Politics has a say, and it is important to acknowledge political realities. Racism is among the most polarizing subjects in a very polarized country. Seeking to impeach and remove a president on these grounds would undoubtedly unleash powerful and unpredictable political dynamics.

Impeachment sends a message about what is unacceptable in a president, and that sends a message about what is unacceptable in this country. One hopes a well-founded impeachment for demonstrated racism and bigotry would meet with historical praise as part of a continued national journey to equality and rights, and influence future presidents and presidential aspirants to continue to lead that journey. Impeaching a president for racism would be one step toward making racism unacceptable. Failure to impeach a proven racist would tell future presidents that they can get away with racism and racist, bigoted political opportunism. This would send a dangerous message to the country that when it comes to impeachment, presidential racism is a lesser offense unworthy of prosecution or trial, that condemnation of presidential racism is still limited to political or judicial contestation and resolution by election just as it was when Johnson was acquitted in 1868.

Charlie Martel is Visiting Professor of Law at the University of Maryland Carey School of Law.