A Jury of Someone Else's Peers: the Severe Underrepresentation of Native Americans from the Western Division of South Dakota's Jury-selection Process 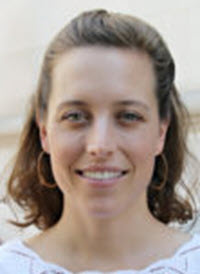 While working as a Deputy Federal Public Defender in South Dakota, Stephen Demik found himself faced with a difficult challenge: many of his Native American clients were declining to exercise their rights to a jury trial because they knew that Native Americans would be drastically underrepresented in their jury pools. This challenge is only one of many obstacles for Deputy Federal Public Defenders, "not the least of which is the fact that nationwide, as of 2012, 93% of prosecutions result in convictions." When Demik faced what he calls "the inevitable question" of "how many Native Americans" would be on his client's jury, he could only respond "with a sigh and resignation": "[p]robably none." This was especially frustrating to him when so many criminal defendants were Oglala Lakota Native Americans living on the Pine Ridge Reservation located in the southwest portion of that state, with many facing severe consequences for their alleged crimes. In Demik's experience, "[w]ith a plea offer on the table and the prospect of facing an all-white jury, many Native American defendants ... were reluctant to take their case to a jury trial because of that underrepresentation."

I then establish in Part III that the Western Division of South Dakota's jury-selection process is in violation of the Sixth Amendment's fair cross-section requirement. I begin by briefly explaining the criminal-jurisdictional landscape for Native American defendants and introduce the reader to the Pine Ridge Reservation, which comprises a substantial portion of the Western Division. I then explain the jury-selection process in the Western Division and go on to apply the Duren test to its process to show that it is in violation of the Sixth Amendment's fair cross-section requirement. The crux of my argument lies in the third prong of the test, which requires me to make a prima facie showing that Native Americans are being systematically excluded from the jury-selection process by virtue of a flaw inherent in the process. I argue that, due to the significant barriers and obstacles to voter registration faced by Native Americans living on the Pine Ridge Reservation, the Western Division's use of a voter-registration list as its single jury-source list results in a master jury wheel that does not represent a fair cross-section of the community. The problems stemming from this unrepresentative single-source list of potential jurors are compounded by the Western Division's inadequate follow-up procedures after it has sent out juror qualification questionnaires to these potential jurors.

Law Student at University of Texas at Austin.