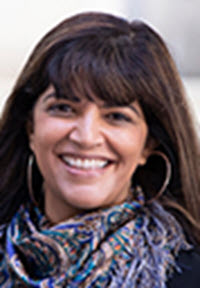 As our country undergoes a fundamental rethinking of the efficacy of our criminal legal system, a critical examination of the carceral mechanisms attached to the youth criminal system must be examined. A central part of this is probation or the phenomenon scholar Michelle Phelps has aptly labeled “mass probation.” Within the juvenile justice system, probation is the most widely used mechanism to divert juvenile offenders away from incarceration. Thus, juvenile probation must be part of realizing any meaningful reform of the juvenile justice system. This Article highlights one often overlooked type of juvenile probation, school-based probation, where probation officers are housed in schools and oversee children and youth. School-based probation is particularly worthy of examination since it functions as a net-wider by ensnarling youth into the juvenile justice system who may never otherwise enter the system. Whereas most types of juvenile probation which were conceived as alternatives to juvenile prison, school-based probation ensnarls children who have not been charged with any crime by mischaracterizing it as “voluntary.” This form of probation exemplifies the state-sanctioned and far-reaching nature of the surveillance of our poorest youth--what scholars have dubbed, the “web” of incarceration. A web analogy describes the myriad of formal and informal forms of state surveillance of Black and Latinx children and their families at schools and beyond, given they are more likely to be watched, have their actions documented, and be categorized as deviant. And while punishment has been described to be a shared commitment of schools and youth prisons, this Article expands the responsibility of widening the criminal net to juvenile probation.

A primary purpose of the juvenile court is to divert children away from being processed through the (adult) criminal legal system. One unique feature of the juvenile court is often under-scrutinized--the duty and ability of probation officers to divert youth away from being processed by the juvenile delinquency system at the youth's first touch with the system or at intake. Dubbed the “workhorse of the juvenile justice system,” nearly all of the children in juvenile courts had contact with a probation officer. Probation may be used on the “front end” for first time or for low-risk offenders or at the back-end as an alternative to out-of-home confinement for youth who the court has deemed to have committed serious offenses.

Juvenile probation is the most commonly used disposition (or sentence) in juvenile court. As in the adult criminal justice system, juvenile probation is used as an alternative to incarceration. Rather than sending the youth to juvenile custodial setting, such as a juvenile detention center, youths on probation must comply with a set of terms and conditions imposed by the court. Juvenile probation, like adult probation, was originally designed for rehabilitative purposes. Its origin attributed to a bootmaker named John Augustus who convinced a Boston court in 1841 to release and defer the sentencing of a “common drunkard” into his custody, promising the man's appearance at his next hearing. While adult probation began in the mid 1800s, the origins of juvenile probation can be traced to the birth of the Juvenile Court in Chicago in 1891 and was deemed to be an essential part of juvenile court, more so than in adult proceedings.

The two tasks for probation were to first, provide the juvenile court with the relevant information to understand the child's personality and conditions; and two, to supervise the young person in the community--in lieu of detention. And while it is perceived to be the more humane option than detention--which has been proved to be dangerous and damaging to the development of youth--it has its share of contradictions worth highlighting briefly.

Juvenile probation is now widely perceived to have multiple tensions in its purpose and effect. First, juvenile probation is inherently at odds in its purpose to both “help,” and “to surveille.” This combined purpose is perhaps at the core of its dysfunction: how does a probation officer both nurture and service the unmet needs of a young person while also serving to reprimand them? It has been reported that “[i]n order to complete all the duties, a juvenile probation officer takes on several roles, including police officer, counselor, family therapist and mentor.” This critique is also not much different than the critiques levied against juvenile courts as they attempt in their role to serve as a “parent” of a delinquent youth while also serving as an arbitrator and part of a broader conversation. Second, the effect of juvenile probation has often been counterproductive. Instead of its stated purpose to serve as an alternative to incarceration, it functions as a “net widener,” particularly for Black, Indigenous and People of Color (BIPOC) youth, bringing them into the criminal justice system where they may remain indefinitely. School-based probation is one form of juvenile probation that was created to reduce truancy, but has morphed into punishment and a form of family regulation that governs and expands the number of youths who intersect with the juvenile justice system. In this context, “family regulation” refers to the regulation and punishment of children and their families when they are put on juvenile probation. The term is borrowed from scholar Dorothy Roberts's use of the phrase to characterize the over-regulatory scheme of our child welfare system and the need to be critical of alternatives to policing that still regulate the family.

Through an intersectional lens, this Article remains narrowly focused on school-based probation. By engaging with the facts of a litigated case, it is revealed how this form of probation operates in schools with poor, BIPOC, and other marginalized students. The end result is a system that further widens the net of juvenile incarceration, under the guise of rehabilitation, and reveals two truths: (1) the failure of school based probation as a true alternative to incarceration, and (2) discretionary gaps in the application of juvenile laws and policies and the deployment of these programs in schools with underinvestment and high numbers of students of color, will likely result in disproportionate numbers of youth of color on school based probation.

This Article is part of a larger research agenda to question the utility of the ways in which American society punishes poor and BIPOC youth at various sites of punishment (e.g., schools and courts). The central argument being that these punishment sites lack the nuance and individualization demanded to truly rehabilitate because they fail to address the intersectional identities of the youth they target. This Article is also part of an inquiry into the viability of expanding the punishment site to include probation. An earlier piece critiqued the unfettered discretion afforded to juvenile court judges that allows for racial and gendered bias to impact their decisions regarding system-impacted girls. And a more recent work dove deeper into the web of criminalization that occurs at the school site. That piece examines how, for BIPOC students, given the imprecise and fraught legal categories, disability can be weaponized as a mechanism through which they are criminalized. Here, the project's lens shifts to an examination of a specific aspect of juvenile punishment--juvenile probation--and how it serves as a net-widener and punishment for youth, rather than meeting its intended goal of rehabilitation. A forthcoming article examines juvenile probation writ large.

The future does look promising for probation reform, but only if a fundamental re-shift of thinking about its purpose occurs. In California, the District Attorney's stated position opposing transformation is revealing of the fundamental problem:

While juvenile court proceedings cannot and should not be viewed as the only method of prevention in these cases, the structured supervision that can be provided by the juvenile court is a valuable tool in helping minors who may not have access to resources elsewhere.

The District Attorney's position reveals that they see their fundamental purpose to “help minors” address non-criminal behaviors, which is not the purpose of the juvenile criminal system or juvenile probation. Until this fundamental underlying flaw in purpose is addressed, children and youth, particularly BIPOC and those in under-resourced and carceral schools reasoning, will continue to be trapped in their web of incarceration. Thus, scholars and advocates must be diligent in proposals that do more than just limit the net but actually address the underlying philosophical role of the juvenile court and in turn, juvenile probation.