School's Out for Black Boys in Wisconsin: An Analysis of Wisconsin's Racist Implementation of Expulsion and Suspension Law and Its Intersection with Wisconsin Students' Opportunities for Success 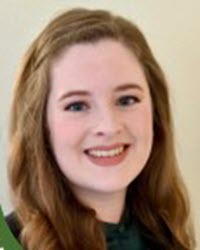 [E]ducation is perhaps the most important function of state and local governments.” “In these days, it is doubtful that any child may reasonably be expected to succeed in life if he is denied the opportunity of an education. Such an opportunity, where the state has undertaken to provide it, is a right which must be available to all on equal terms.” The court in Brown v. Board of Education made these observations over fifty years ago. Because of the Supreme Court's decision, Black children's constitutional right to attend integrated public school was finally recognized. However, in Wisconsin, Black boys still face the question of whether their right to remain in public school is recognized.

This question is exemplified by a high-profile case from 2016. Dereian Brown, a sixth grader from Cherokee Heights Middle School, in Madison, Wisconsin, faced expulsion for allegedly bringing a BB gun to school. By the time the expulsion hearing occurred, Dereian had already served a 15-school day suspension. Yet, the school district wanted to expel him for another two semesters.

Dereian's attorneys asserted that race was a critical factor in the school board's decision to proceed with expulsion. In their complaint to the U.S. Department of Education Office for Civil Rights, Dereian's attorneys argued that because Dereian is Black, the District treated him differently than other students who faced expulsion for bringing a BB gun to school. The complaint first referred to former school board member Ed Hughes' blog, in which he wrote: “I don't think students benefit much from being represented by attorneys in the expulsion process ... rarely is there a significant factual dispute about whether the student did what he or she is charged with.” Dereian's attorneys argued that Ed Hughes' statement indicated that he approached Dereian's expulsion hearing with a presumption of guilt. The complaint also referred to a statement made by former school board President, James Howard, to a TV reporter: “It was important to send a message ... We cannot decide this case by case.” Dereian's attorneys argued that this statement demonstrated the school district's failure to consider Dereian's individual circumstances--a consideration required by Wisconsin's expulsion statutes. Finally, the complaint identified other cases from the Madison Metropolitan School District in which students were found to have brought BB guns to school and were not expelled. From this, it is not difficult to infer that Dereian's race played a more important role in determining whether to expel him than his actual behavior.

This comment examines and proposes ways to decrease the racist disciplinary practices in Wisconsin's public schools. These proposals include (1) requiring schools to implement and utilize non-disciplinary alternatives for suspend-able behavior, (2) mandating that free legal counsel be made available to all students facing an expulsion, (3) adopting a specific standard of proof to be used in expulsion hearings, (4) applying more stringent rules of evidence, and (5) creating more oversight over school board expulsion decisions.

In support of these proposals, Part I of this comment provides a background of expulsion and suspension law in Wisconsin's K-12 public schools. Part II addresses the racist implementation of Wisconsin's disciplinary practices and its effect on Black male students. Part III makes recommendations to decrease racist and excessive discipline in Wisconsin's public schools. Part IV explains how decreasing racist and excessive discipline will positively affect all students. Finally, the Conclusion asserts that without implementing any of the stated suggestions, Black male students' opportunities for success will continue to be harmed by Wisconsin's racist disciplinary system.

Children in Wisconsin have a constitutional right to free public education. Despite this constitutional guarantee, Wisconsin school administrators use suspension and expulsion excessively to discipline students and remove them from school. The students most affected by these excessive disciplinary practices are Black boys. Evidence suggests that Black boys are most affected because of administrator bias and the ease of the disciplinary process. Unfortunately, these disciplinary procedures have long-lasting negative effects on students' lives. Not only do they decrease all students' opportunities for academic achievement, but they drastically increase the likelihood that an expelled or suspended child will grow up to live in poverty and be incarcerated. The Wisconsin Legislature should reform student discipline law in K-12 public schools by (1) requiring schools to approach suspend-able behavior with non-disciplinary interventions first; (2) guaranteeing students' right to counsel; (3) protecting students' right to the evidence against them; (4) protecting students' access to the rules of evidence; and (5) adding additional oversight over the decision to expel. Such reform will not only protect Wisconsin students' constitutional right to a free public education but will also remove some of the racist barriers to students' success.

Government entities have known about the student discipline crisis for nearly a decade. Yet, the crisis continues to grow more dire, with Wisconsin being one of the states with the worst numbers. The Wisconsin Legislature can make a difference in the lives of all students by enacting and enforcing changes to the student disciplinary system in public schools. Without drastic change, students', especially Black boys', opportunities for success will continue to be harmed by Wisconsin's racist disciplinary system.