The Effects of the War on Drugs on Black Women: from Early Legislation to Incarceration

Excerpted from: Tiffany R. Simmons, The Effects of the War on Drugs on Black Women: From Early Legislation to Incarceration, 26 American University Journal of Gender, Social Policy and the Law 719 (2018) (158 Footnotes) (Full Document) 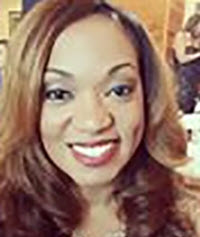 Those wielding the power to enact and enforce laws and guidelines control not only the process, but also the impacts on the community at-large. Legislation surrounding the War on Drugs has increased the number of Black female offenders and has moved these women from traditional homes to national prisons. Understanding the root of what has become a national epidemic is the only means of rectifying this wrong. This understanding will hopefully lead to policy changes and more efficient legislation.

"The prison industrial complex is a cornerstone of the conservative neo-policies emerging in the age of globalization since the early 1970s, which has increased the disenfranchisement of marginalized Black and Latino/a communities and is responsible, in large part, for the circumstances facing Black women when involved with the prison system today." The prison industrial complex (hereinafter "PIC") is not a location, but an abstract concept that defines imprisonment as the cure for most societal ails. PIC is grounded in the interests of the government and industry to protect the public welfare and promote economic growth. Regarding statutory regulations that deal with the use and distribution of narcotics, Black women have been given the keys to open the door to their new rooms in local, state, and federal penitentiaries. Since the official proclamation of a national War on Drugs, Black women have been sentenced to confinement at alarming rates. As part of the analysis of factors contributing to this rise, a balanced approach examining the presumed neutrality of the regulatory sentencing structure versus the biased results is required. Critical Race Theory (hereinafter "CRT") and Critical Race Feminism (hereinafter "CRF") provide a vivid context to further examine this notion. The mass incarceration of Black women is racially motivated and is rooted in the discriminatory nature of the laws enacted in this country. This Article will examine the intersection between those in power and those who experience oppression because of that power.

Critical Race Theory evolved in the 1980s after the Supreme Court dismantled the positive gains made by the Civil Rights Movement. CRT suggests that laws are neutral on the surface, but not in application. CRT also examines the possibility of transforming the relationship between law and racial power, and more broadly, pursues a project of achieving racial emancipation and anti-subordination. In short, CRT provides a broader focus on the conditions of racial inequality.

CRF grew from the cross section of CRT and critical legal studies. CRF is a unique theory in that its foundation is based on the stories of men and women who are not legal scholars. This transformative theory accounts for the many dimensions that make-up Black women and acknowledges the importance of storytelling. CRF also attempts to comprehend the intersection between gender, race, class, and other facets of societal labels within the context of oppression. The theory gives a voice to women of color that is often lost in various forms of writing.

This Article will outline how the War on Drugs has made Black women bear the label of criminal at an astoundingly disproportionate rate.

Part II explains the history of narcotic legislation in the United States from the beginning of the twentieth century.

In Part III, the US Sentencing Commission and its regulatory impact is discussed.

Part IV examines the use of prosecutorial discretion and its use as a tool of oppression.

Part V outlines the role of each U.S. President, from Nixon to Trump, in developing the application of the sentencing guidelines.

Part VI scrutinizes how mass incarceration has not only affected the Black woman, but society as a whole.

The future of sentencing reform is discussed in Part VII.

Part VIII identifies the next face of crime based on statistical data and misapplication of the law. In the conclusion, Part IX, Black women are encouraged to arm themselves with information as a means of protection and activism.

Not surprisingly, there are several prosecutors who believe the race to reform the sentencing guidelines should be a marathon, and not a sprint. However, this way of thinking leads to society believing that it is acceptable to continue imprisoning non-violent criminals for long periods of time instead of focusing on fixing the laws that put them behind bars in the first place. Scott Burns, Executive Director of the National District Attorneys Association, feels the reasons behind Congress' efforts to reform the federal justice system are purely financial. He stated, "[t]hey refuse to fund the construction of more prisons". Building more prisons lends to the notion that there is no faith in a system designed to rehabilitate, and this feeling of despair is transferred to the mindset of Black female offenders. During the height of the War on Drugs, the media portrayed Black women participating in these offenses as persons who engaged in behavior that could destroy the delicate fabric of the American culture and the economic well-being of taxpayers, who would eventually be responsible for the care and treatment of their crack-addicted offspring.

The way laws are currently written leave no room for resources, healing, or advancement for the Black female offenders. Instead, the laws encourage an endless cycle of recidivism and little chance of improvement for Black female offenders' socioeconomic status. She, the Black female offender, needs to be aware of her rights and feel empowered enough to stand up for them. Her voice has been silenced for far too long. Even when facing release, the reentry and reintegration programs are limited and relegate her to roles in service industries. Having to check "yes" next to the box on the job application that asks if you have a criminal record reinforces the negative stigma. Simply being able to expunge their records would enable the Black female offender to wear the label of mother and provide for family and no longer be viewed as an ex-con.

Tiffany Simmons serves as an adjunct professor at American University and Howard University.