The Ballad of the "White" Collar Criminal: an Examination of the Intersection of Race and Gender in Federal White-collar Sentencing and Possible Implications of the Findings

Excerpted From: Taylor Tesher, The Ballad of the "White" Collar Criminal: an Examination of the Intersection of Race and Gender in Federal White-collar Sentencing and Possible Implications of the Findings, 28 Cardozo Journal of Equal Rights & Social Justice 59 (Spring, 2022) (134 Footnotes) (Full Document) 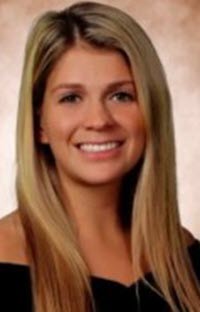 The college admissions scandal captivated the nation when it broke. More than forty wealthy parents were charged in the operation, including actresses Felicity Huffman and Lori Loughlin. The allegations were almost unbelievable: in an FBI investigation dubbed "Operation Varsity Blues," streams of wealthy parents were alleged, and indeed, many subsequently pled guilty to, bribing and cheating their kids' way into elite colleges and universities, including Yale, Stanford, Georgetown, the University of California Los Angeles, the University of Southern California and the University of Texas. The investigation uncovered that the children sometimes faked learning disabilities so that they would be able to take the tests at facilities where staff had been paid off: parents paid between $15,000 and $75,000 a test to participate in this cheating scheme. For another part of the scheme, college coaches allegedly received bribes to designate applicants as recruited athletes--a status which gives them a leg-up in admissions--regardless of their athletic ability, and sometimes when they didn't even play the sport they were supposedly recruited for.

After the operation was uncovered, the indicted parents faced a variety of charges for their non-violent crimes related to the plot, including that of mail fraud, wire fraud, racketeering and money laundering. There was immediate and swift public condemnation of these parents' actions, particularly so because the children of wealthy parents already have an advantage in gaining admission to these elite schools, simply from being born into such immense privilege and opportunity. However, at the same time, attention was being called to certain cases of black mothers charged with similar crimes. Like their counterparts in the scandal, these mothers' crimes were also aimed at helping their children get ahead: they were crimes comparable to their wealthier counterparts in the basic sense, but immensely less drastic in scope and degree. Two of these mothers in particular were Tanya McDowell and Kelley Williams-Bolar.

It first should be noted that the media's treatment and reporting of the Tanya McDowell case is and was slightly misleading. Yes, McDowell was sentenced to five years in prison for the charge of grand larceny, in part, due to her enrolling her five-year-old son in a neighboring, better school district in Connecticut. However, it should be distinguished that the five-year sentence she received was given in conjunction with drug charges she simultaneously pled guilty to. The case of Williams-Bolar, on the other hand, is worth taking a look at for comparison purposes. Although convicted at the state level, Williams-Bolar served nine days in jail and was ordered to pay $30,000 in restitution in 2011, when she was found guilty of using her father's address, instead of her own, in an attempt to enroll her daughters in a better school district than the Akron, Ohio one they would have otherwise been zoned for.

The duration of the sentence imposed and the amount of restitution ordered to be paid by Williams-Bolar is similar to Felicity Huffman. However, in comparison to Williams-Bolar, Huffman's misdeeds were arguably far more brazen: she paid $15,000 to have someone correct her daughter's answers on the SAT examination, in a bid to boost her scores and presumably give her a further competitive edge over other applicants. The parallels of these two mothers, regardless of their circumstance and opportunity, was not lost on anyone, even the prosecutors in Huffman's case: in fact, they mentioned Williams-Bolar by name in their arguments.

In the wake of the scandal, many took to social media to vent their frustrations regarding the vast discrepancies of race, wealth and opportunity that were put so clearly on display. However, such a blatant display of disparate treatment is, unfortunately, nothing new in the criminal justice system. There are countless articles aimed at this very idea: the idea that at almost every juncture of the criminal justice system, there is starkly different treatment of defendants along racial lines. However, one area of study paid considerably less attention is possible disparate treatment within the white-collar defendant community itself, including at the federal level. Such a lack of attention may be explained by the commonly held belief that these defendants are really just white men, and moreover, white men who are treated too leniently in the system anyway. This belief, and the lack of easily ascertainable study regarding disparate treatment within the white-collar defendant community, both pose important questions. These questions include: whom exactly is committing these crimes, and what, if any, resulting disparate sentencing treatment actually exists? These questions are especially pertinent in light of the noted comparison of defendants like Felicity Huffman, when compared to her counterpart, Kelley Williams-Bolar, and this country's history of disparate treatment in the criminal justice system more generally.

This Note seeks to clarify some of these questions. This Note will first seek to define what exactly white-collar crime is. It will move on to examine the demographics of the offenders in the white-collar community, including through a racial and gendered lens. It will attempt to examine sentencing patterns at the federal level across these lines as well, and particularly, if there is any indication of sentencing discrepancies between defendants of different races and genders. This examination will lead to the understanding that there is an apparent lack of information regarding the federal sentencing patterns of Black women, and other women of color, particularly those who commit white-collar crimes.

The inadequacy of research regarding this group of individuals poses more questions--do these particular individuals simply never commit these crimes? What exactly is ascertainable given the current information will be examined, and ultimately, the information found available (and lack thereof) will be shown to have more than one explanation. One explanation of noted discrepancies in sentencing could possibly be due to plea bargaining, and the way in which this practice may set black female white-collar defendants up for a disadvantage. However, rather than racial or gendered bias, a more accurate and all-encompassing explanation of apparent sentencing discrepancies will be shown to be the discretion given to all federal judges at the sentencing stage, in a post-Booker era, and the disparate sentencing practices and climate that the Booker decision ultimately helped to create.

In response, this Note will first urge for further and more concrete research to be conducted on discrepancies of the sentences of white-collar defendants across racial and gender lines, given the scarcity of currently available scholarship dedicated to the topic. Additionally, this Note urges more overall reform at the federal sentencing stage. It will suggest two in particular: both that are plausible and realistic, and modeled after the practices of the recently retired Judge Jack B. Weinstein of the Eastern District of New York. This Note will propose for the federal sentencing statute, 18 U.S.C. § 3553, to be altered slightly: specifically, it will suggest requiring that a statement of reasons regarding the imposed sentence be mandated in each case, not just in cases where the imposed sentence falls outside the Sentencing Guidelines ("Guidelines") range. Additionally, this Note will suggest a more comprehensive, and arguably modern, approach for federal judges to undertake prior to imposing a sentence, a practice similar to Judge Weinstein's. The two reforms proposed would hopefully lead to a more easily ascertainable and coherent sentencing method among federal judges, which could aid the public in understanding why each federal defendant is sentenced in the way in which they are. The two reforms could also aid federal judges themselves, when they are imposing sentences at the federal sentencing stage--including the sentences of black female white-collar defendants.

Judges entrusted with instituting sentences, including federal judges at the federal sentencing stage, are certainly tasked with no easy feat. The sentences they hand down to individuals will have a ripple effect, impacting not only the defendant's life, but the lives of everyone connected to that individual. They are, in many ways, really holding someone's life in their hands. In this way, judges, including federal judges, are instilled a tremendous amount of power. But with this power comes great responsibility. Such a responsibility that is especially important in our present time. The United States is currently at a peak, in regards to distrust in societal institutions, especially the criminal justice system. Such distrust is only strengthened when there is a lack of transparency and understanding as to why certain federal judges impose the particular sentences that they do.

While now is the time of deep anger and frustration by many, such sentiments also present an opportunity for improvement. One way in which to do this would be to dedicate new and additional resources to examining the plight of black women in the criminal justice system, especially so at the federal sentencing stage, where such in-depth research is lacking. This is especially important in the white-collar defendant community, where these particular offenders seem to comprise some of the smallest numbers, and also some of the least amount of scholarship and attention. In a criminal justice system that has long subjected minorities to harsher treatment, such a lack of understanding and attention in this particular area is troubling, to say the least.

Another way in which improvement can be advanced would be to instill some sort of reform at the federal sentencing stage as a whole. There have been ample amounts of time and research dedicated to examining the lack of uniformity at this stage, particularly in a post-Booker world. Given the pitfalls and risks discussed in this article, particularly involving what would come if the Booker decision was thrown out altogether, one straightforward way to strive towards uniformity would be adopt a practice similar to that of the newly retired Judge Weinstein of the Eastern District of New York.

The methods employed by Judge Weinstein, in his in-depth detailing of how exactly he arrived at a sentencing decision in each of his criminal cases, could provide the judiciary with a useful tool for promoting and encouraging public trust through transparency. Such a practice would also, hopefully, encourage greater uniformity not only for each specific federal judge, but the federal judiciary more generally: the hope would be that judges of different districts and circuits would have a clear, coherent and somewhat straightforward way to work towards a better system of consistency, particularly so at the sentencing stage. Additionally, members of the public would be able to more quickly pick up on sentencing disparities by particular federal judges, and hold them accountable by at least speaking out about such observations.

This would be no complete, quick or easy fix, nor is there any guarantee that such widespread practice would successfully accomplish these aims. But perhaps it would be a start, and one step in the right direction. One step in this direction would be one step away from the unfortunate but noticeable low that society seems to have reached, in regards to its faith in the criminal justice system, and the actors within such a system. There seems to be little to lose by something like this, yet something very important to gain: that something being some restored sense of confidence.

Taylor is a a 2016 graduate of Lafayette College, 2021 graduate of Cardozo Law School, and a current special victims prosecutor in Brooklyn.