Pregnancy, Incarcerated: How Incarcerating Pregnant Women in the United States Is Incompatible with Theories Justifying Punishment 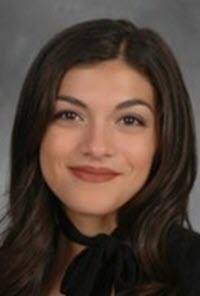 What started with a suspended driver's license soon turned into a posttraumatic stress inducing nightmare for expecting mother Jessica Preston. On March 15, 2016, Preston was driving in Macomb County, Michigan when she was pulled over because of a rosary hanging from and obstructing her rear-view mirror. Upon running her information, authorities arrested Preston because she was driving with a suspended license. The judge set her bond at an unpayable $10,000 and she was booked into Macomb County Jail that same day. After her booking, jail officials discovered Preston was nearly eight months pregnant and had a scheduled cesarean section for April 26, 2016. Preston attempted to explain that the pregnancy was deemed high-risk, but jail officials did not create a treatment plan for Preston for another two days.

Five days after being booked and while awaiting her pretrial hearing, Preston went into labor on March 20th, over a month earlier than her scheduled cesarean. While experiencing contractions between 7:30 am and 12:00 pm, Preston was shuttled between her own cell and a medical cell twice before the jail medical staff ultimately placed her in an uncleaned medical cell at 1:30 pm. Preston gave birth vaginally to her son on the floor of the cell surrounded by jail medical staff just over an hour later, and she remained in jail until May 28, 2016.

Less than two years later five states away, Diana Sanchez went into labor on July 31, 2018, in Colorado's Denver County Jail. Sanchez was booked at eight months pregnant on July 14, 2018 for a probation violation for cashing a check with her sister's name on it. Jail officials were aware of her advanced pregnancy as Sanchez was moved to a medical unit and informed guards multiple times when she began experiencing contractions.

Surveillance footage from inside Sanchez's locked cell shows she began laboring alone. After knocking on the window of her cell and apparently speaking with someone on the other side of the glass, a small, folded absorbent pad--the same sort that pet owners often use for their dogs to urinate indoors--was slid underneath the crack of the cell door. This was the last interaction Sanchez had with any staff or medical personnel before the surveillance video shows Sanchez writhing in pain on the unfolded pad on a cot. At one point, a guard looked into the cell, as Sanchez was agonizing in pain, before he walked away. Only after Sanchez gave birth and the baby was completely delivered did someone enter the cell to examine the newborn.

For too many, Jessica Preston and Diana Sanchez are the pictures of what modern incarcerated pregnancy looks like. Both women filed lawsuits against the jails for violating their civil rights based on the treatment during their respective deliveries and the lack of adequate medical care, resulting in trauma suffered by both women in the form of flashbacks. For Preston, flashbacks have become so severe that she was subsequently diagnosed with PTSD. In addition to the alleged civil rights violations, could Preston and Sanchez seek recourse against jail staff or personnel individually for having negligently handled their deliveries while in custody?

According to both counties, jail staffs' handling of both births properly comported with policies to handle pregnant inmates giving birth. In Preston's case, Macomb County Sheriff Anthony Wickersham explained that he was “one hundred percent” confident everything the jail medical staff did was “within procedures,” including checking Preston twice the morning she gave birth before returning her to her cell after not believing she was in labor. This was a decision that delayed the amount of time needed to get Preston to a hospital. Denver County Sheriff Department spokesperson Daria Serna expressed similar sentiments as Wickersham, explaining that after an internal review, jail deputies took “appropriate actions” and followed proper “protocol and policies” in handling Sanchez's delivery.

It seems archaic that in this century, policies allowing pregnant women to deliver their children on concrete floors, completely alone, and without the supervision of medical staff still exist in the world, let alone in the United States. Macomb County Corporation counsel John Schapka summed up a potential rationale behind such policies, while speaking about Preston's case, stating that “there is no constitutional right to be born in a hospital, or any collateral right to be born outside a jail.”

Be that as it may (indeed, nowhere in the Constitution did the framers explicitly mention birth location), the visceral images of mothers bringing infants into the world within the confines of their concrete imprisonment seem wholly inconsistent with our culture, values, and ideals. Is incarcerating pregnant women consistent with theories behind why we punish?

Jessica Preston and Diana Sanchez merely scratch the surface of giving a face to the population of incarcerated pregnant women in the United States. This examination will begin by taking a closer look at who these women are at both the state and federal prison level, starting with a data-based breakdown of female incarceration trends. It will then turn to exploring the varied theories underlying punishment administered by the state before finally examining whether incarceration of pregnant women in the United States can be reconciled with these theories.

With the two widely held and implemented theories of punishment rendered inconsistent with incarceration of pregnant women, we are left to wonder what alternatives there might be. After all, few would likely view pregnancy as a real-life get-out-of-jail-free card carte blanche. Scholars have developed some mixed theories to combat critiques of pure retributivism and utilitarianism.

One alternative justification is what Jean Hampton refers to as the moral education theory of punishment. Under this mixed theory, the goal of punishment is to teach the offender that the offense she committed is morally wrong. The offender must reflect on why the offense is morally wrong in the hopes she does not reoffend. In this way, a deterrent effect is baked into this method. A moral education theory differs from a rehabilitation utilitarianism model because moral education assumes and requires treating the offender as autonomous. Moreover, the punishment is directed the individual offender herself rather than being directed towards society. Applying this model would take a pregnant inmate's situation into account by recognizing her as a self-determinative individual.

Within the United States' system of punishment, a pure form of the moral education theory does not exist. However, certain limited programs that allow incarcerated pregnant inmates to remain with their newborns provide a glimpse into what adopting a similar justification for punishing pregnant inmates could look like. Prison nurseries, like the one at the all-female Bedford Hills Correctional Facility in New York, allow a small number of low-level pregnant offenders to apply for the program. After giving birth, the women are not separated from their newborns but instead live together in a separate unit of the correctional facility known as the Infant Development Center. Children can live with their mothers up until they are one year old, but mothers can petition for an extension of up to 18 months old if they are close to release. The mothers sleep in the same unit together at night, contributing to a sense of camaraderie and help amongst the new mothers. And during the day, when the children are watched over in the Infant Development Center, the mothers attend daily programming including classes to obtain their GED, substance-abuse treatment and education, and career training. Not only does the program reduce the risks that separation during early childhood development poses, it also seems to be working. The recidivism rate among women who go through the nursery program is lower than that of the general prison population. By combining programs that educate the offenders while emphasizing and supporting their role as mothers, Bedford Hills deploys a variant of the moral education theory successfully and could serve as a model for other states to follow.

An alternative form of punishment to incarceration entirely could include non-custodial measures, such as home detention or a requirement to attend classes while maintaining the flexibility to be seen by normal doctors and nurture the pregnancy. Indeed, non-custodial measures are advocated for on the international level when sentencing pregnant women. However, this would require a complete overhaul of the justice system in the United States, or at least the acceptance of the unique demands required by punishing pregnant offenders.

The problems facing pregnant incarceration are extremely complex and multifaceted. Pregnancy within the criminal justice system presents myriad unique challenges including class, race, and trauma, most of which are not covered with sufficient breadth nor study here. However, this examination primarily serves to reveal basic cracks in the foundations of the justifications underlying our system of incarceration as punishment when pregnant women are placed in that system. There are tenable arguments that the present state of mass incarceration as a whole is inconsistent with justifiable punishment, regardless of who is placed behind the bars. Yet, pregnant inmates present challenges that a carceral state designed for men is not equipped to adequately handle. Until attitudes regarding the goals of punishment shift, incarcerating pregnant women unjustifiably will continue.

Madeline Martin is a J.D. Candidate at the University of California, Hastings College of the Law, Class of 2021.