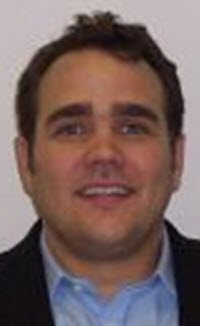 First, it examines whether incarceration has a lasting impact on health functioning.

Second, because blacks are more likely than whites to be exposed to the negative effects of the penal system--including fractured social bonds, reduced labor market prospects, and high levels of infectious disease--it considers whether the penal system contributes to racial health disparities. Using the National Longitudinal Survey of Youth and both regression and propensity matching estimators, the article empirically demonstrates a significant relationship between incarceration and later health status. More specifically, incarceration exerts lasting effects on midlife health functioning. In addition, this analysis finds that, due primarily to disproportionate rates of incarceration, the penal system plays a role in perpetuating racial differences in midlife physical health functioning.

The rapid expansion of the correctional system is one of the most significant and dramatic trends in the legal system and contemporary American society. As of 2004, there were approximately six times more inmates and ex-inmates than in the mid-1970s. Presently, there are more than 16 million felons and ex-felons in the United States. The growth of penal law in recent decades represents an increase in government social control, which in theory falls disproportionately on the lower classes and has implications for other institutions, such as employment, education, medicine, and public health.

Little research, however, examines exposure to the penal system as an explanatory factor in health outcomes or racial disparities in health. Prior research in the law and society tradition has investigated how mental health influences criminal sanctions and how law and medicine can represent competing institutions, yet little work to date explicitly documents the health consequences of an ever-expanding system of penal social control. The present research undertakes that task by empirically examining two questions. First, to what extent does exposure to penal incarceration influence midlife physical health functioning? Second, given the racial disparities in the criminal justice system, does the ever-growing penal system account for some of the persistent racial disparities in health?

While all demographic groups are impacted by the expansion of the penal state, the phenomenon has disproportionately affected various subgroups of the population, in particular black males. In 2002, approximately 12 percent of black males were in correctional facilities. The lifetime cumulative risk (measured to age 34) of imprisonment for all African American males is more than 20 percent. Among African American males without a high school diploma, the lifetime risk of incarceration is 58.9 percent. While strikingly high, these estimates carry additional meaning given that they are at least five times higher than the rates of comparable whites. In perhaps the most striking assessment of the scope and reach of the correctional system, Uggen et al.  argue that correctional policies have caused the emergence of a new “felon class” in society. They estimate that this new “class” comprises approximately 7.5 percent of the adult population, 22.3 percent of the black adult population, and 33.4 percent of the black adult male population.

In light of this rapid expansion of the penal system, a number of observers have considered the implications of the growing size and racial composition of the incarceration system. There is an extensive and growing literature on how crime and punishment impact later life chances and outcomes. Research links earlier crime and punishment with later educational outcomes, employment and marital processes, and the labor market. Research consistently finds that contact with the penal system both lowers the likelihood of obtaining gainful employment and depresses wages in the event of employment, and disrupts marital stability as well.

As a function of differential incarceration rates, minorities disproportionately carry these labor and marriage market deficits. Moreover, Pager concludes that a criminal record is more detrimental to the employment prospects of blacks than whites. Other studies reach similar conclusions, finding that the correctional system disproportionately impacts the marriage market in African American communities. Thus both as a function of who is incarcerated, meaning racial differences in rates of incarceration, and as a function of how, meaning racial differences in the consequence of incarceration, the penal system appears to impact minorities more severely.

To the extent that research has examined the health consequences of incarceration, the focus has been on the rather immediate impact of prisons on health outcomes such as suicide, depression, and coping or problems that impact a relatively small percentage of the population such as severe health limitations. Emerging work has considered how incarceration may contribute to patterns of HIV infections.

The current research furthers that tradition by investigating the lasting consequences of incarceration on general health functioning for a large sample of midlife adults. The article first elaborates on the theoretical and empirical linkages suggestive of a relationship between incarceration status and health, considering such factors as exposure to stress and major life events. The data, methods, and logic of analysis are then presented. Using both propensity score and regression estimators, the results show a significant effect of incarceration on later health and indicate that the penal system accounts for a sizeable proportion of racial disparities in general health functioning. Finally, in the conclusion the article argues that the penal system has grown to the point where it is now a system of stratification touching almost all aspects of contemporary American society, including health functioning, and merits a position alongside traditional systems of health stratification such as the occupational and educational system.

Multiple research traditions are suggestive of a significant association between exposure to the penal system, for instance, incarceration, and later health. These include the literature on exposure to stress, research in the social gradient tradition, work on stratification and health, and life course studies.

While blacks are disproportionately incarcerated, the analysis suggests that the penal system produces significant stratification in physical health for all incarcerated individuals. The penal system has expanded so tremendously that its scope and stratifying impact appear similar to that of other systems of health stratification. Recent estimates indicate that the legal and penal systems have grown to the point where there are roughly as many felons and ex-felons as college students, and there are as many inmates and ex-inmates as men in college. As the footprint of the penal system takes an ever-larger place in the landscape of American society, debates about the scope, goals, costs, and benefits of the penal system are needed. This research seeks to inform and contribute to those debates. To that end, it reaches two basic conclusions about the long-term consequences of incarceration. Incarceration has significant long-term effects on physical health, and incarceration plays a role in perpetuating racial inequalities in health. The effect on health appears so robust and the incarceration disparities so great, that the penal system likely warrants consideration alongside other systems of health stratification.