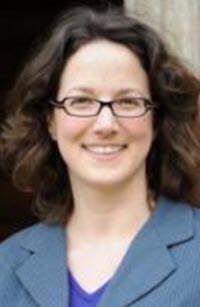 Consider the astonishing life story of Messiah Johnson who, having been convicted in 1997 of armed robbery of a beauty salon and sentenced to 132 years in prison, was released in 2018 on a conditional pardon after the Innocence Project at UVA Law School had, by a mixture of good luck and tenacious investigation, identified the real perpetrator who had even been willing to admit to the crime. Messiah Johnson's conviction was based on unreliable eyewitness evidence; his alibi was not believed. The police had not bothered to look for other suspects. The prosecution had offered him a three-year plea deal, which he hadn't taken, insisting he was innocent. Undoubtedly this is the stuff of great real-life drama--one human being's tragic misfortune turned around against all odds. But does it hold any lessons about the criminal justice system, lessons that extend beyond wrongful convictions to the system's treatment of the “properly convicted”? If it does, it must be central to them that the exoneree is black. How, other than by pointing out that Messiah Johnson was a young black man in a certain place at a certain time, can one even begin to explain the staggering length of the sentence he was given? Even the governor signing his release order couldn't help observing that the sentence was “far outside what should have been adequate to keep Virginia safe.” But one also has to wonder whether, earlier in the process, the racial and socio-economic group he belonged to influenced the police's disregard for the alibi he'd provided and their uncritical acceptance of a wobbly identification, the prosecutor's charging decision, and the sentence he received. He was already stamped a criminal before he got connected to this particular crime.

The criminal justice practices in the U.S. have produced levels and patterns of incarceration that fewer and fewer politicians, scholars, and citizens care to support. There seems to be widespread consensus that the system is indicted as unjust by its outcomes no matter how these outcomes came about. But if that is so, how can it be turned back? Simply waiting for existing prisoners to complete their sentences, and for sentencing and other reforms to reduce new intake and bring down length of stay for those newly imprisoned, will not reduce imprisonment levels to anything near the levels that U.S. history, and the comparison with other nations, suggest are sufficient for crime control. Fixing the problem of mass incarceration will therefore require active efforts to release large numbers of prisoners earlier than their current release date. This raises questions of who should be eligible for release, and on what grounds. Although the phenomenon labelled “mass incarceration”--an outrageously high absolute number and population-based proportion of incarcerated individuals that also shows a stark racialized pattern, with extremely disproportionate imprisonment levels among black men-- undeniably affects a far greater proportion of black men than any other sub-group of America's population, the attempts to address the phenomenon by legal-institutional means often do not appear to be expressly designed to particularly benefit black male prisoners. At the same time, the very project of accounting for the extreme racial distribution of imprisonment in a way that ignores the potential influence of race-based discrimination seems an implicit commitment to continued discrimination. This becomes clear when one considers the four explanatory frameworks or “articulations” that Paul Butler identifies as relevant to political discourses about race and policing: “black male culture and black criminality,” “underenforcement of law [against criminal justice agents],” “relation[s] between the police and [affected] communities,” and “[attitudes and practices of] white supremacy and antiblack racism.” Assuming that these articulations are equally applicable to discourses about race and criminal punishment, they serve as a reminder why explanations of mass incarceration must take race-based discrimination seriously as a possible contributing factor: any attempt to bypass race-based explanations would admit only the first and possibly the second, but not the third and certainly not the fourth articulation into the analysis. The working hypothesis on which this article rests is that all four articulations have some significance in explaining the current levels and patterns of incarceration, and should influence the design of remedies. This article's focus is specifically on African-American male prisoners--in part because the quantitative data regarding this group is most extreme, and in part because some explanatory frameworks that apply to this group of prisoners may be inapplicable or play a weaker role in respect of other racially, culturally, or ethnically distinct groups of prisoners.

The article proceeds as follows:

Part I sets out the main lines of explanation for the staggeringly high levels of imprisonment of black men. It also aims to identify indicators that, amongst black prisoners serving very long sentences, there may be a particularly high proportion of individuals whose imprisonment is unjust because they are guilty but excessively punished, or even factually innocent. Drawing on data analyses provided by a variety of government sources, observer groups, and criminal justice scholars, it presents the understanding of mass incarceration and its causes that underpins the normative arguments and policy suggestions to which this article builds up.

Part II explores the connection between attempts to capture the injustice of mass imprisonment through the prism of “overpunished communities” and the legitimation of punishment of individuals from these communities. Drawing on discussions of mass imprisonment and punishment theory by Vincent Chiao, Ekow N. Yankah, and Hamish Stewart, it develops Stewart's point that mass punishment is wrong because it is “inconsistent with the idea of the rightful condition.” By reflecting on what the absence of a rightful condition means for those expected to abide by the law, the article argues--contra Stewart, who takes it to be the case that this explanation of the wrong of mass imprisonment can sit together with an assumption that each individual prisoner is being justifiably punished on retributive grounds--that the case against the system that produces mass incarceration reaches down to the justification of the punishment of individuals, placing the justice of their individual punishment in doubt.

What, however, follows from this weakened justification for the punishment of individual disadvantaged African-Americans? Although Yankah has offered a forward-looking suggestion that consists in giving shorter sentences to members of disadvantaged communities, backward-looking implications have not been explored. Part III develops the moral case for a clemency scheme focused on black prisoners serving very long sentences. This case is based on three elements: (1) the moral significance of eligible prisoners' ethnic-social group's overrepresentation in the system (the “overpunished community” point); (2) the de facto linkage between such overrepresentation and the heightened risks of prejudice/discrimination, miscarriage of justice, and sentence inflation that prisoners in this sub-group faced, grounding an “assumption of overpunishment” for these prisoners; and (3) a harm-reduction priority that calls for giving attention to those who, if their punishment is indeed unjust, have already suffered a lot and are at risk of suffering the most if the injustice is allowed to continue. An individual's early release thus ought to be based on the strength of indicators that this prisoner's continued imprisonment is unjust. A sensible method by which to gauge the strength of an individual prisoner's case for early release can work with “flags” that indicate the potential presence of injustice (either in the form of unjust punishment of an innocent or in the form of overpunishment even if guilty). Sensitive to each of the explanatory frameworks highlighted by Butler, such flags should track factors that suggest the presence of injustice; and the more flags a particular prisoner's case raises, the stronger that prisoner's moral claim to early release.

An assumption made at the outset of the policy-focused section is that the institutional actors best placed to remedy the individual injustice of mass incarceration for black prisoners serving very long sentences are clemency-competent actors. Although other strategies such as sentence reviews by courts should not be dismissed, the important point is that (whatever the possibilities for court-based or prosecutor-led reductions of sentences) the program suggested falls within the competence of the executive to develop. Moreover, the situation of black prisoners serving very long sentences is sufficiently distinct, and priority-deserving, to require governmental action separate from, and potentially additional to, other avenues for early release.

With a topic that indirectly puts all the ills of the criminal justice system on the table, it is inevitable that authors will be selective in which ones they focus on. Many academics who have addressed mass incarceration have (for the sake of the argument) assumed that individual prisoners are serving sentences that are “retributively just.” This article has rejected this assumption. It has rejected it, first, because it flies in the face of the known facts about the criminal justice practices that have produced the levels and patterns of imprisonment invoked by the term “mass incarceration.” It has rejected it, second, because an argument in favor of the early release of prisoners serving very long sentences, mostly for crimes classified as crimes of violence, will not convince many who cling to the illusion that most of those who benefit from such release are, at that point, serving a “retributively just” sentence. In order to spur political actors into acting, it is important to show why (almost) everyone who benefits from an early release program as an individual is, at that point, not serving a sentence that a decent citizen would describe as “just.” The “flags” that have been suggested in Part III are warning signals for injustice.

When feminists coined the slogan “the personal is political” to challenge political-institutional attitudes and social practices that treated injuries done to women by their sexual partners, with whom they were in some kind of enduring relationship, as a private matter, they challenged the assumption that these attitudes and practices were somehow a response to an “external given” for the political system, and stressed the fact that this state of affairs--the systemic lack of attention to male partner violence against women--was a choice made by the political system. In a similar way, the patterns of incarceration and of criminal records in the U.S. provide a powerful reminder that state punishment is political in a certain sense. Against attempts to hive off responsibility for these patterns to those punished by making--and declaring unchallengeable--the assumption that (allegedly rare miscarriages of justice aside) those recorded as criminals and punished under that system are legitimately punished by it, one needs to stress that their punishment also always reflects a political preference.

Once one makes the argument that punishment is political, it is easier to defend that punishment's flipside--clemency--as also properly part of a system of state punishment: an appropriate corrective of it at the systemic level, and one on which U.S. jurisdictions urgently need to draw to a much greater extent than at present to address the enduring injustices of racialized mass incarceration.

Professor of Criminal Law and Philosophy, University of Cambridge.