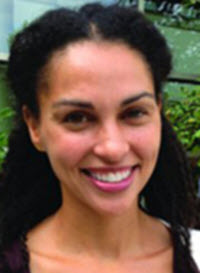 The attack that took place at the nation's Capitol on January 6, 2021, has proven that white supremacy and far-right extremism in policing are some of our country's most dangerous problems. I have previously written about the crisis of white supremacists in law enforcement, and I am not alone. The Federal Bureau of Investigation (FBI) has issued warnings. Congress has held briefings on the topic. Yet nothing has been done to investigate, much less end this terrifying problem. The country's lack of interest in this issue had frightening consequences for democracy and public safety on January 6, 2021.

January 6, 2021 gave the country live insight into the significant peril we face because of key problems within American policing. The world watched a very well-funded police department fail. This failure is emblematic of the issues in law enforcement that activists, scholars, people of color, reformers, and police abolitionists have been warning about for years. Implicit and explicit bias in American policing have resulted in a culture of policing that has made us all less safe. Police and prosecutors have spent a tremendous amount of time and money caging people of color at the expense of investigating and ending the real threats to the country's safety and security: the rise of domestic terrorism, hate crimes, and the far-right's assault on democracy and voting integrity.

Although the stated aim of those at the Capitol that day was purportedly related to election fraud, race and racism played a central role in the attack. The world saw the confederate flag flying both inside and outside the Capitol by the rioters on January 6. This symbol of racism and the violence of slavery was not the only sign of hatred at the Capitol that day. Notorious white supremacists were present at the Capitol. Pepe the Frog shirts, a white supremacist cartoon symbol of the alt-right, a “Camp Auschwitz” shirt, and other racist accessories were worn by insurrectionists that day. In addition to the use of racist symbols, some in the group used racial slurs. Proud Boys who celebrate western chauvinism and other far-right groups were in the predominately white crowd. Leaders and members of neo-Nazi groups like the National Socialist Club and the Groyper Army were also in attendance.

Rather than adequately responding to and stopping this mob of insurrectionists, the Capitol Police enabled hundreds of people to trespass and disrupt the constitutional duties of Congress. Rioters are believed to have caused close to $1.5 million in damage to the Capitol. The insurrectionists' gambit to overturn the election results of 2020 to favor Donald Trump caused members of Congress and the Senate to cower in hiding from imminent and lethal danger. The lives of the vice president, the speaker of the House, the majority leader of the Senate, and hundreds of other lawmakers were jeopardized by the failure of law enforcement. The Capitol Police did not just fail in their most core duty--to protect Congress--they also aided in the breach of our government.

It was not just the attendance of white supremacists that drew concerns of racial bias by police. It was also the generous way in which the mostly white insurrectionists were treated and the inadequate way in which law enforcement was prepared for the rioters. Since the proliferation of cell phone cameras and dashcam videos, the world has witnessed the countless shootings of Black civilians by those sworn to protect them and the Constitution. And only months before the insurrection at the Capitol, we witnessed the heavily militarized police response when American citizens protested violence by police.

Despite the fact that police were on notice about the plans of the mob to disrupt Congress, rioters were met with a less imposing show of force than the response mustered for previous peaceful protestors, and few arrests were made on the scene even though there was a significant amount of violence and property damage. Due to law enforcement's failure to take the individuals responsible for the attack into custody immediately, valuable evidence evaded detection. Contemporaneous searches on the scene of rioters may have revealed firearms or explosives. Warrants for cell phones taken from the insurrectionists could have revealed messages with valuable information about conspiracy and aims inside the Capitol. This will likely result in a lack of serious consequences for some of those involved. It may mean the difference between felony and misdemeanor convictions for some.

A conclusion must be drawn that the attack on the Capitol was enabled by white supremacy and other forms of racism in the very core of law enforcement. Whether those at the top of the Capitol Police Department were blind to the threat posed by Trump supporters because of their race, or were so sympathetic to Trump supporters' ideology and goals that they actively aided them, their response was at odds with their goal of public safety and national security. Foreign leaders noted that the divisions within our country were on stark display at the Capitol, and our adversaries will no doubt continue to explore ways to exploit those divisions. The country must turn its attention to ending the significant threat to safety, national security, and democracy posed by far-right extremism and white supremacy in police departments.

Some law enforcement officials seem to have helped set up this insurrection. An attorneys general organization helped fund and organize the events of January 6. The Republican Attorneys General Association sponsored a group called the Rule of Law Defense Fund that sponsored the March to Save America (along with groups like Tea Party Patriots and Stop the Steal) and sent robocalls telling participants where to meet. The attorney general of Alabama, Steve Marshall, has previously boasted of his relationship with the Rule of Law Defense Fund.

Extreme right police officers from all over the country were involved in the movement. Law enforcement officers from across the United States participated in the antidemocratic rally that preceded the riot and milled about with those waving the flags of hate. Charges have been brought against off-duty police officers who are alleged to have stormed the Capitol. Many others have posted in support of the movement even after the attack. Dozens of Capitol Police officers are under investigation, and six have been suspended for their role in the insurrection.

Law enforcement was complicit in the siege in many different ways. Police officers are charged not only with maintaining public safety, but also with ensuring that the most fundamental processes of our democracy are carried out. They are given weapons, access to sensitive information, and a tremendous amount of power over life and liberty in order to accomplish those goals. As such, addressing the problem of extremism in policing is vital to our safety and to our functioning democracy.

At a time when far-right extremism threatens the entire country, with the rise in hate crimes, mass shootings by white supremacists, hate speech, armed white militias, and now a violent insurrection, the country cannot rely on police to monitor and uphold our democratic institutions. Police themselves have been infiltrated by the very forces that threaten these institutions. Any law enforcement officer's sympathy towards the ideologies of extremism leave us all compromised. If police departments are complicit in the attack on truth and democracy, they cannot be trusted to protect the general public, and thus they serve no functional purpose. Instead, they become a tool to be deployed only by far-right extremists.

Many Americans breathed a collective sigh of relief when reinforcements arrived at the Capitol from the National Guard and other police departments. Americans will only want to see more law enforcement focused on the threat posed by domestic terrorism. Those in the police abolitionist and defund the police movements, however, will point to the Capitol Police's inability to stop the attack on the Capitol and the police's lax attitude towards the attackers as cause for their call to defund or abolish police departments as fundamentally broken. Those who believe in the fundamental underpinnings of our system of government can agree that the threat posed by white supremacists and far-right extremists is an urgent one that must be dealt with immediately, and that weeding them out of law enforcement must be the first step.

This article will begin with a general overview of the problems of racism and white supremacy in policing. Then Parts II, III, IV, and V will discuss the four different ways that far-right extremism and white supremacy within policing made the attack on the Capitol possible. Throughout, I seek to illustrate how each problem in policing, exposed on January 6, harms people of color. The article will conclude in Part VI with ideas for police departments and lawmakers seeking reform.

The threat of white supremacy, other forms of racism, and far-right ideologies in policing enabled the attack on the Capitol on January 6, 2021. Until this fact is acknowledged, police will continue to be a threat to the nation's safety. The purpose of any police department is to protect the community it serves and the US Constitution, but the infiltration of far-right forces into law enforcement threatens the community and erodes whatever trust law enforcement enjoys.

On January 6, 2021, police struggled to control the mob of far-right rioters because police and other law enforcement officers were in the group. Capitol Police failed to recognize the threat posed by the mob because their biases told them that the white crowd waiving confederate and blue lives matter flags were allies, not enemies. The police struggled to protect lawmakers because some Capitol Police officers were enabling their entry into the Capitol and offering encouragement to the insurrectionists. Finally, the Capitol Police struggled to protect lawmakers because law enforcement agencies did not devote resources to focusing on the threat of far-right extremists despite the overwhelming evidence of their dangerousness and threat to the safety of our society.

State and federal police and prosecutors spend billions of taxpayer dollars on prosecuting crimes of poverty and drug offenses but ignore the very real threat of white supremacists and other far-right domestic terrorists. These misplaced priorities have made us all less safe despite decades of warnings of the dangers of these violent groups. The insurrection at the Capitol was the latest example of law enforcement's inability to keep us secure.

The nation witnessed how close our democracy came to falling to an angry mob live on television on January 6, 2021. The danger was felt by most. But, this is the threat that many people of color feel whenever police are deployed to their neighborhoods since the inception of the nation. The crisis in policing is finally on display for everyone to see. Failure to act swiftly and get to the root of the problems in policing endangers us all.