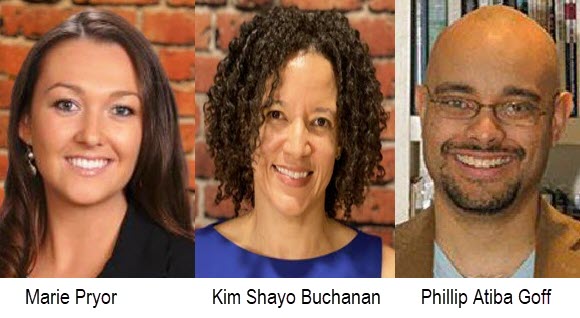 What are the sources of the persistent racial disparities that plague American policing? To date, social psychologists have relied largely on experimental studies to infer the reasons for racial disparities in policing. Relatively few empirical studies have analyzed the causes of racially disparate police behavior in the field . Economists, meanwhile, aim to assess discrimination in policing by estimating the racial disparity in police encounters that can be predicted by yield rates, crime rates, and neighborhood differences in income and demography, attributing any remaining unexplained disparity to an idiosyncratic “taste for discrimination” in the individual police officers. None of these empirical approaches, though, can predict when or where disparities in policing outcomes will emerge. To generate testable predictions about the sources of disparate behavior by police, empirical scholars need to know which situational risk factors predict biased behaviors. They need to know where to look.

For decades, criminal justice researchers have used risk assessments to aggregate situational risk factors and develop risk profiles. Most of the prior research in criminality focuses on the risk of unlawful or violent behavior by residents. To date, very little research has addressed factors that may increase the risk of unjust, unlawful, or violent behavior by police officers. We know from the social psychology literature that attitudes are weak predictors of behavior, including racially disparate behavior. Situational factors can serve as moderators, transforming internal biases into overt actions. The common thread in existing risk assessments is that they aim to capture the predictive factors of certain situations, or situational risk factors. In this article, we extend this tradition to include biased and burdensome policing.

Social psychology has long established that individual predispositions, such as implicit and explicit bias, are weak predictors of racially disparate behavior: External situations influence human behavior much more strongly than individual biases do. Thus, racially disparate policing practices are unlikely to arise solely (or even mainly) from police officers' individual biases: Depending on context, norms, and situational cues, less-biased officers may behave in racially disparate ways, and more-biased officers may behave fairly. For example, in 2013, in the face of sustained public criticism and constitutional litigation over racial disparity in its stop-and-frisk encounters, the New York City Police Department (NYPD) issued several directives that discouraged racial profiling and increased the reporting requirements for such encounters. Although it seems unlikely that the directives would have instantly transformed any beliefs or biases held by individual NYPD officers, the directives produced an immediate, steep decline in the number of stop-and-frisk encounters, and by 2015 the racial disparity in such encounters had been eliminated. If we are looking to reduce racial disparity in stops, searches, and use of force by police, researchers must identify, and policy makers must address, the contextual factors that may frame officers' judgments and behaviors.

Swencionis & Goff (2017) identified five situational risk factors that can arise in policing and have been shown to heighten the risk of discriminatory behavior: discretion, inexperience, salience of crime, cognitive demand, and identity threat. The disparate behaviors that can result from these and other factors can undermine community perceptions of police legitimacy, fray police-community relations, and erode the safety of residents who may fear and mistrust police officers they see behaving in racially disparate ways. The risk factors Swencionis & Goff (2017) identified may offer a research agenda for empirical scholars to examine how basic psychological science translates to this domain, and for police executives and other policy makers to identify policy changes that could mitigate racial injustice. This article considers the application of these five factors to police officers' behavior on the job.

In their day-to-day work, police officers are routinely exposed to the five situational risk factors Swencionis & Goff (2017) identified--discretion, inexperience, salience of crime, cognitive demand, and identity threats--often simultaneously. Police officers, some of whom are inexperienced, are assigned to detect and respond to crime and interact with individuals and communities who may resent them and challenge their identities, all under stressful conditions of sleep deprivation and cognitive overload that tax their executive function. Each of these factors alone, and especially in combination, can aggravate the risk that officers will exercise their judgment in discriminatory ways. The circumstances of officers' work tend to exacerbate the risk of discrimination while minimizing accountability for it, and they enjoy almost unlimited discretion to make mistakes. Yet police officers are not the ones who create this high-risk situation for racially disparate behavior: Their circumstances are framed by policy choices made by courts, lawmakers, and policing executives.

The sources of disparity identified in this article, then, may identify promising sites not only for future empirical research into how and why racial disparities arise but also for institutional changes that could alter the circumstances that foster racially unjust decision making. Although it might be neither possible nor desirable to completely eliminate all policing situations that can exacerbate the risk of discrimination, many of them can be mitigated. It is appropriate and inevitable that police officers turn their attention to crime prevention, but police departments and training academies could review their curricula and training programs to ensure that they do not reinforce the stereotypical association between Blackness and crime. Although some officers will always have to work night shifts and all officers will face on-the-job stress, cognitive demand can be reduced with shorter and more regular shifts and by administrative processes that are perceived by officers as fair. Identity threats could be addressed through training for officers so that they can learn to manage their experience of, for example, masculinity threat or racist stereotype threat, minimizing the risk that they will react to such threats by engaging in discrimination or violence. And the risks posed by untrammeled discretion can be mitigated by systems of accountability for discrimination and inappropriate use of force.

Many of the situational risks for discriminatory police behavior may be institutionally entrenched. By identifying them, we hope to empower researchers, policymakers, and police leadership to take steps to enhance their officers' ability to protect public safety through just, wise, and rational decision making. By addressing the chronic situational risks of disparate policing outcomes, departments can protect officers and communities from their worst days and prevent the kinds of historical tragedies that have occurred too often between non-White communities and law enforcement.