Breonna Taylor: Transforming a Hashtag into Defunding the Police 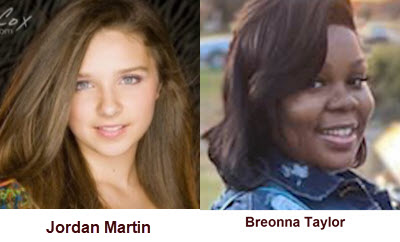 Breonna Taylor was killed in her own home in the middle of the night, yet no charges were filed for her death. In order to convey the depth of egregiousness that occurred that night, a summary is warranted.

Without announcing their entry, officers Jonathan Mattingly, Brett Hankison, and Myles Cosgrove used a battering ram to enter Taylor's apartment shortly after midnight. Taylor's boyfriend fired a single shot in response to the unexpected intrusion, to which the officers then proceeded to fire thirty-two shots into the apartment, six of which hit Taylor. The police account is widely disputed because there was no body camera footage despite department policy. Further, the incident report contained multiple errors, such as listing Taylor's injuries as “none” and indicating that no force was used to enter the apartment. Months later, officer Hankinson was the only officer to be terminated, charged, and indicted; however, it cannot be overlooked that this was only due to his wanton endangerment of Taylor's neighbors, not Taylor's death. Justice for Breonna Taylor has still not been realized, nor has there been any modicum of accountability among the individual officers who killed her or the police department that allowed for her death.

In addition to a twelve-million-dollar settlement for wrongful death, the City of Louisville agreed to institute police reforms to ensure more transparency and accountability as well as demonstrate an attempt to prevent future deaths by officers. The predominant issue, however, is that although these reforms have potential to change local policing practices, they are limited geographically and lack an enforcement mechanism to address the systemic nature of the problem. Moreover, Taylor's death is just one example of why modern policing policies and practices, in addition to the collective police narrative, must transform to address the needs of Black women. Like too many other tragic killings of Black women by police officers that are quickly forgotten, Taylor's death is indicative of who the nation considers expendable. Further, Taylor is unique in her own right as her name was spoken and highlighted in the aftermath of George Floyd's death, unlike many other Black women. Yet that still was not enough to receive justice. While the broader social, political, and economic circumstances involved are beyond the scope of this Comment, Taylor's case can be analyzed and expanded to larger issues like racialized, gendered violence and the culture implicated in defunding the police. Her case is especially provoking in that it should force a reevaluation of American history and a reimagining of policing--including who gets to lead the discussions about reforming the police and how to avoid the costs of prohibiting Black women from participating in that reformation. Reclaiming Taylor's story can become a symbol of change to reshape the collective narrative surrounding Black women's lives and experiences.

This Comment implements intersectional feminism in the Taylor case context to discuss how racial and gender prejudice have coalesced into a new construction of discrimination against Black women in both the modern criminal system and reform movements. Part I of this Comment explores Black women's vulnerability to racialized, gendered police violence as well as the invisibility of Black women's experiences and leadership in reform movements. It then discusses how centering Black women in the police narrative can counteract these unique and complex forms of discrimination. Part II provides insight into how the “defund” movement should be understood conceptually and what that means specifically for Black women. Finally, Part III of this Comment analyzes the centering of Black women in the “defund” movement through an intersectional lens. It argues that both Black women leadership and culturally competent mental health services are necessary to successfully enable and support Black women. It further explains how community-based service organizations can be tailored to the complex needs of Black women.

It should be noted that this Comment focuses on Black women for Black women. It is NOT the intent of this Comment to diminish or displace the systemic inequities which presently plague the lives of Black men, white women, or men and women of color generally. Additionally, there is insufficient space in this Comment to address each nuance of the vast discriminatory legal, social, political, and economic contexts that color all aspects of Black women's experiences. While modest and imperfect, this Comment is offered in the hope that it may meaningfully move the discussion forward in this time of great introspection about racism and modern policing. Thus, this Comment functions to explore the unique and complex ways that the “defund” movement must transform in order to meet the needs of Black women.

As demonstrated throughout this Comment, equality for Black women is limited by their vulnerability in the criminal justice system and their invisibility in reform movements. From a purely logical standpoint, because Black women suffer uniquely and are particularly unlikely to realize justice, it would make sense that anti-racist and feminist reform would center their perspective to capture each nuance within the movement. By expanding the intersectional lens and centering Black women in defunding the police, wider implications can be achieved. What it looks like to authentically transform policing from the Black women's perspective will be different from that of other intersectional categories like Black men and white women.

For this reconfiguration to be successful, it will require men and women, white and Black, and all other multidimensional intragroup differences to individually and collectively recognize that this is not just a Black women's problem, but an American problem. While recognitions have thus far ranged from acknowledging privilege and its corresponding platform to saying her name and actively listening, it must extend beyond “allies” taking responsibility for being uninformed or merely praising Black women for their strength. It must meet the requisite authenticity for Black women to buy in to a movement that will actually follow through. The motivation should be an authentic effort in reforming both the criminal justice system and the reform movement's approach to defunding the police. By doing so, Black women can begin to not only trust that their fate will not end in a shower of bullets while in the sanctity of their own home, but also more importantly, to feel something other than hopelessness and exhaustion. At the very least, Black women should be able to realistically believe that their lives matter, and that they are no longer alone. In closing, it is time to take urgent, affirmative steps by purposely supplying the requisite resources, opportunities for leadership, and mental and emotional support necessary to intentionally prioritize and center Black women.