Blame the Victim: How Mistreatment by the State Is Used to Legitimize Police Violence 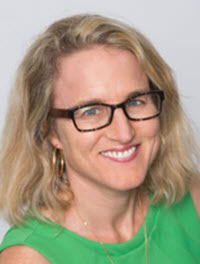 The surprising thing about George Floyd is not that he was forcibly arrested for a nonviolent crime. That is a regular occurrence for Black men in America. Nor is it that he was killed by the police. A recent study published by the National Academy of Sciences found that “[p]olice violence is a leading cause of death for young men”--especially for Black men, who are 2.5 times more likely than whites to be killed. What is remarkable is that the officer who killed George Floyd was charged, convicted, and sentenced to more than twenty-two years in prison.

Take Officer Daniel Pantaleo as a point of comparison. Pantaleo placed Eric Garner in a chokehold after Garner denied selling loose, untaxed cigarettes. A misdemeanor offense. Garner died, but a Staten Island grand jury declined to indict Pantaleo for the killing. Or Officer Betty Shelby. Shelby responded to calls “of a stalled SUV left abandoned in the middle of a road.” A dashboard camera recorded her shooting unarmed Terence Crutcher in the back as he walked away from her with his hands raised above his head. A Tulsa jury acquitted her of manslaughter. Or Officer Michael Slager. Slager pulled Walter Scott over for a broken brake light. Scott fled, and Slager chased him, deploying his taser during the ensuing foot race. Scott fell to the ground, but then got up, and after a brief tussle with Slager, ran away again. Slager fired eight times, hitting Scott five times in the back. Slager initially claimed that he had acted in self-defense, but he was charged with murder after a cellphone video showed him shooting an unarmed Scott from behind at a distance of at least fifteen feet. A mistrial was declared after one South Carolina juror wrote a letter to the court, stating “I cannot in good conscience consider a guilty verdict.” Slager ended up “plead[ing] guilty to a federal civil rights offense” to avoid the possibility of life in prison at a state facility. He was sentenced to twenty years in federal prison for the killing of Walter Scott.

Are these killings and their aftermath anomalies or are they instead reflective of something more systemic? Scholars like Paul Butler contend that cases like these can best be understood as manifestations of a structurally racist criminal justice system. Eduardo Bonilla-Silva defines structural racism as “specific mechanisms, practices, and social relations that produce and reproduce racial inequality at all levels.” To see if that definition accurately describes our criminal justice system, I will turn to the research. Studies have resoundingly shown that, in comparison with white people, the police are more likely to stop Black people, whether in a car or on foot, more likely to search even though they were less likely to find contraband, more likely to use force, more likely to arrest, and more likely to kill. Prosecutors are more likely to charge Black people with more serious charges than similarly situated white people and less likely to reduce charges. And judges sentence Black defendants to more time for the same offense as compared to white defendants, even when controlling for age and prior criminal history.

This article adds to the literature on structural racism by examining the institutional mechanisms that support police violence against Black people. In the process, I illuminate the insidious ways in which state actors exploit structural social, economic, and health mistreatment to legitimize police violence. Police officers exploit this mistreatment in justifying the decision to arrest and the subsequent use of deadly force; coroners wield it when assigning cause of death to something other than the police; prosecutors harness it in rationalizing not to charge; jurors employ it when deciding not to convict; and judges lean on it when minimizing punishment. In essence, I argue that a victim's prior mistreatment by the state is used as institutional mechanisms of structural racism.

Although I focus on Black people, these arguments could be extended to other marginalized groups. For example, the history of racism against, and mistreatment of, American Indians and Latinx people in the United States is well-documented, and there is clear evidence that this mistreatment impacts policing. For example, according to the National Academy of Sciences report mentioned above, American Indian men and Latinx men are respectively between 1.2 and 1.7 times and 1.3 and 1.4 times more likely to be killed by the police than white men. Analyzing the institutional mechanisms that support police violence against Latinx and American Indians is of paramount importance; however it is beyond the scope of this article.

This article proceeds as follows. I begin by discussing how arrest has always been used as a means of exploiting Black people for the economic benefit of the state, and how the trauma of past police contact is used to justify arrest. In Part II, I consider police use of deadly force. I explain why there are little legal or institutional constraints on an officer's decision to use deadly force, and how and why that has particularly deadly consequences for Black people. In Part III, I delve into why so many police killings are not classified as such and how forensic doctors use traits that are vestiges of slavery to hide police responsibility. In Part IV, I examine the close relationship between the prosecutor and the police and how it impacts the prosecutor's decision to file charges. In Part V, I delve into why jurors are so unlikely to convict police officers, and in Part VI, I discuss how, in the rare event that there is a conviction, police officers benefit from their victim's past mistreatment by getting lower sentences then they arguably deserve under the law. Lastly, Part VII builds on the previous parts by suggesting reforms to these institutions that will bring about meaningful and lasting change.

The killings of George Floyd, Eric Garner, Terence Crutcher, and Michael Scott are more than just isolated tragedies. They are manifestations of a structurally racist criminal justice system. Eduardo Bonilla-Silva describes that system well when he writes, “[i]n contrast to race relations in the Jim Crow period, however, racial practices that reproduce racial inequality in contemporary America (1) are increasingly covert, (2) are embedded in normal operations of institutions, (3) avoid direct racial terminology, and (4) are invisible to most Whites.”

From arrest through sentencing, the fact of race, the legacy of slavery, and the legal consequences of that legacy are imbedded in the very foundations of our legal system. Police, coroners, prosecutors, jurors, and judges. However unintentionally or unaware, each perpetuates a system in which Black people are more likely to die at the hands of the police because police aren't held accountable. In this article, I have discussed the various institutional mechanisms that help to reproduce and legitimize police killings. They include vagrancy and civil forfeiture laws, which, though facially neutral have been deployed disproportionately against Black people; institutions like the Supreme Court, which has effectively legitimized racial profiling by the police; and actors like prosecutors and coroners who are so intertwined with law enforcement that it is almost impossible to hold the police accountable.

The most insidious mechanism of all, however, is the way prior mistreatment has been harnessed against Black people as justification for continuing state violence against them. Police officers exploit this mistreatment in justifying the decision to arrest and the subsequent use of deadly force; coroners and medical examiners wield it when assigning cause of death to something other than the police; prosecutors harness it in rationalizing the decision not to charge; jurors employ it when deciding not to convict; and judges lean on it when minimizing punishment.

Although prosecuting individual officers who kill is important, it fails to address the more foundational problem. Unless and until we acknowledge the racial foundation of our criminal justice system, we will never be able to truly address police violence. At stake is nothing less than the next George Floyd, Eric Garner, Terence Crutcher, or Michael Scott.

Tamara Rice Lave is Professor of Law at University of Miami School of Law.