Ignoring the Cries of Black Mamas: Looking Beyond Tort Law to Ensure That Black Mothers Are Heard During Childbirth 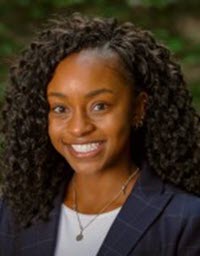 Simone Landrum was thrilled to discover that she was pregnant with a daughter. However, Simone quickly realized that something was off: her hands, feet, and face were becoming increasingly more swollen. Her doctors, whose services were covered by Medicaid, repeatedly brushed aside her complaints and instructed her to take more Tylenol. As Simone's pregnancy progressed, she received test results indicating that she had elevated blood pressure, a sign that she had pre-eclampsia, which is dangerously high blood pressure during pregnancy.

Simone's pain and fatigue intensified, and her doctors again brushed off her concerns and instructed her to “lie down--and calm down.” The pain that Simone experienced became so unbearable that there was no denying that something was terribly wrong. After arriving at the hospital by ambulance, she learned that her dangerously high blood pressure caused her placenta to separate from her uterine wall, an occurrence known as abruption. Simone did not get to leave the hospital with her baby girl. Instead, she delivered a stillborn infant via C-section. Throughout the pregnancy, Simone informed her doctors of her pain and symptoms yet faced routine dismissal of her pain by her providers. Simone's doctors brushed off her pain and failed to inquire further into her case. If Simone's doctors had acknowledged her pain and taken additional measures to look into her case, she may have left the hospital with a bouncing baby girl in tow.

Health disparities in maternal health outcomes are rooted in systemic racism, the effects of which are still present in the medical field. According to the Centers for Disease Control and Prevention, Black women are three times more likely to die of childbirth-related causes than their white peers. Additionally, socioeconomic status does not shield Black women from fatal encounters with childbirth, which illustrates the severity and pervasiveness of the issue. Serena Williams's severe medical complications arising twenty-four hours after the birth of her daughter Olympia almost killed her. Despite the financial resources and prominence of the tennis legend, Williams's story illustrates the pervasive issue of Black women experiencing delivery complications. Simply put, Black women must fight to be taken seriously about their bodies and their real experiences of pain. The startling maternal mortality rate for Black women “is a reflection of how black women and their pain are ignored” by medical providers.

The birth outcome disparities between Black women and their white peers illustrate that the medical industry desperately needs to undergo a paradigm shift. Thus, this Comment makes a critical assumption: by expanding Medicaid to implement a more comprehensive system, states could help eliminate the racial inequities that currently plague the medical system. Medicaid covers half of the births in the United States. Therefore, if states lacking comprehensive Medicaid programs underwent expansion, the racial inequities present in the medical system could be reduced or eliminated. Further, women receiving midwife and birth center care have better birth outcomes that are less costly than traditional birthing care. With “the best outcomes for mothers and babies occur[ring] in states where all types of midwives are regulated and integrated into the health care system,” states should recognize midwifery care as the legitimate form of care that it is.

Accordingly, states should expand Medicaid to include the equal reimbursement rates of midwifery and doula services and provide licensure mechanisms for freestanding birth centers as a route to eliminate the disparate birth outcomes for Black women. Although tort law is one route to make harmed mothers whole again, medical malpractice suits targeting the harms that arise from childbirth often prioritize fetal harms over the harms suffered by mothers. This often precludes a finding in favor of the mother. Therefore, Medicaid expansion should include full reimbursement of doula and midwifery services as a proactive measure to reduce the harms that arise during childbirth, thereby eliminating the need for Black mothers to resort to tort litigation.

This Comment proposes measures that could help reduce the maternal mortality rate. Accordingly, Part I examines the implications of the transformation of childbirth into a medicalized event and the effects of racial discrimination, both of which are factors that explain the disparate birth outcomes for Black women. Part II summarizes the benefits of holistic birthing methods, which include midwifery and doula services, as well as freestanding birth centers. Part III then describes the midwifery model and the benefits of such an approach, as opposed to a physician-attended birth in the hospital setting, to counter the effects of societal racism and discrimination. Part IV illustrates the drawbacks of tort law in making harmed birthing women whole again and explores how a prevention-based approach could eliminate the need to resort to tort litigation altogether. Part V posits that the alteration of Medicaid to encompass the full range of ways by which midwifery and doula services are offered is the critical change needed to reverse the negative birth outcomes of Black women. Finally, Part VI concludes by urging policymakers to embrace holistic birth methods as a legitimate form of care to protect Black women during childbirth.

The pain that Simone Landrum experienced from losing her baby girl during childbirth--a wholly preventable death--is just one example of the losses that arise unnecessarily during childbirth. The disparities in birth outcomes for Black women illustrate the dire need for change that attacks the problem rather than an approach that targets the harms that result from inadequate care. Despite its abolition, the vestiges of slavery still linger in the health care system, manifesting in physicians' failure to take their Black patients seriously, the general distrust that Black individuals feel toward the health care system, and microaggressions that Black patients face from medical staff. The medicalization of childbirth thrusts women of color into hospitals, the very institution that far too often perpetrates violence against Black bodies.

This Comment illustrates how all of these elements, when combined with the stress of being a Black woman in America, warrant a holistic view of childbirth that envisions birth as more than a purely medical event. Rather than relying on tort law, which is an important route to hold wrongdoers accountable, this Comment argues that the expansion of Medicaid to cover the services of CPMs at rates equal to physicians and reforming or creating routes to register and recognize freestanding birth centers would provide Black women with a birthing experience tailored to their individual needs. By advocating for a more holistic and accessible way to obtain out-of-hospital and midwife-attended births, Black women may be able to exert autonomy over their birth experience, which will begin the necessary movement toward eliminating the disparity in birth outcomes. While the changes this Comment proposes require fierce lobbying and grassroots efforts, in the interim, this Comment aims to generate discussions about the benefits that result from midwife and doula services, as well as freestanding birth centers.