Judicial Selection: Diversity, Discretion, Inclusion, and the Idea of Justice 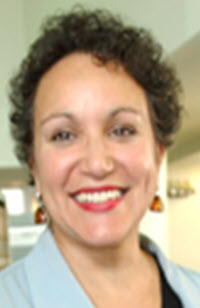 Judicial selection norms are being tested in significant ways. The current President Donald J. Trump is breaking standards of governance and political discourse related to judging and the rule of law in troubling and dangerous ways. At the same time, the abandonment of years of bi-partisan approaches to judicial selection in an era of extreme political polarization in a bald effort to gain “conservative” control of the federal courts, has raised the stakes for judges, justices and the process of judicial selection. The implications of this shift are likely to be experienced for decades. The United States' constitutional system, governed by adherence to the rule of law in a structure of separated powers, checks and balances is under significant stress given presidential statements and actions that run counter to law and well-established governance norms and are largely unchecked by Congress. Moreover, concerns about blatant racial and ethnic bias and animus by the current President further highlight the importance of an independent, impartial, inclusive, and accountable judiciary to check unlawful and unconstitutional actions.

Several observers have noted that the Senate's silence in the face of egregious presidential statements and actions (including several ostensibly impeachable offenses and unconstitutional actions is based primarily on the goal of filling the federal courts with “conservative” judges and justices. This raises concerns about the blatant politicization of the federal bench and its implications for the rule of law and the courts' legitimacy. Another striking feature of the current administration's selection of judicial appointees is their overall lack of diversity. The highly political and starkly exclusionary approach to judicial selection is cause for deep concern. It raises questions about how to establish a process of judicial selection and appointment that will safeguard the judicial branch's legitimacy and serve justice and fairness.

How do we best select judges who possess qualities that best serve the delivery of justice and fairness? Significant scholarly and practical attention has focused on debates about election versus appointment of judges, whether judges are primarily legal or political actors, the influence of campaign money on judicial independence, and the need for greater inclusion on the bench of members of historically under-represented and subordinated groups.

Improving the “diversity” of the bench often has been discussed as a component of judicial selection and presented as a goal that nominally has had the support of the mainstream legal community. President Jimmy Carter made the first notable progress toward improving diversity on the federal bench. The Obama Administration was applauded for making strides in diversifying the federal bench. Some state and local court systems also have made significant advances in diversity.

Judicial selection methods that support fairness and impartiality are particularly important at a time when there is significant evidence of bias and animus on the part of the Executive. Today, there is deep concern that on the federal level, the goal of judicial diversity has been not only abandoned, but reversed. “As of June 1, 2019, over 75% of federal judges confirmed under the Trump Administration are male and almost 90% are white.” Even during the prior period when judicial diversity was championed as a stated bi-partisan goal across the nation's federal and state court systems, that goal remained stubbornly elusive. Improving judicial diversity will require political change. But it will require more than that. To improve diversity over the long run, socially embedded notions associating impartiality with colorblindness (read “whiteness”) and diversity with bias must be challenged and soundly debunked.

This article begins with background about the state of judicial diversity in federal and state courts and obstacles to improving diversity and increasing inclusion. It will examine arguments made supporting and opposing judicial diversity as a goal. Part II will explore common judicial selection narratives that present diversity as contrary to impartiality and fairness. It will connect some of these narratives to public perceptions of the judge's role-- from a formalistic notion of judges as automatons or umpires who exercise very little discretion in decision-making to competing notions of judges as no more than politicians in robes. It will then briefly explain the pervasiveness of legal ambiguity and why it requires judges to be much more than umpires and instead to exercise discretion, empathy, and judgment within the law's constraints. It will also note the importance of the rule of law and norms of judging that require judges to be more than mere politicians in robes.

Part III will relate these views to common theories of the judge's role that are based on transcendental notions of justice, fairness, and impartiality and a social contract expressed in philosopher John Rawls's “view from nowhere.” This section will focus on Rawls's articulation of this theory of justice and explain how it has been erroneously used in narratives about impartiality and neutrality as a rationale for resisting inclusion and diversity in judicial selection and decision-making. While acknowledging the appeal of Rawls's theories of justice and fairness, this section will explain their limitations and misapplication in the practice of improving justice.

It will discuss theories of justice that critique the transcendental approach and support the view that the inclusion of persons representing diverse views and experiences is and should be a key consideration in improving justice. Drawing on the work of Amartya Sen, Iris Marion Young, and others who address ideas of justice that take account of difference, this article will connect the development of an idea of justice that moves away from Rawls's “view from nowhere” to Sen's notion of the possibility “of plural and competing reasons for justice, all of which have claims to impartiality and which nevertheless differ from--and rival--each other” as articulating strong theoretical support for a judicial diversity as a central concern in the delivery of justice.

The goal is to make more explicit the theories of justice behind the narratives that oppose consideration of diversity and to offer alternative theories that explain why inclusion of diverse perspectives is important to improving justice overall. This examination rejects (and does not discuss) blatant bias, racism, and discrimination applied to judging and judicial selection. Where such views are evident, they are disqualifying and have no place in judicial selection or the justice system. Rather, the goal here is to help uncover and address implicit notions that diversity is incompatible with impartiality and to demonstrate that diversity and inclusion improve fairness, empathy, and impartiality in judging.

In explicitly noting background theories at work in narratives seeking pure impartiality, and highlighting competing theories that offer a different, more inclusive, and more practical view of justice, a goal is to help change the tenor of the debate around diversity in judicial selection and note its importance to improving substantive justice (rather than just the appearance of justice). It is also hoped that this effort contributes to the task of creating a new, broader sense of how “we the people” are reflected in the third branch of government.

Diversity and particularly the inclusion of members of historically marginalized groups are of central importance in judicial selection. Identifying embedded notions of impartiality and fairness that imagine a “view from nowhere” as a requirement of justice and offering a contrasting notion of justice and impartiality that involves an inclusive view from everywhere may help those in the process of judicial selection reconsider assumptions about judging and judicial selection. Understanding the pervasiveness of legal ambiguity and that judges' experiences as well as their credentials influence how they decide cases, makes it imperative that the process of judicial selection have as a central consideration diverse representation on the bench. This is particularly true with respect to race, gender and class. If the goal is to provide justice to litigants who represent a broad spectrum of backgrounds and experiences, every effort must be made to construct a judiciary that is inclusive and represents the diversity of backgrounds of the litigants who come before the bench.

The imperative of diversity from the perspective of improving justice must focus on inclusion of members of traditionally underrepresented, marginalized and silenced groups. To establish a system of justice that makes strides toward a broader notion of “we,” diversity in judicial selection must be a central consideration. Acknowledging the true role judges play as well as the existence of multiple “just” positions on many issues, allows a more realistic frame from which to consider impartiality. Impartiality may thus be understood as an open-minded view from everywhere rather than a transcendental “view from nowhere.” Impartiality understood in this way opens judging to fairer and more just applications of law to fact, particularly in matters involving discretion and legal ambiguity. Fostering inclusion provides a greater opportunity to improve aggregate justice in the manner identified in Sen's Idea of Justice and in Young's notions of justice as related to difference.