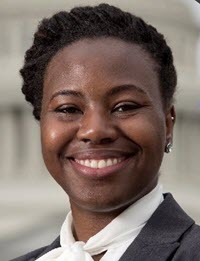 Private racial profiling is not new, but racially motivated 911 calls are a new method for private citizens to police Black people. Specifically, #LivingWhileBlack refers to the recent increase in 911 calls white people make on Black people who are going about normal daily activities. These everyday activities have included a family eating at Subway, a young girl selling bottled water, friends checking out of an Airbnb, a group of women golfing, a child accidentally mowing a part of someone else's yard, and so many more. “For whites--most of whom never think twice about driving the highway, shopping at the mall, eating at a restaurant, entering an elevator, or walking around their block--there is no parallel experience.”

When someone makes a 911 call reporting Black people for an illegitimate reason, the response from police varies. These 911 calls serve as a reminder to Black people and other people of color of their marginalized place in society. This issue is even more problematic when considering the history and effects of policing and the resulting trauma on Black people. This Comment suggests legal remedies for the victims of racially motivated 911 calls to deter subjecting innocent people to unnecessary intrusions on their peace due to callers' biases.

This Comment uses hashtags in recognition of how social media has shaped racial justice conversations and to connect this Comment to the evolving discussion of #LivingWhileBlack. Hashtag activism is the latest development in digital activism that involves “discursive protest on social media united through a hashtagged word, phrase or sentence.” This Comment focuses on #DrivingWhileBlack, #ShoppingWhileBlack, and #LivingWhileBlack, but they are all stories about the Black experience linked to #BlackLivesMatter. Black Twitter and other social media platforms use these hashtags to recognize issues that the rest of the world ignores, and Black Twitter's “use of hashtag activism is a unique fusion of social justice, technology, and citizen journalism.” The stories this Comment highlights have been shared widely and are known because of these hashtags. This Comment's legal arguments are dependent on the preexisting history and timeline that the stories, connected by these hashtags, establish.

This Comment concludes that callers would confront their implicit or explicit biases before making a 911 call if they were aware of a legal consequence that would hold them accountable.

The Civil War ended slavery over 150 years ago. The Jim Crow era ended over fifty years ago. Yet, the battle for equality and equal treatment under the law is still being fought. There is no difference between slave codes restricting free Blacks from walking alone and a Black person having the police called on them today for doing the same thing. Instead of the strict vagrancy laws of the Black Codes, a Black person today can have the police called on them for being perceived as a vagrant. Instead of signs explicitly saying what is for white versus Black people, a white person can use the police as their removal service. At their core, racially motivated 911 calls affect the victim and all who perceive them. These calls echo a message about who belongs and who does not. This Comment serves to educate on these lasting vestiges of segregation and discrimination and spur a dialogue about confronting bias. The law can encourage this reconciliation.