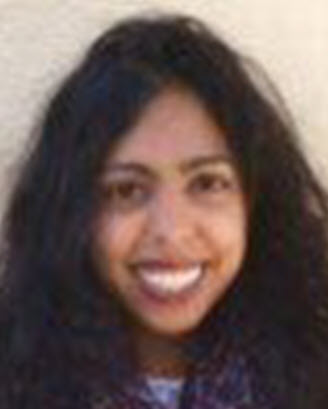 The notion that the Supreme Court has used, and continues to use, the Constitution as an instrument to uphold White supremacy since the inception of our nation is hardly a novel concept. The Court's use of colorblindness as a mechanism to maintain White racial privilege by creating legal frameworks that make it increasingly difficult to prevent, proscribe, or prosecute race-based violence is increasingly interrogated and exposed. Indeed, it is through the Court's treatment of race-based claims in Fourteenth Amendment Equal Protection Clause cases that we can most clearly see the employment of colorblindness as a vehicle to preserve the status quo. But, the idea that the Court has long taken a colorblind approach to constructing the contours of the First Amendment--highlighted by its laissez-faire attitude towards certain forms of hate speech a manner that likewise preserves White privilege, is less often acknowledged or discussed.

For example, many preeminent legal scholars have examined the deleterious effect that the Court's non-regulation of hate speech can have on the psyche of minorities; however, it is difficult to find mainstream liberal scholarship that faults or rebuts the Court's initial presumption against content-based discrimination under the First Amendment. Deregulation of speech is viewed as a fundamental civil liberty in American society, synonymous with "freedom" and "democracy." Thus, the Court, through its fashioning of First Amendment hate speech jurisprudence, and its vehement opposition to content-based restrictions, has divided scholars into two camps. The first camp takes the content-neutral, absolutist (read: colorblind) approach that speech should remain unburdened by regulations that obstruct the free flow of ideas. The second camp, generally comprised of critical race theorists, posits that the Court should institute greater protection for minorities who are more vulnerable to the effects of hate speech. The American Civil Liberties Union ("ACLU") leads the first camp in the debate on hate speech, and, for progressive legal scholars who otherwise agree with the ACLU's position on most topics, it can be a source of great frustration. It can be especially frustrating for legal scholars of color who are personally affected by the prevalence of hate speech. Or worse, scholars of color like myself, who are negatively affected by hate speech, can be made to feel feeble-minded for taking offense to such speech. This subdual is, arguably, a direct result of the Court's colorblind construction of the First Amendment.

This article critiques the ACLU and the Court's content-neutral position by refusing to choose sides in a debate that is doomed from the start. Of course, any argument that leads with the proposition that there is a First Amendment right not to have one's feelings hurt, and then follows with the assertion that the Court should act to suppress speech anytime a minority is offended, will be greeted with great skepticism. Rather, this article will illustrate how the ACLU's support of the Court's colorblind approach to analyzing hate speech--and specifically, cross burning under the First Amendment--is frustrating precisely because it serves as yet another example of the reification of White supremacy within constitutional law.

Using First Amendment cross burning cases as a vehicle, this article seeks to expose the Court's commitment to preserving the status quo with respect to racial hierarchy.

Part I of this article provides a brief primer on First Amendment jurisprudence and how the Court has crafted its colorblind, content-neutral contours. Parts II and III discuss the ways in which the Court and the ACLU maintain White privilege when they examine both "fighting words" and "true threats" by looking chiefly at what the speaker intends by the speech, and not what a reasonable marginalized listener receiving that speech would consider to be fight-inducing, or threatening, respectively.

Part IV, this article addresses how the Court and the ACLU reify White supremacy by characterizing hate speech as a form of valuable political debate. In other words,

Part IV examines how the Court's unwillingness to uphold content-based restrictions on conduct like cross burning illustrates its belief that cross burnings' expressive content is not worthless or of de minimis value to society, and that it belongs within the marketplace of ideas, which is troubling, to say the least.