Race and Wealth Disparity: The Role of Law and the Legal System 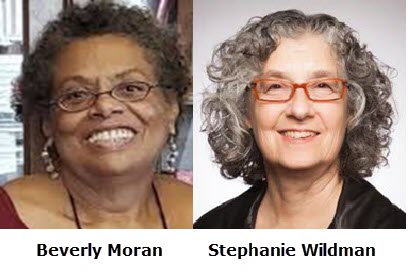 Many authors in the forthcoming book Race and Wealth Disparities: A Multidisciplinary Discourse assume that law plays some role in the creation and maintenance of wealth disparities based upon race. Yet some lawyers, judges, legislators, professors, and law students would strongly dispute that view. Many legal workers, like other Americans, believe in a legal system that aspires to, and often achieves, neutrality in matters of class and equality in matters of race. They do not view law and the legal system as one way that American society polices race and wealth disparities. Because American law seems removed from race and wealth concerns, legal workers see no place for such considerations in their education or practice.

In response to the prevalent view that American law and legal institutions are class and color blind, this Article provides examples of how legal institutions sometimes do create and maintain racialized wealth disparities. The Article offers examples of this phenomenon by examining a sequence of federal judicial decisions, the federal taxing statutes, the role of legal education, and access to legal services. These examples are instructive because they cut across a broad spectrum of components of the American legal system. By revisiting issues of race and wealth in different legal settings from the Constitution to federal cases, the tax system, and legal education and practice, this Article confirms that race and wealth are both involved in legal outcomes and ignored by legal actors and institutions in a systematic way. Legal actors and citizens of all vocations need to look more critically at the American legal landscape and critique the influence of race and wealth.

America's foundational aspirations toward equality and neutrality allow legal actors to ignore the effect that race and wealth disparities have upon law and the legal system, even when those actors acknowledge how often law fails to achieve these ideals. Legal realists, critical legal theorists, critical race theorists, feminist theorists, and others have noted the contradiction between legal doctrines and legal realities. Yet, despite its contradictions and failures, the urge towards equality and neutrality creates opportunities for change. As E.P. Thompson observed, “people are not as stupid as some . . . suppose them to be. They will not be mystified by the first man who puts on a wig.” For Thompson, neutrality and equality provide opportunities to redress an unequal class system even while these concepts also protect ruling class interests. Thompson reasons that a “partial and unjust” law cannot gain popular support and so is not useful in maintaining class hierarchy. Thus, the aspiration for universality and equity can sometimes force law to follow its “own logic and criteria of equity.”

From its beginnings, the American legal system has articulated two distinct, yet contradictory, views of human relations. The Declaration of Independence aspired to equality among people and neutral application of law. Yet at the same time, Article I, section 2 of the United States Constitution provided that the census shall count “the whole Number of free Persons, including those bound to Service for a Term of Years, and excluding Indians not taxed, three fifths of all other Persons.” This constitutional provision allocated roles by race for the construction of political rights: Indians outside American society; black slaves; and white male full citizens, whether free or bound for a term of years.

Ironically, neutrality and equality can support subordination and hierarchy. Anatole France illustrated this point when he sarcastically applauded the majestic equalitarianism of the law, which “forbids the rich as well as the poor to sleep under bridges, to beg in the streets, and to steal bread.”

In 1943, Robert Hale echoed France's sentiment, as he wrote about the law's role in creating unequal bargaining relationships and unequal wealth effects. Hale explained that wealth gives its owner control over his or her own life and leisure and over other people's lives as well. Hale illustrated this control of the wealthy over the working classes through the greater bargaining power that capital has over labor, especially low-skilled workers. This unequal bargaining power leads to the inequitable distribution of wealth as those with control over capital can extract work from others without just compensation. As seen in Hale's work, legal neutrality claims that law has no effect on this wealth distribution. Instead, law simply protects property rights and freedom of contract. Under this concept of legal neutrality, other institutions, for example the market, fuel the wealth distribution occasioned by unequal bargaining power.

Hale rejected the claim that legal neutrality has no wealth effects. Rather, Hale pointed out that legal rules lead to particular wealth distribution patterns and that different legal rules create different wealth distribution patterns while still protecting property rights and freedom of contract. For Hale, the allegedly neutral system of American property and inheritance laws does more than merely protect private property and freedom of contract; these laws also give property owners power over workers to the detriment of most Americans.

In order to expand the chart at the same 160,000 people per icon scale and include those who earn combined incomes of up to $300,000, the poster must add eight feet in height. Few icons populate this extended chart representing people who earn more than $125,000 annually. In order to reflect the 150,000 households with more than $1 million in yearly income, the poster must grow three stories high.

Although Rose's poster tells a different story, the American myth perpetuates the idea that anyone can climb those three stories in one lifetime. This belief coexists with public rules and private practices that have tied wealth to race for generations. As a result, non-whites are even less likely to move out of poverty than whites.

The disparate, distributional result that ties race and wealth has been supported throughout American history by government programs. The United States began as a slave nation, and the end of slavery did not break the tie between race and wealth. Most people are aware of the failures of the post-Civil War Reconstruction and the emergence of the Jim Crow system of segregation. Few are as aware of how the liberal New Deal tied race and wealth. The New Deal introduced the notion of an economic safety net into American politics. As such it pulled many Americans from poverty. But the New Deal also excluded agricultural and domestic workers from that economic safety net because those occupations served as a “neutral” proxy for race. After World War II, the government continued to enrich its citizens based on race through the Federal Housing Administration, which made home ownership available to working class whites, while excluding black buyers through redlining and other exclusionary practices.

These government programs increased white family well-being significantly while systematically excluding blacks, Indians, and others. Yet, because each program based exclusions on seemingly neutral factors, many whites have never understood the role their race played in their rise from poverty to middle class status.

Hale argues that contract law is driven by bargaining power and made up of seemingly class neutral rules that actually shift bargaining power to owners of capital and away from labor. Favoring the wealthy over workers is not the stated justification for these rules. Instead, proponents justify these rules as the most efficient means of supporting an important social goal called freedom of contract. The rules ignore the fact that, without true bargaining power, there can be no freedom of contract. Thus the rich and the poor share in the same freedoms which somehow mysteriously tend to favor the wealthy. The New Deal developed seemingly race-neutral rules that actually shifted wealth away from blacks and towards whites. These rules were not presented as part of an effort to bring the white working class into the middle class while leaving black America in Depression conditions for another forty years. Yet, by restricting benefits to whites either explicitly--as in the federal home mortgage arena--or implicitly--as in Social Security--these government programs helped ensure that government benefits would enforce an income and wealth gap between white Americans and their non-white counterparts. These gaps, first between the wealthy and everyone else (which is enforced by contract law among other legal rules) and between black wealth and white wealth (perpetuated by historical gaps in government benefits), occur in a wide range of assets, including access to education.

Louis Brandeis once warned that: “We can have democracy; in this country; or we can have great wealth concentrated in the hands of a few, but we can't have both.” In the United States, race and wealth are so intertwined that the wealthy few are also almost invariably white. If Brandeis is correct, and democracy cannot exist alongside concentrated wealth, then perhaps wealth concentrated by race presents an even greater threat than wealth that is concentrated through more random means.

Most disciplines seem to believe that law plays a role in creating and maintaining wealth and race disparities. This Article shows that from the origins of the nation when the United States Constitution explicitly established racial roles to the present, government policy often directed wealth from Indians and blacks towards whites. This Article discussed one ironic aspect of legal method that helps legal institutions and doctrines play their role in maintaining race and wealth hierarchy--the aspiration to equality and neutrality. The examples of seemingly neutral rules having race and wealth effects included Texas public education as sustained by Rodriguez and Hopwood; the color-blind federal tax laws; the law school classroom and its replication of silence on matters of class; and access to justice as measured by the availability of lawyers' services.

This Article also reflects different definitions of wealth. Human beings held as slaves provided a form of wealth to their owners. Access to education develops human capital and is another form of unevenly distributed wealth in this nation. Similarly, access to legal services is denied to the poorest Americans. Home ownership, the bedrock of wealth for the American middle class, is very skewed by race as a result of long-term public and private policies. Thus, while other disciplines have a more focused definition of wealth, the legal landscape invites a more encompassing view.

Richard Delgado has urged those in the legal academy to learn from other disciplines in their effort to promote social change. He noted, for example, that post-colonial literature, searching for ways to oppose imperial forces in Africa, Asia, and Latin America, developed chronologically parallel to the civil rights tradition in the United States, but “without much interchange between the two.” Law and legal institutions need assistance from other disciplines to reveal the inconsistencies contained in the legal system and ultimately to hold that system accountable.