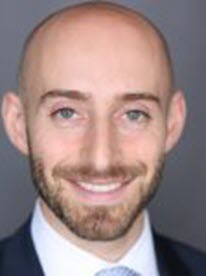 In An Intersectional Critique of Tiers of Scrutiny, Professors Devon Carbado and Kimberlé Crenshaw infuse affirmative action with an overdue dose of intersectionality theory. Their intervention, which highlights the disfavored remedial status of Black women, exposes equality law as an unmarked intersectional project that “privileges the intersectional identities of white antidiscrimination claimants.”

This latent racial privilege rests on two doctrinal pillars. First, single-axis tiers of scrutiny, which force claimants and courts to view discrimination in either/or terms (that is, race-based or gender-based or class-based), contravene intersectionality's core insight that “people live their lives co-constitutively as 'both/and,’ rather than fragmentarily as 'either/or.”’ Equal-protection doctrine, we might say, is “intersectionality-blind.”

In this Essay, I draw upon An Intersectional Critique but shift the focus from race and gender to race and class. Specifically, I refocus the intersectional lens on an ongoing site of contestation: the argument that universities should consider an applicant's socioeconomic class but not her race--what I refer to herein as “class-not-race” reforms. I make the class-race turn for three reasons.

First, we are witness to unrelenting wealth disparities and their searing impact. The growing fissure between haves and have-nots exacerbates the increasingly steep cost of university membership (itself a key to social mobility). This tension calls on us to reckon with the causes and consequences of class stratification. But wealth gaps have never been race neutral. If anything, the ongoing pandemic and the economic crisis that followed throw into sharp relief the thread that binds race and class (and life chances) in America. This moment demands a serious intersectional class and race conversation.

Second, we are heading towards a world of class-not-race university admissions. Class-not-race policies already enjoy preferential status under existing law. Given the Supreme Court's rightward turn since Fisher v. University of Texas at Austin (2016), it is easy to imagine a future in which this preference becomes a mandate.

Third, and my focus herein, class-not-race logic ultimately serves neither poor whites nor people of color. To be sure, economically disadvantaged students enjoy certain benefits under admissions regimes that attend to class (relative to ones that do not). It is also true that poor whites, whose racial identity neither compounds nor deepens their class disadvantage, are often favored intersectional subjects under class-not-race frameworks. But in meaningful respects, the modest racial privilege enjoyed by poor whites only masks how class-not-race constitutionalism fortifies structural and institutional arrangements that keep those on the top at the top, and those on the bottom--poor whites included--at the bottom. In so doing, equality law commits the ultimate intersectionality sin: reinforcing structural hierarchies.

Up to this point, I have argued that class-not-race constitutionalism privileges poor whites. This is only half true--true as to relative advantages vis-à-vis people of color. The other half, to which I have gestured, exists in the space between poor whites and those at the top: wealthy whites and elite institutions--the ultimate beneficiaries of colorblind intersectionality.

To begin, class-not-race appeals locate middle-class Blacks (and racial classifications) as the admissions barrier for poor whites. In other words, the class-not-race frame portrays a zero-sum game that pits poor whites (who deserve admission) against “privileged” Blacks (who gain admission only through “racial preferences”). This framing distorts the admissions competition in two key regards. First, it discursively extracts middle- and upper-class whites--who remain overrepresented at many elite institutions--from the admissions competition. Second, it reinforces the contestable proposition that admissions regimes are racially neutral projects until universities formally consider applicant race. Taken together, these distortions reinscribe class-privileged whites “as natural features of the [university] landscape--presumed members of a university community admitted on their individual 'merit.”’

Class-not-race constitutionalism also benefits elite institutions to the detriment of poor whites and people of color. To begin, universities benefit from frames that shield from serious and sustained scrutiny institutional practices that reward and reproduce accumulated race and class privilege. This includes legacy preferences, an unpopular and antimeritocratic practice that disproportionately benefits wealthy whites (via admission) and institutions (via donor relations). Legacy preferences call for cross-racial resistance; class-not-race logic gets in the way.

Finally, class-not-race constitutionalism enables elite institutions to portray themselves as racially progressive without taking meaningful steps to advance racial justice. The Harvard litigation is again instructive. Juxtaposed against SFFA's openly regressive agenda, Harvard can brand itself as a righteous defender of affirmative action and racial equality more broadly. In a political moment marked by increasing calls for antiracist reform and institutional accountability, brand matters--even for elites like Harvard. And yet, this portrayal masks the limited intervention performed by race-consciousness at Harvard and distracts from Harvard's reluctance to part with institutional practices--such as legacy admits and an overreliance on standardized tests--that confer racial (and class) preferences on wealthy whites.