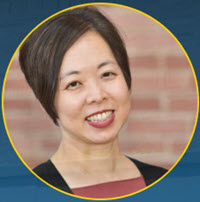 He hit me, held a knife to my throat, a gun to my head, and choked me with a golf club. My arms, legs, and body were often covered with bruises. He would kiss them, cry and say, “Baby, I didn't mean to hit you. I don't know why . . . I lost my temper.”

He would drag me by my hair down the stairs, smash my head into the wall, throw me down on the floor then kick and hit me all over. . . . He would spit on me when I got dressed . . . .

In this Comment, I address the social and legal disenfranchisement of battered Asian American women.

In Part I, I examine domestic violence generally and critique the predominantly “white-centered” domestic violence movement for failing to address adequately the needs of non-white women-- namely, Asian American women.

It is important to push both the battered women's movement and the Asian American community towards an intersectional framework because battered Asian American women face certain unique obstacles which are rooted in both their gender and race. These obstacles must be addressed together, not in discrete and insular packages of race as separate from gender. Only within such an intersectional paradigm can the unique needs and concerns of Asian American women be adequately addressed.

This is a wake-up call to APA activists fighting on the frontlines for the civil rights of Asian Pacific Americans, as well as all peoples. We as a community can never hold our heads high and claim a righteous struggle for civil rights unless we fight hand-in-hand for the rights of our sisters to be free from violence of the body, mind, the spirit . . . . There will never be a strong and healthy community unless violence in the home . . . is eradicated. We can never reach the potential that is our birthright unless we stop denying the impact of domestic violence on our own lives and start dealing with its effects. It is futile to hope and work for a better society when we pass on a legacy of violence and dysfunction.