“Who's the Man?”: Masculinities Studies, Terry Stops, and Police Training 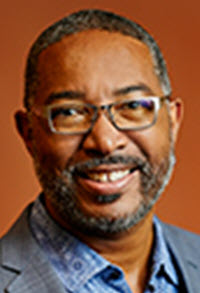 We men have some strange rituals. One occurs on the basketball court. A player will make a move around a defender and score a basket. Then he'll shout, “who's the man?” He wants his opponent to say, “You are the man.” This episode is a paradigmatic description of how masculinities work. Men often act with the goal of impressing other men. We gain our masculine esteem and relative masculine stature from other men's acknowledgments of our masculinity. Sociologist Michael Kimmel puts it best: “[w]e are under the constant careful scrutiny of other men. Other men watch us, rank us, grant our acceptance into the realm of manhood. Manhood is demonstrated for other men's approval.” The need for other men's approval leads us to constantly call out, “who's the man?.” Kimmel helps us see that masculinities are expressed through encounters where one man can demand that another man acknowledge him as “the man.”

The insight that policemen may sometimes enact command presence in order to stage masculinity contests and boost their masculine esteem is important because it helps explain patterns of law enforcement. For instance, scholars have long noted that officers sometimes use their Terry v. Ohio stop and frisk powers to racially profile. The usual explanation for that practice is racial animus. However, concentrating solely on race as an explanation for police behaviors ignores the fact that the overwhelming majority of police officers are men and the overwhelming majority of those they stop are men. As David Sklansky says, “one train may hide another.” I contend that the desire to boost one's masculine esteem is a train traveling behind, and obscured by, the desire to boost one's racial esteem in some officers' decisions to disproportionately stop and frisk men belonging to racial minorities.

For instance, masculinities studies helps to further explain racial profiling by noting that the hegemonic pattern of U.S. masculinity incorporates an expectation that one denigrates racial minority males. So, racial profiling demonstrates that race and gender intersect; the practice can serve a dual purpose of boosting both racial and masculine esteem. Thus far, criminal procedure scholars have failed to see that the use of Terry stops to racially profile is a product of gender as well as race.

If policemen are using Terry stops and frisks to play the game of “who's the man?” rather than just to gather evidence of crime, then we need to change the gender dynamics of policing. I propose that we do so by changing the cultures of police forces. This can be achieved by establishing extensive training programs designed to root out the attitudes and rituals that perpetuate a macho police culture.

In order to demonstrate that the Terry doctrine's promotion of masculinity contests is a problem that ought to be addressed by training programs, this Article is structured as follows. In Part I, I propose a comprehensive theory of how masculinities affect policing. I review the hegemonic masculinities school of thought, which is the dominant school within masculinities studies, and identifies the following background principles of the hegemonic pattern of masculinities in the United States: (1) men's concern with the opinions of other men; (2) anxiety over whether one has proved one's manhood; (3) a competitiveness reflected in a need to dominate other men and a general aggressiveness; and (4) a denigration of contrast figures reflected in a repudiation of femininity and homosexuality as well as subordination of racial minorities. Next, I describe two manifestations of the hegemonic pattern of U.S. masculinity: (1) a chip-on-one's-shoulder attitude known as the culture of honor stance and (2) an exaggeration of masculine qualities known as hypermasculinity. Then I identify two important aspects of the pattern of police officer masculinity that is hegemonic in the U.S.: (1) the predominance of command presence as a paradigm for police officer behavior and (2) the unofficial rule that police officers must punish disrespect. All of those aspects of masculinity come together to create and enhance the risk that policemen will enact command presence in order to stage masculinity contests with male civilians.

Having developed a comprehensive theory of police officer masculinity, Part II tests and applies that theory by considering the Terry decision. First, I demonstrate that a crucial part of the decision seems to be animated by the assumptions behind the hege monic patterns of U.S. and police officer masculinity. Specifically, I suggest that part of the Terry Court's refusal to exclude evidence obtained from stops and frisks not based on probable cause derives from its conclusion that officers sometimes initiate encounters with citizens for reasons unrelated to evidence-gathering. The Court later acknowledges that in such encounters, policemen may be “motivated by the officers' perceived need to maintain the power image of the beat officer, an aim sometimes accomplished by humiliating anyone who attempts to undermine police control of the streets.”

Part II also discusses how the Terry Court's implicit assumption that officers will inevitably engage in masculinity contests is consistent with mainstream views about police at the time. This may have subtly led the Terry Court to favor an answer to the question of whether officers could conduct stops and frisks without probable cause that allowed officers to shore up their masculinity. Additionally, I show that contemporary incidents of police bullying by means of Terry stops and frisks which appear to be solely incidents of racial profiling are actually instances where race and masculinity intersect to produce the result.

Having demonstrated the risk that police officers will turn Terry stops into masculinity contests, Part III proposes responding to such masculinity-based police bullying by changing the cultures of police forces. In this Part, I distinguish my views from those of legal scholar Angela Harris by arguing that the solution to masculinity-based police bullying is to train officers to enact command presence only when it is necessary, not to attempt a dramatic change from a punitive to a restorative model of justice. Then I detail how training currently fails to properly instruct officers on when to enact command presence. Finally, I propose that police training explicitly address racial and gender stereotypes, and that officers be trained in how to verbally diffuse tense situations. Having explained how to get police officers to stop initiating masculinity contests, Part IV concludes by explaining why officers themselves would be better off if they stopped bullying civilians in futile attempts to maintain their image as “the man.”

Before starting the substantive analysis, it will be helpful to note that the insights in this Article are most applicable to men. After all, masculinities are more often, though hardly exclusively, employed by men. Policemen have a tendency to act in the bullying ways that this Article describes. Policewomen, because they are subject to the norms of this male-dominated field, are likely also prone to act in those ways. This Article does not, however, seek to establish the existence of those tendencies in policewomen.

I began this Article by noting the way in which men play a game of “who's the man?” I then traced the need to play that game to its source in the hegemonic pattern of United States masculinity. Further, 1 identified police officers as a class of men who may be especially prone to playing that game. Officers may be tempted to use Terry stops and frisks to enact command presence in order to stage masculinity contests. That is, policemen may be tempted to bully other men solely to boost their masculine esteem. Accordingly, I proposed rooting out the bullying instinct by reforming police training.

Aside from the question of whether policemen should bully civilians, we might ask whether such actions can ever actually sate the desire to prove one's masculinity. According to Kimmel, they cannot:

[T]he bully is the least secure about his manhood, and so he is constantly trying to prove it. But he proves it by choosing opponents he is absolutely certain he can defeat; thus the standard taunt to a bully is to “pick on someone your own size.” He can't, though, and after defeating a smaller and weaker opponent, which he was sure would prove his manhood, he is left with the empty gnawing feeling that he has not proved it after all, and he must find another opponent, again one smaller and weaker, that he can again defeat to prove it to himself .... When does it end? Never.

So bullying is a counter-productive activity for the bully himself. Because of the authority invested in policemen, the officer who picks a civilian to stage a masculinity contest with is not picking on someone his own size. So he will have to bully again and again without ever satisfactorily proving his manhood.

The bully's conundrum demonstrates that no one really benefits from the current structure of masculinity. Ultimately, hegemonic masculinity is the source of the problem of police harassment of men. The surest way to eliminate this problem is to eliminate the present hegemonic pattern of masculinity. There was a 1971 anthology called Unbecoming Men that contained a set of early thoughts on the men's movement toward less sexism. That title suggests that we ought to be deconstructing the very concept of what it means to be a man. Likewise, the very title of John Stoltenberg's book, Refusing to be a Man, suggests we can train men to reject the present hegemonic model of manhood. Unfortunately, we cannot accomplish that task within a time frame that is acceptable to the many victims of police bullying. But that does not mean we should not try. In the short term, this Article recommends changing police training as we know it; for the long term, it endorses the unmaking of masculinity as we know it.