#METOO and the Pursuit of Women's International Human Rights 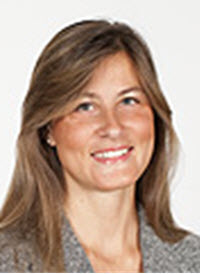 IN THE PAST YEAR, high profile cases and the ensuing #MeToo movement have raised much attention on issues surrounding gender discrimination, violence against women, and sexual harassment in the workplace. In the United States, allegations of sexual assault and harassment spawned the deposition or resignation of prominent figures in the entertainment, media, dining, and business industries following the onset of the #MeToo social media movement. In the rest of the world, many people also embraced the online crusade by sharing the hashtag millions of times or creating their own versions of it. Feminists and scholars have since attempted to keep pace with the sequence of incidents, grasp the reasoning for the present occurrence of such a reckoning with issues surrounding gender-based violence at this point in time, and envisage more inclusive processes for all women. Contrary to the widespread discussion that mostly focuses on domestic issues, this Article offers an international perspective on the challenges raised by #MeToo by surveying a sample of countries that resonated the most with the movement--Britain, India, and Sweden--and other countries that experienced a more conflicted reaction--Japan, France, and Italy.

This Article posits that #MeToo took hold at this particular moment in time as a response to the current political landscape that features nationalist and populist powers across the world, tapping into the rampant discontent following the financial and migrant crises as well as the long-standing fears of terrorism, globalization, and dilution of national identity. In addition to being somewhat politically motivated and heartened by the global outpouring of support at Women's Marches worldwide, #MeToo also gained momentum because of the international fame of both accusers and abusers, the heightened effect of social media activism, and the subsequent rapid growth of public outrage over sexual abuse and harassment that managed to sway the underpinning social norms.

Despite such immediate impact, critiques have been raised about the movement's ability to truly assuage the plight of unprivileged victims, include their experiences and voices in the conversation, and engender long-lasting change for all women. In an effort to remedy these concerns, this Article advocates for a human rights-based approach to gender inequality and violence against women. Construing sexual abuse and harassment as human rights violations ensures that measures adopted by countries are compliant with the international legal framework, that States are responsible to exercise due diligence to prevent and respond to actions or omissions committed by both state agents and private individuals or entities, and that all women can meaningfully participate in decision-making processes. To coordinate the legal reforms proposed by some governments in the wake of #MeToo and herewith examined, this Article recommends following the guidelines for national action plans recently suggested by the U.N. Women. Moreover, a new treaty addressing violence and harassment in the workplace, currently under consideration by the International Labor Organization (“ILO”), is necessary to fill the relevant regulatory gap under international law and urge governments to improve or adopt specific legislations. Article proceeds in three parts. Part I recaps some of the main incidents that triggered the #MeToo social media campaign in the United States. The discussion focuses on the global impact of the movement by surveying the countries mentioned above that have been most receptive and the others that showed a more reticent reaction. Part II explores why #MeToo blew up only recently at the domestic level, and what factors contributed to its international development. Finally, Part III recommends a holistic human rights-based approach to sexual assault and harassment to ensure that the #MeToo's impetus will not fade without having first attained long-lasting change for all women.

#MeToo has marked the beginning of a potentially transformative moment for societies across the world. Built on decades of legislative and collective efforts against gender discrimination and violence against women, the movement, driven by social media, has succeeded in providing short-term relief to many victims forsaken by justice. In spite of its achievements in repairing flaws and holes in the law temporarily and increasing awareness of gender-based violence, the long-lasting impact and pervasive cultural chance of encompassing all women's voices, regardless of their race, national origins, or social, economic, and educational backgrounds, cannot be accomplished if #MeToo fails to also become a human rights movement. Indeed, no matter how powerful it might have been so far as the first mass campaignagainst sexual abuse, #MeToo is not an end in itself, but rather a call to action for governments to adopt or reform existing laws and to approve inclusive processes that can transform social norms under-pinning gender-based violence.

In contrast to those who have criticized and warned against the inadequacies, costs, and disadvantages of employing the human rights rhetoric to pursue social justice, this Article supports the proposition that “[t]he legal breakthrough that defined sexual harassment as sex discrimination, a human-rights violation, was a crucial precondition for #MeToo.” It also contends that only a holistic human rights-based approach to violence against women can ensure that all States are accountable to respect, protect, and fulfill women's rights, can establish a strong and coherent framework to governments and civil society for cooperative effort, and can include all women's perspectives and needs in decision-making processes. Given the current backlash against liberty, tolerance, and parity in the world, a human rights-based approach to gender-based violence is even more necessary to secure that all past efforts have not been fruitless and that #MeToo's momentum does not fade before significant change is made.