The Intersectionality of Race, Gender, Poverty, and Intimate Partner Violence 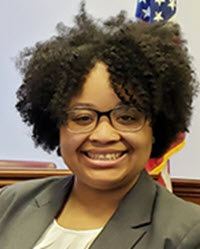 Trigger Warning: The following story may trigger an adverse reaction for survivors of intimate partner violence, or IPV.

Robert Kelly, better known by his stage name “R. Kelly,” and Andrea Kelly have been divorced for almost a decade. Unfortunately, Andrea is still tormented by the abuse she experienced from her now ex-husband. During an appearance on The View, she claimed that on one occasion R. Kelly attacked her in the back of a Hummer and that she now suffers from post-traumatic stress disorder stemming from the attack. On the same show, she also recalled another incident in which she claimed R. Kelly “hogtied” her on their bed, and she escaped on her own once R. Kelly fell asleep. Due to the alleged abuse, at one point she considered ending her life.

Andrea Kelly is not alone. In fact, some would consider her lucky. Andrea Kelly had the financial resources to leave her relationship, hire an attorney to represent her in her divorce case, and go on to pay for a safe place to stay. Unfortunately, impoverished women are not as lucky. Low-income survivors, who must rely on entitlement programs for shelter and legal representation, cannot afford to do so. In addition, seeking professional help to heal from the trauma they experienced at the hands of their partner is likewise unattainable. That is why it is essential to utilize an intersectional lens when discussing funding treatment costs for impoverished women who are seeking treatment from mental illnesses that stem from surviving intimate partner violence.

The survival of intimate partner violence is closely linked with mental illness. Experiencing IPV can lead to numerous health consequences for women. These consequences can include anxiety, depression, substance abuse, and post-traumatic stress disorder (PTSD). According to the National Institutes of Mental Health, “PTSD is a disorder that develops in some people who have experienced a shocking, scary or dangerous event.” One study found that 47.6 percent of women who survived IPV were “depressed and 63.8 percent had [PTSD]; 18.5 percent used alcohol excessively; 8.9 percent used drugs; and 7.9 percent committed suicide.” Depression is one of the most common sequela of IPV for survivors, and it is also one of the chronic effects of PTSD caused by IPV. Survivors of domestic violence often need the help of a mental health professional to heal from trauma.

Furthermore, serious mental illnesses are more frequent among adults who are uninsured and those who are poor. In a 2016 study, twenty-one percent of Americans reported that “they or a family member did not receive needed mental health services.” This lapse in treatment may be due to the fact that some of the participants could not afford the cost. A recent report by the Substance Abuse and Mental Health Services Administration (SAMHSA) showed that “cost [was] the most commonly reported barrier to using mental health services.” With this in mind, it is important to note that poverty has been correlated to increased rates of intimate partner violence. Intersectionality as a framework can be utilized to understand why survivors of intimate partner violence may not be able to afford mental health services.

C. The Issue: The Personal is Political Intersectionality is an instrument used “for analysis, advocacy and policy development that addresses multiple discriminations and helps us understand how different sets of identities impact access to rights and opportunities.” In the words of Kimberle Crenshaw, “[i]ntersectionality is a lens through which [one] can see where power comes and collides, where it interlocks and intersects.” The intimate partner violence that many women face is often shaped by “other dimensions of their identities, such as race and class.” Various forms of oppression exists across many levels, such as institutions and policies.

Moreover, different systems of oppression interact and form “an individual's sense of power, resilience, and well-being.” Low self-esteem and continuous trauma are some factors that can add to poor mental health. Due to discrimination and prejudice, minority groups suffer many traumas. The lasting effects of trauma can accrue over time and interact with a person's life experience, thus impacting their health. To analyze how low-income women can seek resources to heal from trauma that stems from intimate partner violence, one needs to understand how intimate partner violence and poverty intersect.

Indiana could look to another state as a model for reshaping its Medicaid expansion: one state that has successfully expanded Medicaid is Louisiana. Louisiana's Medicaid expansion has saved the state $317 million, created 19,000 new jobs, and extended health coverage to more than 470,000 people. Also, “[o]f those who gained coverage in the first year of the expansion, nearly 50,000 people began outpatient mental-health treatment ... [and] almost 20,000 began treatment for substance abuse.” Intersectionality's weight on the interaction between individual and institutional actors offers a more inclusive inspection of policy success and failure. Taking an approach that takes into account how an intimate partner violence survivor's multiple identities, will lead to a comprehensive solution.