The Forgotten Victims of Missing White Woman Syndrome: An Examination of Legal Measures That Contribute to the Lack of Search and Recovery of Missing Black Girls and Women

Excerpted From: Jada L. Moss, The Forgotten Victims of Missing White Woman Syndrome: An Examination of Legal Measures That Contribute to the Lack of Search and Recovery of Missing Black Girls and Women, 25 William and Mary Journal of Race, Gender, and Social Justice 737 (Spring, 2019) (Law Student Note) (212 Footnotes) (Full Document Not Available Free) 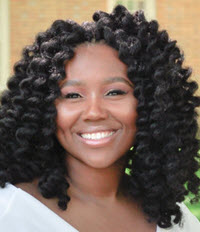 The underrepresentation and misrepresentation of Black faces in mainstream news media is neither a new nor surprising concept to most people who have access to modern technology. The issue of underrepresentation and, consequently, inadequate attention to the cases of missing Black people in America is an ongoing issue that very few attempted solutions have solved. A thorough comparison of the number of BlackAmericans who are reported missing with the number of times news media reports BlackAmericans as missing makes it even clearer that underrepresentation is an issue. This disparity, dubbed 'Missing White Woman Syndrome,’ has more recently become a problem as technology continues to grow to be the primary method for access to current events and news.

Left unaddressed, Missing White Woman Syndrome is a danger to all living minority people worldwide, as the possibility of being the victim of abduction or chance of disappearing exists no matter what gender or race a person is. Comedian Jon Stewart brought awareness to this issue in one of his routines by declaring that “TV: y (minutes of media coverage) = Family Income x (Abductee Cuteness ÷ Skin Color) + Length of Abduction x Media Savvy of Grieving Parents” is the official formula for the indication of how much media airtime a missing child might receive.

This Note focuses on the racial disparity that is present in the investigation and allocation of resources in missing persons cases. This Note argues that the most beneficial remedy for the significant disparity that majorly effects missing Black girls requires the creation of legislation at the state and local level. The legislation must be carefully and specifically written to create resources to aid in the search and recovery of missing girls and women of color. This Note will specifically discuss the underrepresentation of missing Black girls in American news media and discuss how the phenomenon of 'Missing White Woman Syndrome’ has pervaded news media and negatively impacted the outcomes of missing Black girls' and women's cases. This Note analyzes existing law and legislation at the state and federal level and suggests frameworks that state legislatures should use in the future to address this issue.

Part II of this Note examines existing federal and state legislation and the efforts of advocacy groups that work to resolve all missing persons cases. Section II.A mainly focuses on the evolution of missing persons advocacy and law. Section II.B addresses legislative and advocacy efforts, that are remedies tailored specifically to benefit one group (tailored remedies), to build upon the notion that remedies for missing people exist for almost every group exceptBlack girls and women, thus demanding the creation of a tailored remedy to address this neglected group. This Section specifically examines federal legislation, Virginia legislation, and advocacy groups that are based in Virginia and other states to summarize both the work that has already been done in response to missing persons cases and work done to address specific subsets of missing persons. Section II.B also discusses various cases from national news and local/state news that further support this Note's thesis.

Part III of this Note offers suggestions for ways that state legislatures, law makers, and advocacy groups can act to create a change in what has become the norm in the coverage and solution of missing persons cases across the United States. This Part uses the summarized remedies presented in Part II to shape a framework in which the missing persons cases of Black girls and women can be addressed. This Part suggests the creation and expansion of a tailored remedy for missing Black girls and women based on the remedies that already exist and appear to be effective within advocacy and legislation. Part III specifically focuses on the existing RILYA Alert System, a system implemented in Florida that expands AMBER Alert to address the needs of missing persons of color. Part III proposes that the RILYA Alert system be expanded across the fifty states and encourage the creation of a federal program that will act as each state program's counterpart. Additionally, Part III calls for the elimination of strict criteria for programs like AMBER Alert, because of the detrimental effect that the criteria tend to have in the cases of missing Black girls and women.

Missing people have only recently become a central focus in American pop culture. However, the sensationalism that predominantly surrounds the cases of missing White children and women has yet to shift to missing Black girls and women. Missing White Woman Syndrome, the media's tunnel-vision-like tendency to focus on the cases of missing White girls and women, has created considerable racial disparity in the world of missing persons cases. This trend--the lack of attention to and popularization to the stories of Black victims--coincides with the familiar narrative of BlackAmericans being both undesired and unlikely victims in American pop culture.

In order to address the issue that Missing White Woman Syndrome creates, state and federal governments must be willing to implement laws and systems that are structured to address the needs of minorities. In an effort to facilitate the drafting and proposal of such reforms, advocacy groups and organizations must lobby and advocate specifically for state and federal programs that will demand that local, state, and federal governments allocate resources to underserved and underrepresented populations.

State governments and the federal government should look to programs that have already been executed and organizations which already have solid bases to serve as models for new programs and overhauls of existing programs. Such previously existing groups and policies include the AMBER Alert System, the RILYA Alert System, Help Save The Next Girl, Black & Missing Foundation, Inc, and Peas in Their Pods, Inc.

One key element of the organizations and systems mentioned in Section II.B of this Note is the ability to validate missing persons reports and begin allocating resources to the investigation of missing persons cases even if the person is classified as a runaway. As discussed, Black children are likely to be classified as runaways when reported as missing due to a variety of factors and systemic issues. The runaway label must be abandoned, or, at the very least, used seldomly, in future missing persons cases. Likewise, law enforcement agencies must be more reluctant to label missing children as runaways without considering alternative explanations for their disappearances first.

It is important that legislators and the public understand that advocacy groups tailored toward finding remedies for missing Black girls and women are not calling for a complete override of the systems currently in place. Systems such as AMBER Alert and general-purpose missing persons advocacy groups are still very much needed and desired. However, in a just society, systems, policies, advocacy groups, and organizations tailored toward missing Black girls and women must coexist to ensure that the effects of Missing White Woman Syndrome are felt no more than what is absolutely necessary and to reverse the standard of bias that this phenomenon has created.