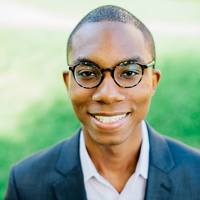 For decades, men have sexually harassed and sexually assaulted women on college campuses with impunity. Although Title IX was passed in 1972 to provide sex equality in education, that equality still does not exist. In recent years, campus sexual assault has been recognized as a national epidemic and a manifestation of sex inequality. The U.S. Department of Education Office for Civil Rights (OCR) has responded by finally holding universities accountable for violations of Title IX. Title IX is a federal law that prohibits discrimination in education based on sex and requires equal access to educational opportunities. Sexual harassment and sexual assault create a hostile environment that interferes with access to education; therefore, universities are legally required to prevent and address such issues. OCR has long issued guidance on campus sexual assault. Unfortunately, many colleges and universities ignored this direction until OCR finally decided to enforce *58 the law. For instance, many schools ignored the call to use a preponderance of the evidence standard--a civil liability standard, meaning more likely than not--in adjudicating campus sexual assault. Since OCR began enforcement, many schools have changed their policies to reflect the appropriate evidence standard and meet their other obligations under Title IX. Now that there appears to be at least some accountability, schools are starting to understand that there are serious civil rights violations happening on their campuses. If schools continue to inadequately investigate and resolve these issues, they risk losing billions in federal funding. As OCR begins to take the steps necessary to ensure compliance with federal law, a fervent opposition attempts to attack and undermine OCR's Title IX policies at every turn. Invoking everything from due process and free speech to racial and class bias, opponents of OCR's policies question their fairness now that OCR might hold institutions accountable. Backlash to progress in the context of sexual assault is not new. In many ways, this response mirrors the wave of criticism levied at progressive reform of rape law in the criminal justice system. In the context of campus sexual assault, critics claim that the pendulum has swung too far against the rights of the accused, and caution that the enforcement of OCR's policies will have dangerous consequences. Some of these critics believe that campus sexual assault was never a serious issue. Others agree that the old Title IX policy was unacceptable but maintain that the current policy goes too far. The dangerous consequences that might result from OCR's enforcement remain to be seen, but that has not prevented critics from trotting out a parade of horribles to suggest that OCR should scale back its policies before it is too late. *59 Perhaps the most notable critique of OCR's policies is that they will lead to a disparate impact against men of color, particularly black men. The critique begins by noting the long and enduring history of racial bias against black men in the criminal justice system, especially in regards to false accusations of rape, which were used as a means of terrorizing blacks in the Deep South. It then claims that OCR's polices will be used in support of white supremacy, as black men will be falsely accused by white women and suffer professional death. Might what happened decades ago in the South find itself being repeated on college campuses?

In this paper, I argue the answer to that question is no. While the critique appears plausible on the surface, a closer examination reveals a damning gender bias. There is a history of race being used as a political tool to shut down conversations about sexual assault, even when it directly affects black women. For these critics, it is as if the question of race settles the question of gender. But race does not work alone; race can be used either to illuminate or to obscure the reality of sexual assault for women of color. Despite their apparent concern for racial minorities, many critics of the new Title IX enforcement fall prey to the latter. Without considering the implications their arguments have for women of color, they contend that the prevalence of racial bias is a reason to halt progress on Title IX reform.

In their myopic approach to addressing racial bias, these critics create a narrative of campus sexual assault that fails to grapple with the concept of intersectionality, excludes women of color, and therefore perpetuates racism. Professor Janet Halley of Harvard Law School has been a leading figure in this narrative's advancement. For example, in Trading the Megaphone for the Gavel in Title IX Enforcement, Halley raises a cultural differences argument, suggesting that there are different sex norms among poor people and people of color. What she fails to mention is that the cultural differences argument has historically been used to reinforce racial and class *60 stereotypes. Furthermore, although Halley seems concerned about the disparate racial impact of accusations against black men, she completely ignores the racial bias that affects women of color in these situations. These critics often appeal to the myth of the black rapist and the current state of the criminal justice system as reasons to oppose OCR's policies. However, they often mention these reasons in passing, never fully articulating their relevance to the actual present context of campus sexual assault. As this article will explain, the circumstances are not analogous. As a result, in pursuing the laudable goal of exposing racial bias, these critics often fall into the trap of prioritizing racial bias against men over racial bias against women.

In their battle to defeat progressive reform of campus sexual assault, some critics use a male-biased conception of racism to create a false Title IX narrative that undermines recent moves to effectuate gender equality on college campuses. Their account excludes women of color, especially black women, from questions of racial justice, and stereotypes racial minorities as possessing different sexual moralities. This narrative fails to grapple with the concept of intersectionality (e.g., its focus on men of color at the expense of women of color). In their account of racism, critics of OCR's policies base their commentary in assumptions of past racism, the myth of the black rapist, and mass incarceration, which are incongruent with the current social reality. This essay examines the gender- and race-biased narrative and argues for continued progress on the issue of campus sexual assault. Part I describes the legal background of this narrative. Part II explains how the narrative's reliance on the cultural differences argument reinforces harmful racial and class stereotypes. Part III considers the narrative's failure to grapple with the concept of intersectionality. Finally, Part IV exposes the problems with the narrative's use of the myth of the black rapist and the phenomenon of mass incarceration in the context of campus sexual assault.

Consequently, this narrative serves more as a red herring than a genuine concern for the racial bias men and women of color endure. Going forward, the appeal to a male-biased view of racism should be resisted in substantive discourse on campus sexual assault. In this context, substantive discourse on racism requires intersectionality, which means careful attention to race and gender. Of course, America's history of racial bias may or may not bear some relevance to its present predicament, but that is a question to answer, not an assumption to presume. As this article shows, if one truly understands the difference that race makes, one understands that the issue is that the pendulum still has not swung far enough.