Post-Racial Racism: Racial Stratification and Mass Incarceration in the Age of Obama 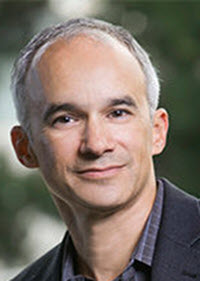 The election of Barack Obama to the presidency has inspired many to marvel at the seeming evaporation of race as a basis for social ordering in the United States, a euphoria often expressed in proclamations that we now live in a “post-racial” America. For his part, Obama seems disinclined to lead a national conversation on race, let alone on the necessity of confronting continuing racial hierarchy. Nevertheless, the very fact of his ascendancy to the country's most powerful position suggests that a sea change in race relations has already occurred; simultaneously, his elevation to the most public position of national authority guarantees that for the next several years, at least, conversations on race, and perhaps even on racism, will occur almost daily, likely furthering racial progress.

But there is reason to hesitate before celebrating. The nation elected Obama in the midst of profound economic, environmental, martial, and constitutional crises. Perhaps the crises, coupled with Obama's exceptional racial background--combining Kenya and Kansas, an immigrant success story, and the positive exotic of Hawaii--better explain his election than any purported fundamental shift in racial attitudes. A pollster with special expertise on race opined just before the election that “a black man [cannot] be president of the United States of America. However, I think an exceptional individual who also happens to be black can be president of the United States of America.” Perhaps, then, race has not been overcome so much as temporarily superseded.

At this moment of swift change, hopefully but not assuredly in the direction of racial justice, this Essay seeks to take stock of how racial hierarchy now functions in the United States, and to evaluate what this portends for race in the age of Obama. To do so, it discusses racism through the lens of mass incarceration. It uses this magnifying glass because race seems so central to the administration of criminal justice, and yet racism when conceived as Klan-type bigotry offers limited explanatory purchase. It also uses this lens because, according to the dominant racial narrative explaining mass imprisonment, there seems good reason to hope the war on crime may soon wind down.

The public security system in the United States produces shocking racial disparities at every level, from stops to arrests to prosecutions to sentencing to rates of incarceration and execution. The United States today places almost one in every thirty of its residents under correctional control in a racial pattern that generates state prison populations that are two-thirds black and Latino. Racial differences in the penal context dramatically exceed those in every other social domain: “Whereas racial disparities in unemployment and infant mortality stand at roughly two to one, and the disparity in unwed childbearing is three to one, the differential with respect to imprisonment is eight to one.” Even so, for the last two decades and more, the Supreme Court has assured us that these dramatic, persistent racial inequalities do not denote the presence of racial discrimination. McCleskey v. Kemp famously shrugged off the most sophisticated and exhaustive survey of criminal sentencing thus far undertaken when it rejected the claim that racism tainted Georgia's death penalty machinery. Though it accepted that Georgia imposed the ultimate penalty on blacks who murdered whites at twenty-two times the rate for blacks who killed blacks, the Court nonetheless opined that these statistics proved “at most . . . a discrepancy that appears to correlate with race.” McCleskey's dismissal of the evidence rested on a particular conception of racism as rooted in the episodic expression of individual malice. Even crediting the Court's conclusion that intentional racism is largely absent from contemporary crime control, the dismal numbers in McCleskey and beyond cry out for explanation.

Also militating for a special focus on mass incarceration is that the war on crime may soon be over, especially if a new theory regarding its origins proves correct. Sociologists and political scientists have recently persuasively argued that the rise of mass imprisonment reflects a backlash against the civil rights movement. They point to the triumph of Richard Nixon's “southern strategy,” whereby the Republican Party gained ascendance by attracting previously Democratic voters from the South, as well as the working and middle classes nationally, through coded appeals to racial fears--with “crime” serving as a potent synonym for the threatening presence and demands of nonwhites. “Nixon's strategy was based on the linkages between racial conflict and lawlessness; indeed, in viewing [one of his own campaign ads], he remarked triumphantly that it 'hits it right on the nose. It's all about law and order and the damn Negro-Puerto Rican groups out there.”’ Rather than challenging the politics of racial fear mongering, Democratic politicians almost immediately acceded to it, seeking to out-tough Republicans in “competitive upward bidding wars over the terms of punishment” that over decades created the carceral state we know today. If this story is correct, however, then Obama's electoral victory may be especially relevant to mass incarceration, for he triumphed not by meeting Republicans on the terrain of Nixon's southern strategy, but by winning the presidency despite the opposition of southern whites, and indeed without a majority of white support at all. Perhaps, then, Obama's election presages an end to racialized crime rhetoric and policies, and the mass imprisonment that has resulted.

Part II of this Essay explores the thesis that the current catastrophe of mass incarceration resulted in major part from racial politics, and further examines why this conclusion might give rise to optimism in the wake of Obama's election.

The remainder of the Essay tempers such optimism by suggesting a racial model that pictures race as much more deeply embedded in social ordering than the political story might initially suggest. To help develop that model, I draw on the insights proffered by Douglas Massey to explain social stratification. One of the leading contemporary scholars of social inequality, Massey argues that stratification has two principal components: the creation of social categories, and the misallocation of resources between those groupings. Focusing on the misallocation of resources, Massey distinguishes between “exploitation,” wherein one group expropriates resources from another, and “hoarding,” in which a group that has previously acquired disproportionate resources acts to preserve its advantage.

Building on this approach, this Essay argues that race in the United States functions as a form of social stratification: racial categories arise and persist in conjunction with efforts to exploit and exclude.

Part III develops this racial stratification model, which I sometimes refer to as a “structural racism” approach. I do so to emphasize its focus on larger social processes rather than interpersonal dynamics, and also to stress its connection to past theories of race as a fundamental social force. Reconsidering mass incarceration and also reprising the earlier horror of the convict-lease system that arose in the postbellum South, Part III gives particular attention to the misallocation of resources. Part IV emphasizes the other pillar of racial stratification, the construction of racial categories. Again assessing crime control, that Part focuses on three often neglected mechanisms by which races are created and stratified: violence, cumulation, and racial ideology.

By way of conclusion, this Essay contends that racial stratification provides insight into “post-racial racism,” a term used to refer to the various practices that collectively operate to maintain racial hierarchy even in the face of a broad social repudiation of purposeful racial mistreatment. “Racism” may seem a tendentious word, especially given the recent and dramatic advances relative to slavery and Jim Crow. The Essay ends with an argument specifically engaging why the rhetoric of “racism” should be maintained, and even reinvigorated, in discussions of racial inequality.

Before turning to the main text, a brief comment on the relationship between racial stratification and other models of racism is warranted. In referring to “structural racism” and “post-racial racism,” it might seem my point is to emphasize the “structural” or the “post-racial” in a way that suggests that racism now operates “without racists”--that is, in a manner largely free of conscious intent. True, stratification theory countenances individuals discriminating unintentionally, and also anticipates that entrenched patterns will routinely reproduce inequitable results. A stratification approach does not, however, exclusively privilege these relatively automatic mechanisms. Instead, it attributes continuing stratification to a broad range of behavioral and systemic practices, from volitional to unconscious, individual to institutional. The stratification approach is less a model of defined racial dynamics and more a framework for understanding the myriad mechanisms contributing to racial hierarchy. In keeping with this, the Essay discusses various theories of how race skews criminal enforcement, including approaches emphasizing intent, rational discrimination, implicit bias, institutional dynamics, and backlash politics. It does so to build upon, rather than correct, these approaches. Yet a stratification model is not simply syncretic, for it insists upon and aims to bring to the fore two foundational insights: first, racism assists in the misallocation of wealth, power, and prestige; and, second, racial stratification in turn both requires and contributes to the construction of races.

The basic message of racial stratification--of structural racism--is powerfully simple: the vast racial disparities that mar our society, and in particular our criminal system, result from continuing patterns of racism, and we have a national moral obligation to respond. True, the labyrinthine interconnections of structural racism prove difficult to disentangle and still more challenging to explain to a broad audience. In comparison to the clearly stenciled “Whites Only” signs of the Jim Crow era, today's racism seems more diffuse, less obvious, harder to distinguish from the unfairness of everyday life. In addition, today's reigning ideology of colorblindness insists that racism is all but vanquished, except of course among minority opportunists who continually stoop to “playing the race card.” Nevertheless, racism remains an enormous issue of social justice we must address. In the 1930s and 1940s, Jim Crow did not strike most Americans as a self-evident outrage, but instead persisted as quotidian routine. Indeed, in those decades “racism”--the word, the concept itself--was only just beginning to enter the national vocabulary, and it would not be until the 1950s that it was first applied to the white-black hierarchy. Only through years of dedicated struggle against the injustice of settled patterns did the civil rights movement make “racism” a forceful epithet for condemning group debasement. In the decades to come we will look back on McCleskey as a stain on the reputation of the Supreme Court, and on racialized mass incarceration at the turn of the twenty-first century as a national shame. But we will only get there if, today, we recognize and protest against structural racism.