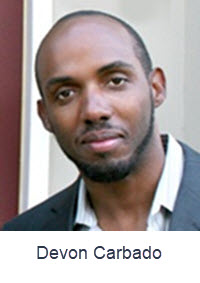 CRT rests on a number of empirical claims about race, law, and society. The modernist idea that there are truths that we can discover about race leads CRT scholar Angela Harris to suggest that “CRT is described very well by ‘critical social science.”’ Below, we list ten empirical arguments that represent CRT commitments. Although these arguments are not exhaustive of the “truths” that underwrite CRT, they reflect key modernist claims of the theory on which there is general consensus among practitioners in the United States.

1. Racial inequality is hard wired into the fabric of our social and economic landscape.

2. Because racism exists at both the subconscious and conscious levels, the elimination of intentional racism would not eliminate racial inequality.

3. Racism intersects with other forms of inequality, such as classism, sexism, and homophobia.

4. Our racial past exerts contemporary effects.

6. Race is a social construction whose meanings and effects are contingent and change over time. 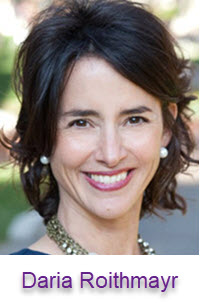 7. The concept of color blindness in law and social policy and the argument for ostensibly race-neutral practices often serve to undermine the interests of people of color.

8. Immigration laws that restrict Asian and Mexican entry into the United States regulate the racial makeup of the nation and perpetuate the view that people of Asian and Latino descent are foreigners.

9. Racial stereotypes are ubiquitous in society and limit the opportunities of people of color.

10. The success of various policy initiatives often depends on whether the perceived beneficiaries are people of color.

A collaboration between CRT and social science could shore up these claims and could help to dispel the myth that we are now postracial--beyond race. Proponents of postracialism in the United States often point to the election of the country's first black president to challenge the foregoing claims and to advance the more general argument that race is no longer salient to social analysis. In the view of postracialists, if Barack Obama could become president, any African American can succeed if he or she makes the right choices. Social science data demonstrating the existence of racial discrimination, racial disparities, and racial inequalities would help counter these postracial claims about the social insignificance of race. Below, we illustrate the potential power of this CRT/social science collaboration in connection with CRT claims about race and policing.

Over the past two decades, CRT scholars have argued that African Americans do not receive the benefit of a presumption of innocence. As critical race theorists have pointed out, the problem is not simply that crime is racialized (when we think of crime, we have African Americans in mind); it is also that race is criminalized (when we think of African Americans, we have crime in mind). This dialectical relationship between race and crime (crime black, and black crime) leads to the idea that being black is a crime in itself: hence what some scholars refer to as the crimes of “driving while black,” “walking while black,” and “being black”.

Critical race theorists could mobilize recent work in social psychology to support these CRT insights. Consider, for example, in which the authors describe their research investigating the relationship between stereotypical associations and visual processing. In one study, the researchers primed participants with images of either black or white male faces. Participants were then shown on a computer screen objects that are associated with crime (e.g., a gun or a knife) and objects that are not so associated (e.g., a camera or a book). The images of these objects were initially severely degraded, so that observers could not make out what they were. The images were then slowly enhanced, and the participants pressed a button to indicate when they could discern what each image was.

Researchers measured whether the time it took participants to identify the objects varied with the racial prime seen at the beginning. When participants were primed with white male faces, subjects took the same amount of time to identify crime kinds of objects as to identify noncrime kinds of objects. However, when participants were primed with black male faces, they identified the crime-related objects faster than the objects not associated with crime. The authors concluded that race and crime are associated in a very particular way--namely, that seeing blackness makes a participant more attuned to criminality.

The research team also observed that items or words associated with criminality made participants more attuned to blackness. Participants paid closer attention to black male faces than to white male faces when they had been primed with images of weapons. The team observed the same results when they tested police officers. The researchers concluded that blackness essentially primes us to think about crime and, in turn, crime primes us to pay close attention to black people.

The potential implications of this research are quite significant. Police officers think about crime constantly; according to the research, these thoughts encourage attention to blackness. In this respect, African Americans are always potentially (implicitly) on the mind of police officers on the beat, and even more so when officers patrol predominantly black communities. In that context, the problem is not only that police officers are thinking about crime and thus likely to be particularly attentive to African Americans, but also that the presence of black people makes police officers likely to be particularly attentive to crime.

Heuristics research also sheds light on the bidirectional relationship between race and crime. Richardson & Goff have developed a framework they call the suspicion heuristic--a representation of the mental shortcuts or rules of thumb that people use when assessing whether a person represents a threat. These scholars have drawn from social science work in cognitive heuristics and implicit bias to develop their concept. To appreciate how their framework operates, a few definitions are in order.

Heuristics are mental shortcuts that help people make quick assessments. When an observer tries to assess whether someone else is a threat, the observer relies on two common, everyday heuristics: the availability heuristic and the representativeness heuristic. The availability heuristic is amental shortcut that helps people to evaluate what a criminal is likely to look like. Media representations and popular discourse about African Americans make it easier for people to retrieve examples of African Americans as criminals than to retrieve examples of people from other races; thus, according to available research, inmost people's minds, the prototypical criminal is a black person.

Conversely, the representativeness heuristic helps people to evaluate whether a particular person is a criminal. People make this assessment by comparing the particular person to the prototypical criminal. Because black identity has become associated with criminality, available research suggests that people are more likely to assess African Americans as criminals because a black person matches the prototype. Accordingly, even in the absence of racial animus, the interaction of these two heuristics can shape police officers' judgments about criminal culpability beyond the officers' conscious assessment.

In the following discussion, we build on Richardson & Goff's (2012) model to develop a more elaborate and racially specific version of the racial suspicion paradigm--something we call the black suspicion paradigm. In the first stage of our paradigm, media representations, popular and political discourses, and existing racial stratification together produce particular understandings about race. This racial epistemology consists of (a) racial associations and stereotypes with regard to race and crime (African Americans are criminal) and (b) racial images of the prototypical criminal (criminals are African American).

In the second stage, this set of understandings produces the black criminal availability heuristic and the black criminal representative heuristic. Importantly, these two heuristics are not separate and distinct decision-making processes. Each of them reflects and contributes to the other: If blacks are more likely to be criminals and criminals are more likely to be black, then blacks are intrinsically suspicious and suspicion in the abstract is that the wrongdoer is black. In the last stage of the paradigm, the racial suspicion heuristic shapes behavior in the world. Racial suspicion motivates racial profiling by law enforcement, decision making by juries, and policy making by legislators.

Figure 1 illustrates the stages and processes that make up our racial suspicion paradigm. This paradigm is somewhat stylized, less a literal representation of what happens sociologically andmore a general map of the relationship linking racial inequality, the creation of racial stereotypes and associations, and racial suspicion of African Americans as criminals. More generally, the paradigm shows how critical theorists might draw on social psychology to generate a theoretical model of racial suspicion.

Beyond racial suspicion, CRT scholars can also draw on social science to explain the persistent problem of excessive force by law enforcement. Critical race theorists have long decried the frequency with which police officers employ excessive force, noting that they are rarely held accountable for their behavior. Many CRT scholars attribute this problem to the existence of stereotypes of African Americans as both violent and dangerous.

Here, too, social psychology research supports the CRT insight. For example, psychologist Joshua Correll has developed a video game to explore whether implicit bias by police officers could affect whether and at what moment they shoot suspects. In the game, participants in the role of armed police officers encounter photographs of individuals (suspects) holding an object. If the object is a weapon, the participant is instructed to press a key to shoot. If the object is harmless (for example, a wallet), the participant must press a different key to holster the weapon.

Correll has found that participants were quicker to shoot when the target was black than when the target was white. He also found that, under time pressure, participants made more mistakes (false alarms) and shot more unarmed black targets than unarmed white targets. In addition, subjects failed to shoot more armed white targets (misses) than armed black targets. The results for police officers have been more mixed.

Beyond law enforcement, Correll's study may also help to explain why jurors might excuse officers engaged in excessive force. As a matter of law, excessive force claims roughly turn on whether the officer acted reasonably. This inquiry purports to be objectively based on whether a reasonable person in the officer's situation would have experienced the same fear and responded with the same level of force.

Implicit bias can infect the way a juror applies this standard. Given the existence of shooter bias, a juror might well conclude that the police officer's conduct was objectively reasonable (and not a function of the subjective particularities of the officer) because the juror too would have feared for her life under the circumstances the officer describes.

In sum, social psychology offers critical race theorists empirical support and theoretical frameworks with which to describe the role of race in suspecting individuals as potentially criminal and in using force in their apprehension. This is just one example of the way in which CRT scholars might employ social science to support claims that critical race theorists have been advancing for quite some time.