How the Native American Vote Continues to Be Suppressed 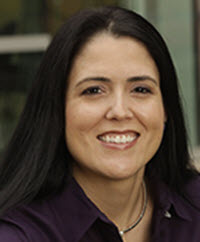 The right to vote has been an uphill battle for Native Americans. The Voting Rights Act of 1965 helped to secure and protect that right for many Native Americans and Alaska Natives. With the Voting Rights Act, voter participation among Native Americans increased. However, the Supreme Court invalidated the Section 5 preclearance formula in 2013 (Shelby County v. Holder, 570 U.S. 529 (2013)), removing one of the most powerful tools to ensure equal access to the ballot, including Alaska and Arizona, and two jurisdictions in South Dakota with significant Native American and Alaska Native populations. Since the Shelby County decision, efforts to suppress the vote have increased. For Native Americans, these voter suppression efforts can and do have devastating impacts.

In order to understand the challenges faced by Native American voters, one must recognize the vast differences in experiences, opportunities, and realities facing on-reservation voters as compared to off-reservation voters.

I will never forget the Navajo grandmother who spoke only Navajo and could not vote after Arizona passed its voter ID law in 2004. She tried several times to obtain an Arizona ID on her own but was denied because she was born at home in a hogan, and the boarding schools changed her Navajo name to English. She lived in a modest home on the Navajo Reservation without electricity and running water, and lived a traditional lifestyle taking care of her sheep. She was embarrassed and devastated when she was turned away from the polls for not having an ID. Working with her, a team from the Indian Legal Clinic traveled five hours to meet her at multiple agency offices to obtain her delayed birth certificate; we then went to two separate Motor Vehicle Division Offices. The first one did not issue same-day photo IDs, and the other initially denied her request. The office rejected her delayed Navajo birth certificate, until I was able to intervene and demonstrate to them that it was an acceptable document. The system failed to consider her reality as a Navajo woman and failed to value her as a voter. Fortunately, she was persistent in exercising her right to vote, but not all voters are, nor should they have to be.

As part of their socioeconomic reality, Native Americans face obstacles when making choices about feeding their families or expending resources that might affect their right to vote. This could include renewing their P.O. box, replacing an ID to update a residential address, or driving a considerable distance to register to vote or vote. Nationally, the poverty rate of Native Americans is 26.8 percent. Native Americans are more likely to work multiple jobs, lack reliable transportation, and lack adequate childcare resources, thus making voting pragmatically difficult.

An additional problem affecting many Native Americans is homelessness or near homelessness due to extreme poverty and lack of affordable housing on many reservations. A study by the Department of Housing and Urban Development found that between 42,000 and 85,000 people in tribal areas are couch surfers, staying with friends or relatives only because they have no place of their own. This lack of permanent housing impacts the ability of these tribal members to have a permanent physical address, yet this should not impede their ability to exercise their right to vote.

Legislation suppressing the right to vote purports to be neutral; however, in many instances it undermines the most basic right to participate in our democracy. The loss of the right to vote is the loss of a voice in the democratic process. We should do more to ensure that all Americans, including Native Americans, can exercise this right easily and with undue hardship.