The Fancy Trade and the Commodification of Rape in the Sexual Economy of 19th Century U.S. Slavery

Excerpted From: Tiye A. Gordon, The Fancy Trade and the Commodification of Rape in the Sexual Economy of 19th Century U.S. Slavery, University of South Carolina (2015) (Master's thesis) (87 Footnotes (Full Document) 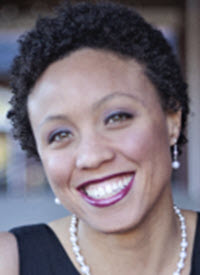 At an early age, my mother instilled in me an awareness of the African American experience under bondage. I recall her telling me about the treatment of the many black bonded victims—young and old, male and female—of slavery. My mother’s commitment to educating me about our ancestral history had a lingering effect on me as a scholar and an individual, but more importantly, as an African American woman. Looking back, I did not appreciate or understand her purpose in revealing our ancestral past, but now, I do. She equipped me with the knowledge to combat the American conspiracy of silence around slavery and black women’s sexuality.

Thus, I present to the reader a historical analysis of slavery as a way of understanding African American women’s collective sexual histories. For, as one scholar wrote, “Without a vocabulary to describe slavery, contemporary black women have been without a voice to describe and confront the history of sexual…expropriation and exploitation that slavery entailed.” The following essay explores rape and desire in what Adrienne Davis, legal historian at Washington University, has labeled the sexual economy of slavery, here defined as the interplay of sex and “markets of the antebellum South [that] seized enslaved women’s intimate lives, converting private relations of sex into political and economic relations.” In asserting slavery studies in this manner, the scholar is presented with the complex dilemma of depending on veiled private relations of sex and sexual desire to make claims about social and public structures of power. As a remedy to this problem, I will use Anna Clark’s term, “twilight moments,” or “those sexual practices and desires that societies prohibit by law or custom but that people pursue anyhow, whether in secret or as an open secret.”

According to Clark, “concepts of marginal groups and interzones—or spaces where unconventional sex was allowed to take place—are helpful because they force scholars to consider illicit sexual economies.” In such cases, “sexual practices do not result solely from sexual desires,” she writes, “they may also function as services provided by one person to another.” Therefore, “prostitution functions as a sexual economy,” she argues, “albeit a black-market economy” where “its sexual transactions are discrete, twilight moments” that are “difficult to regulate when they are not part of ongoing institutions.” These moments fill “a conceptual gap in the literature on the history of sexuality.” Such a gap, Clark explains, “Makes it difficult to describe sexuality, desires, and practices that were neither celebrated nor utterly forbidden, deviant, or abject.” Since the Fancy Trade was a clandestine prostitution ring, I will combine Clark’s concept of illicit sexual economies with Davis’ definition of sexual economies. In utilizing the metaphor of twilight to expose the submerged sex trafficking of enslaved women this undertaking will examine the contours of the Fancy Trade—the buying and selling of mixed-race female slaves for the primary purposes of private prostitution and coerced concubinage.

Furthermore, this argument does not intend to render the behaviors of white men in a monolithic voice. For it is evident that not all white men partook in interracial liaisons. And of those that did, not all preferred fair-complexioned slave women to other complexions. Nor was participating in the fancy trade a universal practice. Rather my goal here is to examine the relationship between race, rape, gender, sexuality, and markets; to explore how categorizing gender and sexuality based on racial constructs influenced 19th century tensions concerning miscegenation; and how these constructs were institutionalized into the sexual economy of slavery where the rape of black women could be bought and sold.

In addition, to speak of southern slavery in a monolithic voice is as much of an error as claiming miscegenation to be universal. The historian must acknowledge the cultural differences that slavery bred across geographical space and time. Slavery in the upper south differed from slavery in the lower regions. Moreover, slavery in South Carolina looked very different from slavery in Louisiana. And thus, the histories, customs, mores, and culture that dictated regional and state race relations were not the same. Yet, what was evidently universal is the subjugation of blacks as enslaved; the contradictions of rape due to the tension between slaves’ status as human and chattel; and the metalanguages of race that defined gender and sexuality in the southern context.

This analysis diverges from traditional conventions of narrative historical writing. Because of the nature of the trade whereby desires and sexual acts could not be fully articulated by those who engaged in them, and its terminological ambiguity, this narrative lacks a key element associated with historical inquiry: it is without a measurement of linear change over time. For this reason, the narrative will not trace the chronological trajectory of the Trade from the antebellum period through the Civil War. Rather the purpose of this research is to present an analytical framework that will expose and aid in the exploration of the often silenced history of miscegenation and rape as pillars of slavery. This essay explores the Fancy Trade as the sexualization of race and the commodification and commercialization of rape in the antebellum South. Much of the theory interwoven into the analysis will be a compilation from the works of others who have contributed to the discussion on the Fancy Trade, slavery, and African American women’s history.

African American women’s experience under slavery existed in a sexual economy of slavery that was defined by their “economic purpose of replenishing the slave labor supply” and “buttressing planter hegemony.” This history has a lingering effect in how women of color are perceived today. For example, the Jezebel as a symbol of the hyper sexed black woman is a popular controlling image in hip-hop and pop-culture media- narratives. This controlling image of black sexuality, whose origins date back to United States slavery, continues to shape popular perceptions of present day black femininity. In addition, the continuity of the controlling images of black female sexuality illustrates the double jeopardy of race and sex both then and now.

The exploration of the process of racial othering used to justify the rape of enslaved black women is not a novel subject. For instance, Evelyn Brooks Higginbotham discusses the metalanguages of race as they intersect with the construct of other social identities—class, gender, and sexuality. She writes,” Race must be seen as a social construction predicated upon the recognition of difference and signifying the simultaneous distinguishing and positioning of groups vis-a-vis one another. “ Just as important, she recognizes that these differences very much depended on relationships of power. “Race, “ she explains, “is a highly contested representation of relations of power between social categories by which individuals are identified an identify themselves. “ She continues:

The recognition of racial distinctions emanates from and adapts to multiple uses of power in society. Perceived as ‘natural’ and ‘appropriate,’ such racial categories are strategically necessary for the function of power in countless institutional and ideological forms, both explicit and subtle.

In other words, white men compartmentalized their sexuality, race, and social status in opposition to blacks in order to justify the actions committed against the enslaved.

Moreover, the conspiracy of silence surrounding African American women’s sexual histories is just as important. Silencing the sexual violence perpetuated on enslaved women and its importance in buttressing white patriarchy, contributes to the continuation of the oppression of women of color in present day society. Voice is important. It is how we communicate with others, express ourselves, and share our experiences. In a sense, voice is a form of liberation through expression. So how then can we as historians capture the voice of a group that has no representation?

The answer lies in the analytical framework being implemented hence the importance of an intersectionality approach to African American women’s history. It is imperative that scholars rethink illicit sexual economies like the Fancy Trade and its commercialization of the promise and pleasure of rape in the context of an intersectionality framework. Intersectionality also emphasizes the ways in which multiple systems of inequality, dominance, and subordination intersect and co-constitute one another similar to the ways that race, class, gender, and sexuality are co-constructed in the context of the fancy trade. Within intersectionality, identifying the historical origins and context within which oppressive systems operate contributes to exposing the power relations at play. More importantly, adopting an intersectional lens to examine the histories of African American women permits a discourse on the rape of enslaved women of color and benefits the discussion on race, gender, and sexuality in the present American context.