Black Reparations for Twentieth Century Federal Housing Discrimination: The Construction of White Wealth and the Effects of Denied Black Homeownership 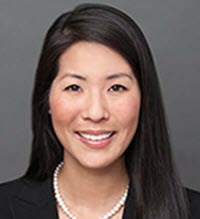 Since June, the reparations bill has made little to no progress through either the House or the Senate. Indeed, the idea of reparations to African-and black-Americans for the profound harms of slavery and its legacy of racism in the United States has gained limited traction in the past two centuries. Opposing the reparations bill, Senate majority leader Mitch McConnell stated: "I don't think reparations for something that happened 150 years ago for whom none of us currently living are responsible is a good idea .... We've tried to deal with our original sin of slavery by fighting a civil war, by passing landmark civil rights legislation. We elected an African American president." Senator McConnell is not alone in his position. Critics of reparations for slavery and its effects have historically argued that the challenges of pragmatism, causation, and time make reparations improper and infeasible. Critics often ask how reparations should be quantified and distributed, whether we can determine what would have happened but-for slavery, and whether the passage of over 125 years erodes "ancient injustice" claims for compensation, accountability, and standing. Tabling the rich but somewhat static debate on black reparations for U.S. slavery, this paper takes a different approach and focuses on a narrow band of more recent and quantifiable government wrongs for which black-Americans are entitled to reparations.

Part I examines the U.S. government's housing practices--from the New Deal until the 1968 Fair Housing Act and its 1988 Amendments--to reveal that although the New Deal's national housing programs revolutionized homeownership and home equity in the United States, the U.S. government's federal housing programs were racially discriminatory. Specifically, and quite shockingly, the U.S. government actively created and promulgated racist neighborhood rating systems that constructed black neighborhoods and black properly as unstable, volatile, hazardous, and not worthy of investment. Using these racist rating systems, the federal government endorsed racial covenants and invested federal money into the creation and accumulation of white wealth, the value of whiteness, white suburbia, and white homeownership. Meanwhile, the government denied blacks federal housing funding, fueling black stigma and barring black-Americans from the invaluable twentieth century opportunities of homeownership and home equity.

In conclusion, this paper argues in favor of black reparations for the discriminatory U.S. housing practices that persisted from the 1930s to the 1980s--and whose remnants pervasively continue to damage black-American communities today. At a minimum, this paper argues that the U.S. government should compensate black-Americans for the 1.239 quintillion dollars of discriminatory federal housing spending. In addition, recognizing the power of wealth accumulation, the U.S. government should consider the grave and lasting impact of its discriminatory housing practices in order to repair the government-initiated wrongs perpetrated merely one generation ago. While black reparations for federal housing discrimination do not speak to or cure the issues of reparations for slavery in the United States, such reparations are one step forward in correcting past wrongs that continue to devastate black-American communities and will continue to haunt our country, if left unrepaired.

In federal criminal cases, upon a defendant's conviction, crime victims are often awarded restitution to compensate for the harm caused by the defendant's criminal offense. For some federal offenses, restitution is mandatory, and can include costs for "medical and related professional services" relating to "physical, psychiatric, and psychological care," and reimbursement to the victim "for income lost by such victim as a result of such offense." In addition, the U.S. Department of Justice manages a Crime Victims Fund (the "CVF") of over $12 billion, which is a repository of fines, fees, and special assessments collected across federal criminal cases. Last year, for example, the CVF awarded $3.4 billion in grants to aid crime victims nationwide.

In response to Senator McConnell's opposition to the reparations bill, which was effectively an argument that the crimes of slavery occurred too long ago and thus should be time-barred, journalist Ta-Nehisi Coates offered the following response:

[McConnell's] rebuttal proffers a strange theory of governance, that American accounts are somehow bound by the lifetime of its generations. But well into this century, the United States was still paying out pensions to the heirs of Civil War soldiers. We honor treaties that date back some 200 years, despite no one being alive who signed those treaties. Many of us would love to be taxed for the things we are solely and individually responsible for. But we are American citizens, and thus bound to a collective enterprise that extends beyond our individual and personal reach .... We recognize our lineage as a generational trust, as inheritance, and the real dilemma posed by reparations is just that: a dilemma of inheritance. It is impossible to imagine America without the inheritance of slavery.

Coates further explained that after 250 years of slavery in the United States, "this country could have extended its hallowed principles--life, liberty, and the pursuit of happiness--to all, regardless of color .... [But instead,] black people were subjected to a relentless campaign of terror, a campaign that extended well into the lifetime of Majority Leader McConnell." Coates emphasized that McConnell "was alive for the redlining of Chicago and the looting of black homeowners of some $4 billion," among other twentieth and twenty-first century acts of racism and harm to black-Americans."Victims of that plunder are very much alive today."

In the words of President Barack Obama, paraphrasing William Faulkner: "The past isn't dead and buried. In fact, it isn't even past." Perpetrated merely one generation ago, the damaging effects of twentieth century federal housing discrimination continue to devastate black-American communities and families today. Through the black-white wealth gap, the accumulated benefits of homeownership, continued racial stigma, and discriminatory lending, the legacy of the U.S. government's discriminatory housing practices that were initiated during New Deal continue to thrive in the United States."[R]acial injustices of the past continue to shape American society by disadvantaging African-Americans in a variety of ways."

While critics of black reparations, which primarily focus on reparations for black slavery, argue that such harms are too far in the past and therefore too difficult to connect, quantify, and distribute, reparations for federal housing discrimination provide a remarkably rare opportunity for black reparations. At minimum, the net amount of discriminatory federal assistance can be easily quantified in 2010 dollars and black-Americans should be compensated for at least 1.239 quintillion dollars of federal money that was discriminatorily used to construct, subsidize, purchase, and invest in white properly and white wealth at the expense of black-Americans. In addition, recognizing the power of wealth accumulation and the grave and lasting impact of discriminatory federal housing practices, the U.S. government should consider the broad and damaging effects of its discriminatory practices to expand the scope of black reparations beyond net federal spending.

How and to whom black reparations for twentieth century federal housing discrimination should be distributed are valid questions that are beyond the scope of this paper. Reparations could come in the form of both money and new policies that target the detrimental effects of the original harm. Reparations could be distributed to communities, schools, or to individuals. These, however, are questions for another day.

By revealing the express federal initiation, authorization, and perpetuation of denied housing and homeownership to black-Americans, this paper argues that black reparations for twentieth century federal housing discrimination are justified, necessary, and feasible. In order to open the "great vaults of opportunity" to all U.S.-Americans, it is time for the U.S. government to allow black-Americans to cash their check--"a check that will give them the riches of freedom[,] the security of justice," and the substantial benefits of homeownership.

Columbia Law School, J.D.; Harvard University, A.B. The arguments and ideas contained in this paper are those of the author in her personal capacity.