The Cultural War over Reparations for Slavery 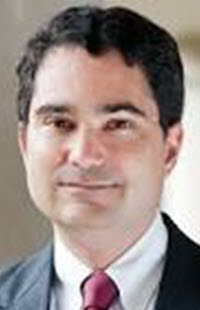 American democracy is a most dramatic form of social organization, and in that drama each of us enacts his role by asserting his own and his group's values and traditions against those of his fellow citizens. Indeed, a battle-royal conflict of interests appears to be basic to our conception of freedom, and the drama of democracy proceeds through a warfare of words and symbolic actions by which we seek to advance our private interests while resolving our political differences. Since the Civil War this form of symbolic action has served as a moral substitute for armed warfare, and we have managed to restrain ourselves to a debate which we carry on in the not always justified faith that the outcome will serve the larger interests of democracy. Unfortunately, this doesn't always work out, and when it doesn't, the winners of a given contention are likely to concern themselves with only the fruits of victory, while leaving it to the losers to grapple with the issues that are left unresolved. Ralph Ellison, author of Invisible Man

Reparations for slavery and its claims for accounting of past injustice, for apologies and truth commissions, for a reconciliation of decades-old debts and forward-looking relief, and for group-based relief represents yet another front on what has been called the culture wars of the 1990s and the present. The case for reparations rests on how we view the past and what one should do about it. Indeed, reparations taps into a decades-old debate over how to deal with inequality in American society. Should we try to ensure equality of outcome or equality of opportunity? Is racial progress best achieved by demanding equal treatment through the courts or by a gradual process of accommodation? By having a reckoning with slavery and the legacy of Jim Crow or by focusing with single-minded devotion on the present? At the beginning of the twentieth century, the debate on these issues was between Booker T. Washington and W.E.B. DuBois. More recently it has been between public intellectuals and reparations skeptics like John McWhorter and Ward Connerly and reparationists like Charles Ogletree.

The case for reparations rests, in large part, on determining critical issues like what is the value of truth commissions and can racial reconciliation take place without a remedy? This Article first identifies the issues at stake in the culture war over reparations. Then it turns to an in-depth exploration of the arguments against reparations. It addresses how reparationists view those arguments, as well as the independent arguments reparationists put forward. The Article concludes with an assessment of the utility, as well as disadvantages of reparations, and what we might expect to gain (and lose) through a comprehensive reparations program.