Confederate Monuments as Badges of Slavery 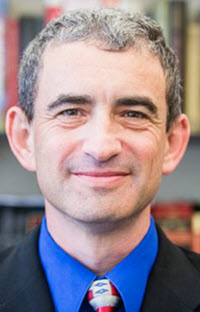 One and a half centuries after the guns of Civil War ceased to spew their deadly lead, monuments throughout the South continue to stand as badges of a rebellion undertaken to preserve the South's peculiar institution. Despite the Thirteenth Amendment's ban against the badges of slavery or involuntary servitude, States have thrown up roadblocks against the removal of Confederate monuments in cities such as Atlanta, Georgia; Birmingham, Alabama; and Memphis, Tennessee. In some locations, as at Stone Mountain in Georgia, removal is complicated by the enormous size of the commemorative relief. These monuments memorialize the achievements of military prowess brandished in support of slavery. They are not solely historical markers nor burial obelisks but symbols of racist heritage.

Several States glorify Confederate soldiers' heroism by statutorily protecting statues and obelisks erected to honor them, without condemning slavery for which they fought or praising the ratification of the Thirteenth Amendment through which the nation abolished slavery. A number of cities have sought to remove Confederate monuments against States' policies. After the City of Birmingham erected a plywood barrier to disguise a monument to the memory of Confederate sailors and soldiers, the Alabama Attorney General brought a lawsuit for the barrier's removal. He brought the case under the Alabama Memorial Preservation Act, which prohibits removal of any monument that has been located in a public place for forty or more years. The trial court held that “[j]ust as the state could not force any particular citizen to post a pro-Confederacy sign in his or her front lawn, so too can the state not commandeer the city's property for the state's preferred message.” The Alabama Supreme Court ruled against the city of Birmingham, however, and found that it had no free speech right. In Memphis, to avoid complying with the State Heritage Protection Act, the City Council approved the sale of parks to a nonprofit organization that vowed to remove confederate symbols, rather than abiding by a Tennessee law protecting them. And, in North Carolina, protestors took vigilante action on the Chapel Hill campus to topple a Silent Sam statue. This property destruction cost the Board of Governors of the University of North Carolina system and the University of North Carolina $2.5 million paid in a pre-trial settlement to the Sons of the Confederate Veterans. More organized removals occurred in Winston-Salem and Pittsboro, North Carolina. That state's monument law remains in force, however, preventing removal of Confederate monuments on North Carolina state grounds. The lack of uniformity is empowering, but it also leaves legal uncertainty of how cities should approach the problem in the future.

The free speech claims that failed in Birmingham were also not determinative in a circuit court in Charlottesville, Virginia, the location of a 2017 violent, white supremacist protest. Indeed, one writer has rightly said that, “[u]nder current doctrine, a city qua city cannot readily invoke the First Amendment to protect its decision to remove Confederate monuments, nor can it readily assert a collective constitutional or civil right to be free from fear and intimidation.” After the Charlottesville riots, the trial judge for the Circuit Court of the City of Charlottesville found that the state law did not infringe on the city's expression nor did it commandeer municipal alderman.

I do not mean to say that the Thirteenth Amendment is the only appropriate approach to the removal of Confederate monuments. In addition to the use of the First Amendment claim, Micah Schwartzman and Nelson Tebbe have rightly asserted that Confederate monuments “communicate a message of racial inferiority.” The Equal Protection Clause of the Fourteenth Amendment gives cities power to choose to remove them without state interference. Yet, even here, whether courts would adopt such an approach to equal protection jurisprudence is doubtful. An alternative strategy, taken up by this Article, is grounded on the Thirteenth Amendment. This additional option is bound to enrich municipalities' strategies for removing Confederate symbols from publicly owned properties. The Thirteenth Amendment prohibition against the badges of slavery historically and normatively grounds efforts to remove Confederate symbols from government properties.

This Article examines how municipalities can undertake a neo-abolitionist defense against state encroachment into decisions to take down Confederate monuments. It evaluates an affirmative defense that municipalities can assert based on ideals of national freedom following Reconstruction. The Thirteenth Amendment, the Article argues, provides an affirmative defense against state efforts to legitimize Confederate monuments and the badges of slavery they represent. It relies on a case study from Charlottesville, Virginia to illustrate how supremacist groups continue to unite around those symbols of white supremacism.

The racist significance of Confederate symbols is not lost on supremacist groups. As in Charlottesville during the 2017 Unite the Right rally, monuments to the heroes of the Lost Cause continue to be rallying points for groups who seek to intimidate communities and to rally support for racist ideologies. They are not merely historical but in contemporary contexts symbolize recalcitrance against racial uplift and resonate with the nostalgia of white supremacy. Cities seeking to remove Confederate symbols can look to the Thirteenth Amendment as a source of affirmative defense against States seeking to bar their removal.

The democratic initiatives of cities like Birmingham and Charlottesville to take down symbols of the Confederacy have been thwarted by States that prohibit citizens from carrying out their popular will. States like Alabama and Virginia protect the badges of slavery and the Jim Crow culture that after the Civil War emerged in much of the South. Their removal should be the prerogative of city residents acting through their elected representatives or by popular referenda to eliminate state sanctioned symbols of oppressions and bondage.