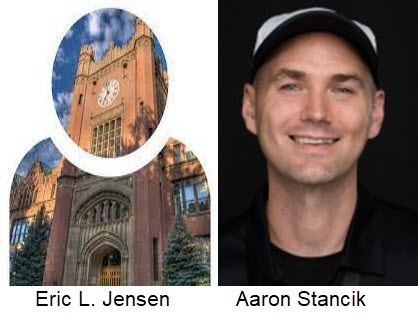 Major changes in cannabis policy have taken place in the United States since the 1970s, most of them in the past twenty years. The first was the decriminalization of possession in some states in the 1970s. Next came the now wide-spread authorization of cannabis for medicinal purposes in the 1990s and 2000s. More recently has been state legislation legalizing recreational cannabis. These massive changes in cannabis policy in the United States came at the state level, not the federal level. In many states these policy changes came from the grassroots level in the form of citizen initiatives. The topic of this paper is the result of a unique combination of these three changes in United States drug policy: the establishment of cannabis enterprises in Indian Country in Washington State.

Native American tribes that have entered the emerging cannabis economy in the United States are navigating jurisdictional complexities at the federal, state, and tribal levels. The cannabis industry presents potential opportunities for tribes to enhance their economic resources and provide employment for tribal members and the nearby non-Indian communities. These opportunities exist with the establishment of retail shops, cultivation, manufacturing, laboratory testing, and medical research. Given that there are 109 federally-recognized native tribes in California, the experience in Washington State is only a beginning of what may become a major commercial benefit for economically disadvantaged native populations in the U.S. The legal cannabis industry is the fastest growing job sector in the United States, with 150,000 full-time employees and a projected 340,000 by 2022. The emerging industry has provided a new source of economic growth and job opportunities for Native American tribes that have entered into this new enterprise and which have successfully navigated the numerous complex jurisdictional issues involved.

The cannabis industry could prove lucrative, as has gaming for some tribes. In 2017, companies that grow, process, or sell cannabis reported $12.9 billion in revenue, and upwards of $4.7 billion was collected in sales, excise, and income taxes. In Indian Country, cannabis can provide a source of revenue and tribal taxes, which can be used for essential services to tribal members.

Eric L. Jensen, Ph. D., is Professor Emeritus of Sociology at the University of Idaho.