The Oglala Lakota and the Right to Health: The Forgotten Americans 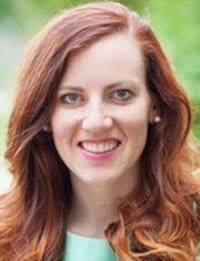 In 1952, while working as a librarian at the Veterans Administration Hospital in Hot Springs, South Dakota, Margaret Farrell contracted tuberculosis. Margaret Farrell is the author's grandmother and she shared her experience of the disease and treatment with her descendants Margaret Farrell was lucky; she lived near a community that housed a sanatorium for tuberculosis. Lucky may be a bit of a stretch; she was still quarantined for a year. Effective chemotherapy treatment for tuberculosis was still a few years away, and Rifampin was not available clinically until 1966. And so, she remained in the sanatorium for 12 months; each Wednesday her husband would visit in the evenings, and on Sunday he would bring their toddler, so Margaret could wave to her from behind a window. During the course of her quarantine she had one nurse who did not believe Margaret was allergic to penicillin, a mistake that nearly killed her. Otherwise, she was prescribed rest and nutrition and made a full recovery. In the spring of 1953, she gained her freedom but was met with isolation from the community; she talked about being socially ostracized the way early HIV patients were. Years later, she was admitted into the social clubs, but the emotional scars from the early shunning did not disappear, although she never shared them outside of her family. Her husband was a lawyer for the water company in town and was able to gain insurance for her through his employment, although most insurance companies denied her coverage for what we see today as pre-existing conditions. Margaret continued to get chest X-Rays in her hometown for a few years, but eventually doctors decided it had been long enough without any spots. Margaret went on to live a long and healthy life before passing away in 2013 at the age of 93. Margaret Farrell contracted tuberculosis nearly seventy years ago and was one of the last in the community to suffer from it. Health officials once predicted the eradication of tuberculosis by the year 1915. They were wrong, but with the advent of antibiotics, “tuberculosis has been on the decline [in the U.S.] since 1992.” “[T]here's a vague perception that it is a historic disease - long since cured and largely forgotten.” If Americans think about tuberculosis at all, it is in places of far off destinations: the Russian prison system, India, and South Africa as a co-infection with HIV. It is a disease of history, removed from the American landscape. Roughly 10 million people throughout the world contract tuberculosis each year, but “the history of tuberculosis control is really one of forgetting.”

This is not a paper about Margaret Farrell, her community, or tuberculosis. This paper instead is about a community that is talked about in similar ways as tuberculosis: isolated, historic, and forgotten. Located 60 miles away from Hot Springs, South Dakota is the town of Pine Ridge, South Dakota that is located within the boundaries of the Pine Ridge Indian Reservation and is home to the Lakota Sioux Tribe. This paper is about their community and their right to health as is articulated in Article 12 of the International Covenant on Economic, Social and Cultural Rights. The first section of this paper will provide background on the current Lakota Sioux Tribe demographics, which will provide a stark contrast to those found in Hot Springs, followed by significant historical background including pieces of legislation and treaties that have impacted and shaped the Lakota life that is found today to place the community in context of their current health status. The scope of the paper will then expand out to provide an overview of the status of Indigenous health in the United States, with a brief overview of Indigenous health issues globally. It will then move into the Right to Health as is enumerated in Article 12 of the Covenant on Economic, Social and Cultural Rights. The last section of this paper will address how the Right to Health has been violated for the Oglala Lakota Sioux, not through numbers but through a document analysis that includes news stories, personal narratives, and failed legislation.

Rights, once guaranteed, are non-negotiable. The United States has failed to meet its minimum core obligations under the right to health provided in Article 12 of the ICESCR for indigenous people, especially the Oglala Lakota. Nor has it met its responsibility under the numerous domestic treaties, court cases, and pieces of legislation that all call for the provision of adequate, accessible, affordable and professional medical services, physicians, and hospitals for the care of American Indians and Alaska Natives.

The continuation of ascribing poor health outcomes and systematic failures primarily to indigenous individuals reinforces the notion that their health and well-being are separate from social determinants, participation and representation in governance, and accountability of economic and financial sectors. It is important not to subscribe to the notion that the Oglala Lakota and their troubles are isolated, historic, and forgotten. The fact that one is born a Native American or Alaska Native should not dictate when and how one will die. The government must be held accountable to the standards that they have proscribed in domestic and international treaties.

Katherine Farrell Ginsbach is an Associate at the O'Neill Institute for National and Global Health Law and Georgetown University Law Center.