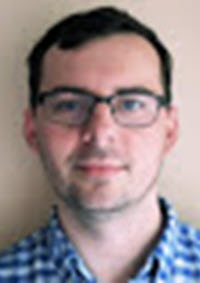 It has been said that baseball is America's national pastime. But our real national pastime is politics. Nothing captures the American imagination like a big election. We learn about the candidates, and we vote in the primary of our preferred political party. We go to rallies and chant slogans. We donate and buy campaign gear. We put up yard signs, participate in phone banking (and in a new modernization, “text banking”), knock on doors, and display bumper stickers. We get mad online. We sometimes get mad in real life, and on rare occasions, violent.

Finally, the day arrives: we vote, frequently early, but only occasionally often. The most partisan among us stand outside the polling precinct, passing out sample ballots and making a last-ditch effort to persuade that one voter who remains undecided even as they enter the polling place. And we come together as a country on election night to watch the returns. “The thrill of victory and the agony of defeat” is perhaps nowhere better illustrated than an election night campaign party. If you need further proof that politics surpasses baseball, consider this: unlike baseball, elections don't get called off when there's a pandemic.

But there is one other important thing that we do before elections: we litigate. We litigate about district lines and gerrymandering. We litigate about the standards for counting absentee ballots. We litigate about who should be on the ballot, both in terms of qualified parties and individual candidates. We litigate about voter identification laws--the variety of election litigation that this Comment analyzes. Sometimes we litigate so much that the time for an election is rapidly approaching, but the courts have not been able to resolve all the litigation. Those cases clearly require an immediate, albeit temporary, resolution so that the election can proceed in an orderly fashion.

A doctrine called the Purcell principle governs cases challenging election regulations that run up against the election date. The doctrine cautions courts against changing voting regulations close to an election. While its bones can be found in previous cases, it was clearly elucidated in Purcell v. Gonzalez. The Purcell principle explains many Supreme Court orders issued close to elections that could be perceived as internally inconsistent, at least from a partisan standpoint.

Such a situation arose in the 2018 midterm elections in North Dakota. There, Native Americans challenged an election regulation--a requirement to provide an identifying document with a current residential street address before being allowed to vote--and the dispute was still pending close to the election date. Ultimately, the federal courts temporarily resolved the challenge in favor of the state.

This Comment will argue that the various rulings issued by the federal courts in the North Dakota cases misapplied the Purcell principle. The courts mechanically applied the Purcell principle while undervaluing the reasons behind Purcell: protection of the fundamental right to vote, especially in the Voting Rights Act context, and the high risk of voter confusion when the rules are changed near the end of the election process. Through the lens of the North Dakota cases, this Comment will also show that the Purcell principle needs to be reexamined in light of existing jurisprudence around stays.

Specifically, Part II will describe the general legal background of stays, including the Supreme Court's introduction of the Purcell principle and applications of the principle through the 2018 elections.

Part III will then turn its attention to the election in North Dakota, including the relevant election laws, federal case law, and the factual circumstances.

Part V will discuss possible solutions moving forward; it will suggest a de-emphasis of Purcell, instead subsuming its rationale as a very important, but not dispositive, factor when weighing the public interest in the traditional test for a stay. Part V will also argue that the Supreme Court should explain itself instead of working from the “shadow docket.” Finally, it will discuss possible alternatives for litigants who may be faced with an overbearing federal interpretation of Purcell.

According to the Constitution, we will continue to have elections, and the litigation surrounding elections will also likely continue unabated. But unless the jurisprudence around election-related stays is clarified, the lower courts will continue to be confused and subject to catcalls of partisan bias. North Dakota in 2018 is a perfect illustration of the chaos that can ensue when courts interfere with election regulations too close to the election. On the other hand, refusing to interfere with some election regulations may itself lead to disenfranchisement.

This Comment has proposed that the Supreme Court should protect voting rights and work to restore faith in our democratic processes simply by explaining further how lower courts should handle requests for stays and injunctions in the sensitive election context. It is perhaps inevitable that sometimes the rules will change in the middle of the electoral game. But lower courts, litigants, election administrators, candidates, and citizens all deserve certainty about how and when the rules might change. If the Court provides that certainty, it will be a step in the right direction toward a restored faith that our judiciary's pastime is not politics, but baseball: calling balls and strikes in a nonpartisan fashion.