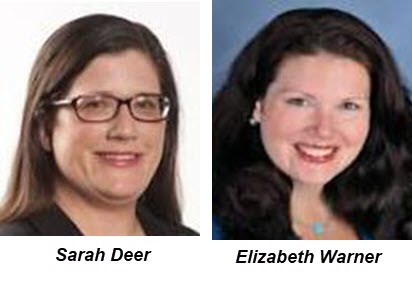 This article examines issues going to the heart of tribal self-determination-- extractive industries operating within and near Indian country and how they are impacting tribal communities through climate change and the safety of Native people, especially women and children. Given the importance of the topic, the title of this article is deliberately provoking. Using "rape" as a metaphor for any other human experience is mired in controversy. Some activists within the anti-rape movement have raised significant concerns that the use of the language of "rape" outside the context of criminal law only serves to minimize the experience of individual sexual assault victims. While we are sympathetic to this perspective, we also strongly believe that an expansive definition of the term "rape" can and should be understood to mean a serious harm to both the climate and Indian nations, and what will happen to tribal cultures and the lands that have been exploited. Thus, in this Article, we deliberately deploy the language of "rape"--despite its controversy--to tell the legal story of how violence against Native women is directly linked to the fossil fuel industry and, by extension, climate change.

There are two reasons to use the language of sexual violence in our examination. First, many tribal cultures understand the unchecked exploitation of the earth to be a violent attack on the land, which itself carries feminine qualities. Because many tribal cultures ascribe important feminine qualities to the land, the mistreatment of "mother earth" carries important gendered consequences. As an example, Native scholar Donald Fixico explains the gendered nature of the land which is embedded within many tribal epistemologies:

The traditional Indian woman represented the heart of her people. Her role was often mixed with the symbolism of the earth in the philosophies of many tribes. In the oral tradition of many tribes, the earth is a mother nourishing her human children and animal children alike ... In this light, earth and the mother are the same. Thus, while other mainstream movements in the United States may object to the use of "rape" as a descriptor for environmental degradation, it has particularly salient relevance in the unique context of Native communities who are seeking to protect their land and water. Typically, traditional epistemologies understand Native people as being inextricably linked to land--completely dependent on the land for subsistence. In addition, many tribal spiritual beliefs are tied to the land. Second, because the crime of sexual violence has exponentially increased in communities where extractive industry activities have been established, we can understand how the rape of the bodies of Native women and children is directly linked to extractive industries. These dynamics are explored below. We deliberately deploy the controversial language of rape to discuss the concrete impacts of climate change and environmental degradation and the connection to the widespread rate of violence and sexual assault that women and children experience. Indeed, the tactics of both exploitative energy companies and sexual predators share many of the same qualities, tactics, and motivations. While we do not mean to suggest that these companies themselves are "rapists" in the criminal sense, the exploration of these shared tactics helps us better understand the linkages between harm to the earth (through energy extraction and climate change) and harm to Native women. Indeed, understanding rape by gendering land allows us to articulate the connections between exploitation of the land and exploitations of the female body. "Rape" is more than mere metaphor in the context of tribal lives--the rape of mother earth and the rape of women and children are part of the same colonial power dynamics. Our use of the term "rape" is not intended to be a mere metaphor when we talk about the types of environmental harm that can be conceived as a type of sexual violence being perpetrated against the "mother earth."

The imposition by predatory extractive industries carries some of the same motivations of a sexual predator. Sexual predation and unchecked exploration of the land are achieved through the misuse of power. If we consider common tactics used by sexual predators, we can quickly understand the parallel motivations of predatory energy companies, which often use similar tactics. For example, sexual predators use a variety of techniques to isolate and silence their victims, such as failing to respect her bodily integrity and ignoring the victim's refusal. In the context of a sexual assault, survivors experience a complete loss of control during the assault, as their bodies experience painful intrusion and invasion, which victims experience as a form of ultimate violence (short of murder). Survivors of sexual assault often suffer for years or even decades while recovering from the assault, and are often not able to obtain the kinds of advocacy and support that is needed to make a full recovery. Much of rape law today is predicated on the concept of "consent," wherein rape constitutes a perpetrator forcing sexual intercourse without the full consent of the victim. Typically, a sexual predator seeks to control his victim and isolate her, without regard to her humanity and dignity. Sharon Marcus argues that "[t]he horror of rape is not that it steals something from us but that it makes us into things to be taken."

In the context of abusive exploitation of energy resources in Indian country, we see some of the same tactics on a meta-level. The horror of excessive fossil fuel extraction is not just its contribution to climate change or the stealing of valuable resources, but also about making tribal nations into things to be taken. Indeed, as we explore in this Article, many tribal nations are finding that the impacts of climate change pose significant existential problems that could render some tribal nations at risk of disappearing in the long-run, and some communities, such as those in Alaska and Louisiana, have already lost their territories.

In 2015, for example, as conflicts percolated between the federal government and the tribal nations of North Dakota and South Dakota during the NO DAPL (Dakota Access Pipe Line) encampment in North Dakota, tribal leaders often complained that the industry was seeking to exploit mother earth without considering the feminine qualities of the land or the necessity of preserving sacred sites and the water that provides nourishment to entire community. Indeed, many of the most devastating extractive projects that have damaged mother earth are couched in the same tactics used by sexual predators. Some extractive industries, for example, have been able to side-step the requirement that tribal nations should be consulted before major projects are initiated that will have a negative impact on the tribal nation.

Because the industries are effectively ignoring these requirements, there is simply no way to ensure that tribal leaders have a meaningful opportunity to give informed consent to the extractive industries. These energy companies ignore the wishes and needs of particular communities just as a rapist does to his victims, and this failure to respect the integrity of tribal land bases is akin to non-consent in the sexual assault context. Extractive industries also have a history of using violence to intimidate and control the lives of water protectors. At Standing Rock, the pipeline construction company hired a security team that brought trained attack dogs to the site of the stand-off. These tactics were deliberately designed to terrorize the protectors in much the same way that a rapist terrorizes his victim.

We cannot forget that many tribal nations are facing long-term existential challenges as a result of environmental devastation. Even after the extractive industry finishes its work, long-term damage to the earth will remain. Thus, Native rape survivors find themselves sharing a painful experience with their homelands, who were also harmed or destroyed by the predators of the extractive industries. Even though the rape is over, the harm continues.

Accordingly, this Article seeks to shed light on rape such as it affects mother earth, tribal communities, and Native people. To accomplish this, the Article begins with a discussion of the Trump administration's policies, which affect energy and natural resource development within and near Indian country. This first Part continues on to examine how the policies of both the Obama and Trump administrations have and have not helped to protect Native people. The next Part examines how these policies have the very real potential of increasing the vulnerability of Native people through the creation of climate refugees and by increasing the susceptibility of Native people to rape and sexual assault. The last Part offers ways forward to improve upon the status quo. This final Part examines the capacity of tribal governments to effectively address the problems identified in the Article. This Part also considers how modifications to federal law, such as a large scale "Oliphant fix," might improve upon the existing vulnerability of many Native people. Ultimately, the article concludes that the Trump administration's policies will likely lead to amplified exposure of Native peoples to detrimental environmental and sexual exploitation--indeed, the rape of Indian country.

In this Article, we have examined the policies of the Trump Administration as they relate to extractive development on and near Indian country, and policies related to the protection of Native people from rape and sexual assault. As demonstrated above, the Administration's policies are likely to increase both the environmental and physical vulnerabilities of Native people. Native people will not only likely face exacerbated physical insecurity, but their environments will likely be increasingly stripped of natural resources. As a result, the raping of Indian county continues. But this Article is not without hope. At least two ways forward, improvements upon the status quo, exist. Tribal governments possess the requisite capacity to address both the environmental and criminal challenges presented here. Further, changes to federal law, such as the Oliphant fix suggested above, provide meaningful opportunities for change. The rape of Indian country envisioned in this article is not a foregone conclusion; together, change can protect our land and bodies.

Professor Sarah Deer, J.D. is a professor at the University of Kansas with a joint appointment in International & Interdisciplinary Studies-- Women, Gender & Sexuality Studies and the School of Public Affairs & Administration. She is also a citizen of the Muscogee (Creek) Nation. Professor Deer has worked to end violence against women for over twenty-five years and was named a Mac Arthur Fellow in 2014.

Professor Elizabeth Ann Kronk Warner is the dean of the S.J. Quinney College of Law at the University of Utah.