A Crisis of Conscience: Miscarriages of Justice and Indigenous Defendants in Canada 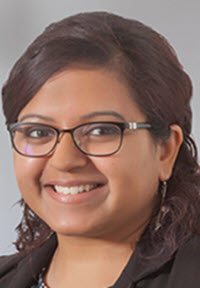 The criminal justice system failed Donald Marshall, Jr. at virtually every turn from his arrest and wrongful conviction for murder in 1971 up to, and even beyond, his acquittal by the Court of Appeal in 1983. The tragedy of the failure is compounded by evidence that this miscarriage of justice could--and should--have been prevented, or at least corrected quickly, if those involved in the system had carried out their duties in a professional and/or competent manner. That they did not is due, in part at least, to the fact that Donald Marshall, Jr. is a Native.

It is well documented that Indigenous peoples are highly overrepresented in Canadian prisons. The historic racial, social, cultural, and economic subjugation of Indigenous peoples by Canadian settlers has resulted in higher incidences of criminality among Indigenous populations. To assume this is the whole story, however, is to ignore a pressing truth: that Indigenous people are also at a higher risk of being wrongly arrested, wrongly convicted, and wrongly imprisoned. As this paper will explain, this increased risk stems from the systemic anti-Indigenous racism inherent in the Canadian criminal justice system, which manifests in various ways.

There is still very little Canadian legal literature on miscarriages of justice that focuses specifically on Indigenous accuseds. One notable example is Professor Kent Roach's recent comparative study of wrongful convictions of Indigenous accuseds in Australia and Canada. Roach finds that these wrongful convictions likely stem from the structural inequality faced by Indigenous peoples due to colonialism. Such inequality worsens the contributing factors underlying wrongful conviction previously mentioned and creates new factors of which we may not be aware. In this paper, I aim to continue this analysis in a domestic context and provide recommendations for reform and further research.

The use of the term "miscarriage of justice" as opposed to "wrongful conviction" is meant to convey a broader sense of the legal issues at hand, which encompass not only wrongful convictions but also over-charging of Indigenous accuseds, wrongful arrests and imprisonment, and wrongful denials of bail and parole applications. The social issues are, of course, even broader and merit their own investigation.

The research question of this paper was shaped under the supervision of Amanda Carling, manager of Indigenous Initiatives at the University of Toronto, in her then-capacity as national legal education counsel at the Association in Defence of the Wrongly Convicted. At the time, I was a student at the University of Toronto, Faculty of Law. I am of a first-generation settler background and Amanda Carling is Métis.

• What manifestations of racism (overt or systemic) have you witnessed in our criminal justice system and what do you think should be done to remedy them?

• What, in your experience, is the incidence of self-representation or reliance on duty counsel with Indigenous accuseds?

• What sorts of language and cultural barriers exist in the Canadian courtroom when an Indigenous person is on trial?

Do you feel non-Indigenous lawyers (including duty counsel) are adequately equipped to represent Aboriginal clients? If not, is there any additional training or knowledge that you think could help them do a better job?

• How do these issues vary across bands or nations? How are they similar?

• Is there anything else you would like to share with me on this subject, or anything you feel I have missed?

In my secondary research, I drew on a number of sources including government reports, trial and appeal files of historical cases, national and international literature on miscarriages of justice, studies on Indigenous languages and cultures, and data from Statistics Canada and reports of government as well as non-governmental bodies.

I use these sources presently to discuss the heightened vulnerability of Indigenous people to the "classical" contributing factors of miscarriages of justice, the existence of culturally specific contributing factors, and suggestions for reform made by the primary source interviewees. Throughout, I draw on the narratives and experiences of Indigenous people who have been wrongly arrested, convicted, and imprisoned by the Canadian criminal justice system, in the form of case studies. My aim in this paper is to provide a comprehensive domestic analysis while sparking further avenues of research and discussion.

Miscarriages of justice can result in wrongful imprisonment, loss of reputation, depression and other mental health issues, destruction of family relationships, and more. These effects can last throughout a lifetime. However, it is a mistake to believe that everyone is at equal risk of suffering such injustice. Although miscarriages of justice can happen to anyone, they are far more likely to occur where the accused is from a marginalized community. Given Canada's history of colonialism and anti-Indigenous oppression, it is clear that the Indigenous peoples of this land have suffered a double injustice: overrepresentation in the prison system, and as argued here, overrepresentation among the wrongly convicted.

All these factors tie into race. Furthermore, issues of race are intrinsically bound up with issues of class, gender, and culture. Even communication and cultural barriers are not only race-specific; often the judgments made about people who "do not speak proper English" are judgments about class and education, which then translate into judgments about race and criminality.

This paper aims to discuss some of these issues, drawing on the experiences of Indigenous accuseds who have suffered miscarriages of justice and on the expertise of various legal professionals in the field. It should by no means be taken as an exhaustive list of causes or a watertight collection of solutions; rather, it is a starting point. The crisis of conscience regarding Canada's treatment of Indigenous peoples needs to include a broad examination of these injustices and how they relate to each other. It needs to include more research into false admissions of guilt, more recommendations for counsel, more investigation into missing and murdered Indigenous women in Canada, more examination of how our child welfare system fails Indigenous families--it needs more.

In the meantime, non-Indigenous settlers and immigrants must educate ourselves and each other on Canada's colonial history. We must listen to the voices of Indigenous people who are willing to share their stories. Most of all, we must check the colonial discourses that run through our own minds and not allow them to govern our interactions with others. Only then can we have a chance at ensuring that all Canadians have access to the justice they need and deserve.