Finding Harmony or Swimming in the Void: the Unavoidable Conflict Between the Interstate Compact on the Placement of Children and the Indian Child Welfare Act

Excerpted from: Neoshia R. Roemer, Finding Harmony or Swimming in the Void: the Unavoidable Conflict Between the Interstate Compact on the Placement of Children and the Indian Child Welfare Act, 94 North Dakota Law Review 149 (2019) (189 Footnotes) (Full Document) 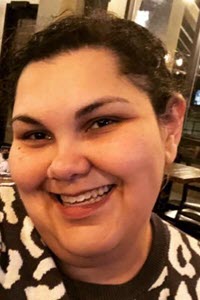 Imagine this scenario: you live in State A. You learn that through involuntary court proceedings, State B has removed your grandchildren from their parents with the intent to terminate parental rights. The children are eligible for enrollment in an Indian tribe. Because of their status, the Indian Child Welfare Act (“ICWA”) applies to the children's placement. In State B, and as ICWA outlines, the children's tribe determines that it would be in the best interests of the children to place them in your care. Great! You look forward to taking your grandchildren, possibly adopting them, and helping them move forward and build a life in your care in State A.

However, there is just one problem: in nearly all cases, before the children can be moved from temporary foster care in State B to your care in State A, both states must complete an evaluation under the Interstate Compact on the Placement of Children (“ICPC”). In a home evaluation, the State B social worker assigned to visit you arbitrarily decides that your home would not be best-suited to the children. Based on the State B social worker's evaluation, the ICPC has essentially invalidated the tribe's placement preference. The children can no longer be placed in your care, even though the tribe, the court of concurrent jurisdiction, wants to place the children in your care. While the courts complied with the federal ICWA and gold standard placement preferences, a state compact--a cordial agreement that states have agreed to adopt into state law and administer through their agencies--has eliminated the chances of you receiving your grandchildren without much chance for review. Now the tribe will have no choice other than to place your grandchildren elsewhere for the purposes of adoption, further breaking up the family and eroding kinship ties. Even the federal law intended to keep your family together cannot save your family from destruction now.

The above scenario is more than just a hypothetical; it is the current state of child placement and adoption procedures when Indian children are placed across state lines. The application of the ICPC in ICWA cases occurs through an administrative procedure, tying a trial judge's hands until the appropriate state administrative office conducts the ICPC evaluation and approves a placement. As applied to Indian children, there is certain, unavoidable conflict between the ICPC and ICWA because it is unclear whether the state administrative procedure that regulates the placement of children across state lines or the federal law that directs the placement of Indian children should prevail. Scenarios where the ICPC and ICWA both apply exist in a gray area. Although these two laws both purport to further the goals of child welfare, there is a conflict between the laws. The regulation of standards for the placement of a child is an area of law traditionally left to the states, leaving federal courts to generally abstain in these matters. But where Indian children are involved, Congress has exercised its trust responsibility to Indian tribes to promote tribal sovereignty by protecting children from excessive placements outside of their families and tribal communities. Where a state follows ICWA placement preferences, or a tribe desires to place a child out of state, the receiving state may deny the placement. The denial of such a placement makes ICWA's mandate and tribal preferences moot.

Prioritizing the ICPC over ICWA makes several dangerous presumptions. First, it presumes to interfere with tribal sovereignty where a tribe is forced to comply with this state procedure to place one of its children. Second, it presumes that a tribal or state entity following ICWA's mandate has not adequately ensured a child's safety. Third, it presumes that a state agency has the authority to implement policies that interfere with a federal substantive law. Even though agencies generally have the power to interpret a law where it is ambiguous or implement policy to achieve their goals, ICWA is not ambiguous, nor does the ICPC help to achieve agency goals. State agencies should not have the power to implement policies that afford a state administrative procedure power to potentially override federal, or state, law. Thus, the ICPC unequivocally should not apply in ICWA cases. In fact, ICWA essentially already achieves what the ICPC does without the intermeddler state.

Therefore, this Article argues the ICPC does not and should not apply where its application renders ICWA and its principles null--further disadvantaging Indian children and injuring Indian families. First, this Article begins with a survey of the most recent ICPC guidelines. Second, this Article moves into a survey of the individual states that have enacted the ICPC, focusing on the variations in applicable provisions and case law that impact, intersect, and conflict with ICWA. Third, this Article considers how the ICPC and ICWA work together through tribal-state compacts, state administrative procedure, and case law. And finally, this Article discusses the legal implications of the conflict between the ICPC and ICWA before concluding.

Without a doubt, ICWA and the ICPC conflict when applied to cases concerning the placement of Indian children. ICWA is a federal law that provides both procedural and substantive legal standards for proceedings where the state is placing an Indian child. The ICPC is an administrative tool that state agencies use to ensure a placement is valid. In ensuring a child's safety, the ICPC and ICWA act in the same field of law. The ICPC and ICWA have complementary goals. However, the application of both the state administrative procedure and the federal process in the same case does not complement congressional goals to protect Indian children.

Generally, federal substantive law preempts state administrative procedure. In the case of ICWA, Congress has spoken to define the placement preferences for Indian children, as well as the forum that is entitled to make this decision. Additionally, Congress has spoken to allow tribal-state compacts where two sovereigns come to an agreement on the placement of Indian children. Congress certainly did not intend to preempt all state law as applied to Indian families, but it did intend to regulate how the states and their administrative agencies would interact with Indian families. Accordingly, where ICWA applies, state courts and agencies should provide absolute deference to ICWA's tribal placement preferences. Much like states, tribes are sovereigns that are generally equipped to evaluate and place a child. In fact, where Indian children are concerned, tribes are the best equipped to make these decisions after evaluating a child's kinship ties and cultural needs in the best interest of the child analysis.

Now, this Article does not argue that tribes and states should refuse to work together to seek placement solutions for Indian children. As it stands, ICWA regulates state courts in its dealings with Indian children, and it requires a working relationship between states and tribes. However, this relationship is severely imbalanced when state administrative agencies assert supremacy over tribal placement preferences through the ICPC, working contrary to ICWA's goals. Certainly, the ICPC and ICWA could collaborate to further each other's goals for child welfare. However, without the proper guidance, there is a large void where the ICPC and ICWA conflict.

Neoshia R. Roemer is the Fellow at the Indigenous Law and Policy Center at the Michigan State University College of Law.