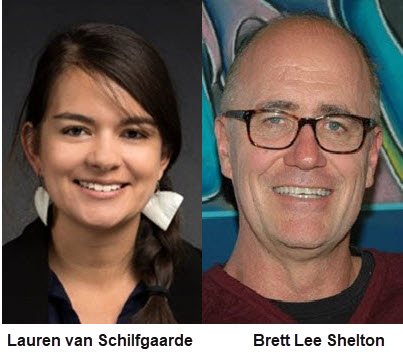 COVID-19 has revealed a startling truth: the nuclear family cannot survive without the support of community and systems around it. For many Indigenous communities, this truth is not so startling--it is obvious. The child's well-being is dependent on the community, and the community's well-being is dependent on the child. The connections and relationships between the child-parent nuclear family and the community should no longer be ignored; rather, they should be elevated and leveraged to once again support the family's survival.

Indigenous children have the right to maintain connections to their Indigenous family, to their tribal nation, and to their culture and education in that culture. For Indigenous communities, these rights translate into obligations the community owes to the child to ensure these connections are robust. But, the child welfare system as applied to Indigenous communities originated with the goal to separate Indigenous children from their Indigenous parents and culture. The child welfare system today operates as a remnant instrument of colonization, prolonging outdated and misguided efforts to assimilate Indigenous children away from their own cultures. Moreover, continued utilization of adversarial and individual-centric principles in family matters tends to harm children more than help them, and this is true in both Indigenous and non-Indigenous settings. The result is additional unnecessary harms to the well-being of children that are already in harm's way. These harms could be avoided, and child welfare outcomes actually supported and enhanced, if tradition-based systems of dispute resolution-- frequently called “peacemaking,” among other names, but which we will call “circle processes”--were employed in the child welfare context.

Many tribes operate their own child welfare systems, and many are attempting to employ circle processes in child welfare cases within their jurisdictions. Generally, circle processes are facilitated family forums in which, because of an issue or incident, the impacted parties and their families gather to discuss the issue(s) and develop a resolution by consensus. The extended family and community are included in the forum to actively participate within the assessment and case planning process, providing substance to the active efforts families are owed in their effort to reunify. Circle processes are rooted in an Indigenous worldview that perceives an issue, particularly a child welfare issue, as evidence of community imbalance that directly impacts the community, and conversely, imparts an obligation on the community to respond. Through the circle, family and community can complete their natural reciprocal relationship.

Removal of family and community from natural roles as decision-makers in matters of child welfare and replacing them with third parties with no relationship to the children involved is one of the more fatal flaws of the current child welfare system. Alleviating this flaw will result in more beneficial decisions, and more support for implementation of those decisions. Circle processes of various sorts--sometimes called, for example, peacemaking or family group decision-making--provide process alternatives to the federally-mandated succession of review hearings. Circle processes are quite simple in that the basic model is to gather people together to have honest discussions about difficult issues and seek resolutions. The goal is to achieve consensus about what should be done moving forward. Because consensus is the basis of the final outcome, that outcome has full support of all involved.

Roughly put, a circle process can be seen as a restorative justice alternative to the “hammer” of the court. The circle process demotes court actors that are intentionally unfamiliar with the family and gives primacy back to non-neutral stakeholders who frequently are excluded from, or have diminished roles in, child welfare hearings--such as extended family and community members. These stakeholders are naturally more motivated to look after their own relative's wellbeing, and more capable and motivated to hold others accountable to finalized decisions. The circle provides those persons, along with the parent(s), the space to speak as a core component of the analysis and the process, rather than as ancillary parties. They, as opposed to the court, collectively design a case plan. Similarly, the circle, as opposed to the court, is empowered to hold itself accountable pursuant to their duties owed to the child.

The hammer of the court can continue to exist, an opt-out option for cases when the circle is unsuccessful, and consensus decisions of circle processes can be adopted as court orders. By allowing the circle process a chance to operate before formal court hearings, not every family issue is automatically treated as a nail. When circle processes are implemented this way, the benefits to children are underscored by research establishing factors that promote childhood well-being. Simply put, circle processes promote well-being.

Traditional Indigenous dispute resolution yields outcomes that are more sustainable in and of themselves. The basis of outcomes is consensus--all those involved must agree to what will happen, including the parents. This, in turn, provides an entire circle of support and accountability, which helps make sure responsibilities identified and assigned as part of a solution to a problem are indeed fulfilled. For example, grandparents and other extended family members, in a child welfare case, will have been part of the discussion of the problem and development of the solution. They are aware of the circumstances leading up to the failure to provide for the child, including the systemic and generational challenges pressing on the family. If the solution requires certain things of the parents to better serve the children, those other relatives are there to ensure that the parents uphold their responsibilities. Perhaps more importantly, those same circles of relatives are also there to provide support so that everyone, including the parents, can uphold their responsibilities to the children. And those support circles will have already been alerted to the heightened possibility that such support might be needed.

As connected components of the family, connected to and thereby owing duties to the child(ren), the participants of the circle are bound by the circle just like the parents. They are also more likely to be culturally competent, circumventing the explicit biases of the nineteenth century, and the more implicit but still harmful biases of the twentieth and twenty-first centuries. As an added process, serving an intermediary role in the otherwise still adversarial child welfare case, the circle is an opportunity with minimal risk. They manifest the active efforts that state courts so frequently dread providing. The circle offers the community an opportunity to participate, and thereby leverage opportunities to ensure the child remains connected to the community. In line with the Declaration, the community is directly involved in the child welfare process.

In fact, the collaborative and supportive problem-solving focus on which circle processes are based likely augments resilience (that is, the ability to manage future challenges) in both child and parent. Commonly recognized resilience factors that might be fostered for parents in circle processes include emotional regulation, perception of control and ability to impact one's own life, self-efficacy, social and communication skills, and likely others. These benefits, in turn, make the parent(s) better able to create resilience factors commonly recognized as beneficial within a child's family, including lower family stress, better parenting skills, and parental mental health. Finally, to the extent that circle processes involve others beyond the nuclear family, they can foster resilience factors for children and parents both that flow from the community, including supportive extended family engagement, close community, social support, possibly spiritual community connections, and others. To summarize, then, employing circle processes can foster resilience factors in the lives of children and parents both, on multiple levels, and improvements for parents also flow through to the children. IV. Conclusion

Allowing circles processes to operate with respect to tribal children is a natural continuation of momentum that resulted in the enactment of ICWA. Moreover, this is actually part of a larger push, worldwide, to turn back colonial systems that have perpetrated genocide, sometimes cultural, sometimes full-scale, against any Indigenous Peoples that stood in resistance. Actions such as the Declaration reveal a push to correct what may be corrected among the impacts of the errant colonial policies. These errant policies have seeped into the entire child welfare system, pressing for a stranger-led, adversarial, individual- and rights-centric inquisition over the recognition of our connections. Tribes have been pressured into this Western format. The way out of the antiquated child welfare system is to allow tribes to lead. Tribes can, by reinvigorating their traditional child welfare systems, and thereby re-Indigenizing those systems, show others what a child welfare system premised on interrelationships, and on honoring responsibilities to children, can do. The need to throw out antiquated child welfare systems will be even more clear once more examples of success have developed. Such development can be nurtured through targeted funding and the dampening of conflicting policies. Laws such as ICWA demonstrate how these international human rights precepts might be implemented through domestic action. Implementation of circle processes will be another step in the same healing direction.

Lauren van Schilfgaarde (Cochiti Pueblo) is the San Manuel Band of Mission Indians Director for the Tribal Legal Development Clinic at the UCLA School of Law.

Brett Lee Shelton (Oglala Sioux Tribe) is a Senior Staff Attorney at the Native American Rights Fund (NARF) and also serves as an appellate court justice for a variety of tribal nations.