From Zero-sum to Economic Partners: Reframing State Tax Policies in Indian Country in the Post-covid Economy 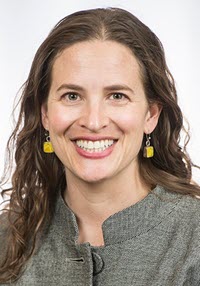 States have been attempting to assert jurisdiction in Indian Country since the time of the nation's founding, setting up the historical enmity between tribes and states, often referred to as the “deadliest enemies.” Such encroachment by states has only increased over time. This jurisdictional encroachment has been particularly contentious in the area of taxation.

Supreme Court jurisprudence has gradually eroded a tribe's ability to tax within its geo-political territory while at the same time expanding the potential for states and local governments to tax non-Indians engaged in business within Indian Country. Questions of taxation in Indian Country are answered by law that is both complex and highly uncertain. Uncertainty as to applicable tax law in Indian Country has several negative collateral consequences as a practical matter. Outside investors may be reluctant to do business deals in Indian Country if the tax consequences are uncertain or overly burdensome. When a state has overlapping taxing authority (or even the possibility of such authority), tribes must choose between imposing a tax and attracting the investment. At the core, these problems impair a tribe's ability to raise revenue and self-govern, thereby reducing tribal sovereignty.

Calls for reform in this area are not new. Tribes, scholars, and practitioners have been advocating for the curtailing of state taxing authority in Indian Country to alleviate the collateral consequences described above for years. There is renewed urgency for tribal taxation as a tool to promote tribal sovereignty. Most visibly, the COVID-19 pandemic laid bare the problems, both economic and otherwise, that arise from centuries of abuse that federal and state governments have inflicted upon tribal governments. Tribal business enterprises--many of which focus on tourism, hospitality, and gaming--have been closed or restricted in operation throughout the pandemic. This has resulted in “the almost total drying up of business revenue-dependent tribal budgets.”

In addition to the economic conditions created by the pandemic, there is a global reckoning for racial and social justice for historically marginalized peoples. For Native American Indians and Indian tribes, this requires reckoning with the historical and continued injustices of colonialism, one of the two original sins of the United States. Such reckoning offers lessons on the value of sovereignty or power to tribal governments. Professor Maggie Blackhawk provides a framework for addressing the legacy of colonialism by promoting tribal sovereignty through the distribution and limits of governmental powers among the federal, state, and tribal sovereigns. She notes how federal judicial doctrine has not been an effective tool for promoting sovereignty. Tribes have had more success through executive policy-making and Congressional action.

How can tribes achieve the sovereignty they need to heal, sustain, and grow? Tribal governments must be free from state encroachment, economic and otherwise. Most of the literature has called for a federal preemptive solution, be it legislative or judicial, to the problems of state encroachment in the field of taxation. A federal legislative preemption of state tax in Indian Country would be effective, but it has not come to pass and it is politically unrealistic to expect it will anytime soon. This article offers an alternative approach: it argues for states to make diplomatic, responsible state and local tax policies that promote tribal sovereignty. Such tax policies will create healthier intergovernmental relationships and an environment that, in turn, creates broader economic growth for tribes and states alike.

States can help promote tribal self-governance and sovereignty through institutional policies that require meaningful, government-to-government consultation. States can take a further step to correct problems of multi-jurisdictional tax in Indian Country. In cases where a state may have overlapping jurisdiction over transactions involving non-Indians, states may refrain from taxation. And in cases in which a tribe lacks taxing authority over non-Indians transacting within Indian Country, a state can impose a tax similar to tribal taxes to create a uniform taxing regime. Moving from a zero-sum game in which states force tribes to compete for precious tax revenue towards a strategy of states and tribes becoming economic partners to expand the total amount of available revenue streams could help prevent future crises, such as the COVID-19 pandemic, from having such a disparate impact on tribes again.

If the study of Indian law teaches one broad principle, it is that no current situation in Indian Country occurs in a vacuum. The reaches of state taxation, and limits on a tribe's taxation authority, are shaped not only by history, but also by the COVID-19 pandemic.

Professor Fletcher argued for “[r]etiring the deadliest enemies model;” Professor Blackhawk provided a framework for doing so; and even the Supreme Court is encouraging tribal-state cooperative sovereignty. State and local governments should adopt tax policies that ensure consultation and joint decision-making with tribal governments. State and local governments should allow for primacy of tribal taxation within tribal territories, promoting territorial sovereignty. Long-term economic benefits to both tribes and states will outweigh any short-term revenue losses to state and local governments. Instead of competing for a zero-sum taxing authority, tribes and states can become partners to ensure economic protection against future pandemics and to resolve the historic trauma of colonialism.