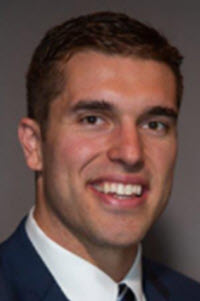 Section 106 of the Bankruptcy Code “abrogate[s]” the “sovereign immunity” of “a governmental unit.” The term “governmental unit,” defined in Section 101(27) of the Bankruptcy Code, comprises a long list of entities, including any “foreign or domestic government.” As a matter of statutory interpretation, the Ninth Circuit concluded that “domestic government” covers Indian tribes. Any other interpretation, the Ninth Circuit reasoned, would create surplusage, as no entity other than an Indian tribe can logically be considered a domestic government. Taking the opposite position, the Sixth Circuit instead held that “domestic government” does not unequivocally abrogate tribal sovereign immunity. The Sixth Circuit's underlying rationale hinged on precedent, normative values, and historical practice--namely, that Congress has never abrogated tribal sovereign immunity without including magic words such as “tribe” or “Native American” in the statutory text.

In response to this entrenched circuit conflict, this Article argues that the Sixth Circuit's outcome is correct, but for a different reason: As the purported power Congress employs to abrogate a tribe's sovereign immunity is constitutionally dubious as an original matter, courts should only find abrogation when Congress leaves no doubt that it is acting in reliance upon that power. Since the turn of the twentieth century, the Supreme Court has recognized the Indian plenary power doctrine. That doctrine suggests that “the Constitution grants Congress broad general powers to legislate in respect to Indian tribes, powers that ... have [been] consistently described as 'plenary and exclusive.”’ Implicit in Congress's broad inherent legislative power over Indian tribes is Congress's authority to abrogate tribal immunity. To put it differently, the Indian plenary power doctrine is “premised on the ... absolute sovereignty of the United States” over the Indian tribes, inclusive of the power to abrogate tribal immunity.

As an original matter, the premise upon which the Indian plenary power doctrine stands is unsteady. Even as originalists have increasingly questioned the original correctness of the Indian plenary power doctrine, the Court continues to adhere to the doctrine in part out of deference to stare decisis. This Article asserts that original doubt about the correctness of the Indian plenary power doctrine warrants the adoption of a magic words clear statement rule. Courts, in other words, should intensify the linguistic trigger that Congress must satisfy to exercise an inherent power it likely does not possess. That textual trigger should require Congress to expressly mention Indian tribes or a closely associated term somewhere in the statute's text to abrogate tribal immunity. This clear statement rule ensures efficient avoidance of potential constitutional violations and thus relates to “the longstanding principle that courts should not lightly interpret a statute in a way that makes it unconstitutional if some other interpretation is available.” Under the proposed rule, the legislature must use magic words (expressly mentioning Indian tribes or a closely associated term) that leave no doubt about Congress's intent to abrogate tribal immunity. Additionally, this interpretative principle reinforces the assessment that “an originalist view of the Constitution can produce a constitutional understanding of Indian tribes that actually supports a robust construction of tribal sovereignty.”

In making this argument, this Article proceeds in four Parts. Part II briefly details the history of tribal immunity to situate the doctrine in its historical context. Part III explores the development of Congress's plenary power over tribal sovereignty. This Part also examines the Constitution's text, historical practice, judicial critiques, and academic scholarship to further call into question the correctness of the plenary power doctrine as an original matter. Part IV describes the current circuit split on the question whether “domestic government” unequivocally covers Indian tribes. In conclusion, Part V argues that so long as the Court adheres to the constitutionally dubious plenary power doctrine, the Court should require that for Congress to abrogate tribal sovereign immunity, it must satisfy a magic words clear statement rule by expressly mentioning “Indian tribes” or a closely associated term in the statute's text.

While probably surprising to some, the Court's originalist jurists most frequently question Congress's use of its plenary power authority over Indian tribes. They are also the most hesitant to strip tribes of their sovereign immunity. In a recent case, Justice Gorsuch, writing for the majority, stated that “[d]etermining the limits on the sovereign immunity held by Indian tribes is a grave question; the answer will affect all tribes, not just the one before us.” Basing his premise on the Constitutional text and founding era contextual history, Justice Thomas views the plenary power doctrine as “a power grab.” In light of both the historical context of the Constitution's ratification and the Constitution's text itself, these Justices appear wise to doubt the original correctness of the Indian plenary power doctrine.

Indeed, original doubt about the Indian plenary power doctrine makes constitutional sense. The absence of any express federal power to abrogate Indian sovereign immunity is logical, given that “when the Constitution was drafted, Indian tribes were highly autonomous and viewed as a serious external threat to the security of the new nation.” This means that Indian tribal sovereign immunity is properly regarded as constitutional backdrop. Although itself not contained in the text of the Constitution, the principle was explicitly incorporated by reference, understood to be independently insulated from congressional change, and for nearly a century imposed limits on congressional power. Federal Indian law today thus concerns legal doctrines unmoored to text or history and stands “contrary to the basic assumptions of our common law tradition, which forbid nonconsensual deprivations of the fundamental interests of those who have not through their fault contributed to the problems of others.”

This Article's proposed magic words clear statement rule is premised on the dubious original correctness of the Indian plenary power doctrine. Original doubt provides a basis for the Court to restrict Congress's uncertain authority to abrogate tribal sovereign immunity. As this Article contends, the magic words clear statement rule should govern the question whether a statute has abrogated tribunal immunity. The legislature must use magic words (expressly mentioning Indian tribes or a closely associated term) that leaves no doubt about Congress's intent to abrogate tribal immunity. This proposed rule supports the proposition that “originalism actually provides a basis to advance a strong vision of tribal sovereignty and an exceptionally limited federal role in tribal communities.” It also recognizes that the “story of federal Indian law is a study in the art of using the shards of adverse precedent to cobble together enduring arguments and principles from what remains.” It may finally be time to chart a different course. A good place to start would be to constrain a congressional power that does not derive from either the Constitution's text or historical practice. A magic words clear statement rule would do just that.