Using Game Theory to Better Understand the Role of the U.S. Supreme Court in the Catastrophe That Befell American Indians in Georgia 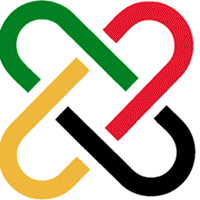 How the 1823 case Johnson v. McIntosh affected the catastrophe befalling American Indians in the early Republic is a major, continuing issue in early American Indian law. Some scholars argue that the U.S. Supreme Court placed American Indian national title on a “firm legal foundation” that it had previously lacked, but others argue that that the justices adopted “the perfect instrument of empire” in it. Deciding which argument is more accurate requires more than debating legal theory in the abstract. It requires inquiring into the economic, political, and other effects of the decision. It requires exploring alternatives to the choices that the justices made in other early American Indian cases.

Some simple game theory will help to do so because the economics of the catastrophe were more complex than they may seem on first glance. Some European Americans would pay more for American Indian lands than others, although none of them wanted to pay very much. Furthermore, European Americans were fighting among themselves over who would gather the most surplus, and this deeply affected negotiations over price with American Indian nations. All of this varied across the continent and over several centuries, so a narrower focus is needed. As this article is inquiring into the role of the Court in the catastrophe, it makes sense to center the inquiry on Georgia, from the adoption of the Constitution until 1838, when the federal government removed the Cherokee. This time frame and geographic location provided the underlying facts in three of the four major early American Indian law cases.

Narrowing the focus and using game theory results in a more complex, richer understanding of role of the Court in the catastrophe. The justices acted circumspectly in early American Indian law because of constitutional and legal ideas about the role and function of a court. These ideas prevented a majority from enforcing legal rules that might have stopped the catastrophe befalling the Creek and Cherokee in Georgia. Some of these ideas about law and the Constitution have remained vital, and this means the study of early American Indian law can help in remedying the continuing oppression of American Indians, African Americans, and others in the United States today by showing better how it happened in the past.

Game theory has clarified and deepened our understanding of the catastrophe that befell the Creek and Cherokee in Georgia and the Court's role in it by showing how legal doctrine worked in practice to further or hinder the catastrophe. The catastrophe happened because Georgia and the federal government, including the Washington administration, wanted to capture all the cooperative surplus from peace. Broad swaths of statutory and constitutional law supported this many-sided game. This created great political pressure on the two political branches of the federal government. Nevertheless, the bargaining rules in the peace and justice policy might have protected the Cherokee from Georgia, if enforced.

In the end, only the Court was left to enforce those bargaining rules, and the justices refused to do so because of how they understood judicial review under the Constitution and other legal principles designed to protect popular sovereignty. Their interpretation left, however, the Creek and Cherokee Nations to the mercy of Georgia and the two federal political branches. How Georgia accomplished this feat despite the peace and justice policy is an early exemplar of how European Americans used state law and the structure of the Constitution to subvert and change a federal policy designed to protect a minority.

Understanding how the justices allowed the catastrophe to happen is, therefore, crucial to understanding constitutional development. Albeit much modified, these legal ideas about judicial review continue to influence the rights of non-citizens and minorities within U.S. borders. They raise profound questions about how much a written fundamental document should limit the justices' flexibility in responding to strategic behavior that oppresses minorities and others. These questions force people to stop debating theoretical doctrine and focus on how a legal system works in practice to deprive minorities of their rights, land, and lives. Nearly two centuries after Georgia expelled the Creek and Cherokee Nations, these questions remain all too relevant.