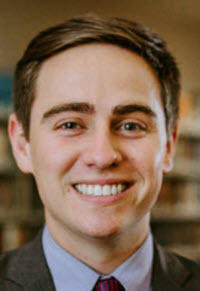 The Crow Tribe has inhabited southern Montana and northern Wyoming for more than three centuries; Wyoming officially became a state in 1890, long after the Crow Tribe settled in the area. The Tribe's settlement encompassed what is now known as the Bighorn National Forest, which is partly located in present-day Wyoming. Various territories officially declared statehood, and a recurring question became whether tribal treaty rights relating to the lands--now a part of the state--were preempted by the declaration of statehood. A common analysis in any treaty-rights case involves looking to congressional intent, as the legislature has the right to abrogate treaty rights in toto. Statehood preemption questions have arisen frequently in usufructuary rights cases--ones involving hunting and fishing rights. But that is not to say that the Supreme Court's analysis in usufructuary rights cases cannot be applied to other, more significant treaty rights. Due in part to recent developments in case law and turnover on the Supreme Court, tribal treaty rights--not simply usufructuary ones--are currently the safest they have ever been.

This Note will examine the line of cases involving statehood preemption of tribal treaty rights leading up to the recently decided Supreme Court case of Herrera v. Wyoming.

Part I will lay out the background and history of cases grappling with statehood preemption, the doctrine's treatment by the Supreme Court and other courts, and recent turnover on the Court in favor of the tribes.

Part II will examine the recent case of Herrera v. Wyoming and the Supreme Court's shift in favor of the tribes with its holding in that case.

Part III will discuss counterarguments in support of statehood preemption and the implications moving forward post-Herrera.

Finally, Part IV will conclude this Note and extrapolate on the broad reach of Herrera in other contexts based on the present makeup of the Supreme Court.

In short, tribal treaty rights--not simply usufructuary ones--are currently the safest they have ever been. Recent developments in case law and turnover on the Supreme Court have all but solidified a strong majority favoring tribal deference in treaty disputes. While the shift away from plenary power approaches began with cases like Mille Lacs, it was not until Herrera v. Wyoming that Americans got a glance into what seems like a bright future for Native American tribes. The path to its ultimate conclusion in favor of the Crow Tribe demonstrates the majority's apparent goal in treaty disputes: to analyze treaties with an originalist lens, ascertain the intent of both parties, and extinguish tribal treaty rights only when the congressional intent to do so is clear and unambiguous.