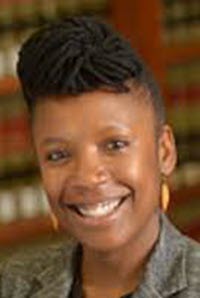 On June 17, 2020, Philonise Floyd addressed the United Nations Human Rights Council, the United Nations' paramount human rights body, demanding justice for the murder of his brother and the many other Black people who have been subject to the regime of racial extrajudicial killings endemic in the United States. His testimony was part of a remarkable “Urgent Debate”--an emergency special session of the Human Rights Council reserved for extreme human rights situations. We might think of this Urgent Debate as marking a pivotal global moment in the transnational racial justice uprising that coalesced under the banner “Black Lives Matter” during the northern hemisphere summer of 2020. This Urgent Debate was unprecedented for a number of reasons. It was the first triggered by a human rights situation in a, if not the, global hegemon of our time, the United States. It was also the first and only to date concerning a human rights crisis in a country widely considered a liberal democratic paragon, for which the global human rights receivership processes, implicitly associated with U.N. intervention, could not possibly be intended or appropriate, at least from the perspective of other liberal democratic countries and observers. And finally, it was the first and only explicitly framed as concerning systemic racial injustice and anti-Black racism in a First World nation-state.

To the extent that racial justice advocates and legal scholars in the United States (or any other country, for that matter) are engaged in a process of reckoning with racial subordination and emancipatory horizons, the aim of my Essay is to draw a number of lessons from the Urgent Debate and attendant events that are crucial for any such reckoning. My analysis is informed by my background as a scholar, and my participation in the Urgent Debate as an independent expert appointed by the United Nations Human Rights Council to serve as the United Nations Special Rapporteur on Contemporary Forms of Racism, Racial Discrimination, Xenophobia and Related Intolerance.

For those whose scope of analysis is typically national or domestic, I foreground transnational considerations. A transnational analysis is essential for assessing emancipatory possibilities for Black people living in the United States-- international human rights fora within the United Nations have long been sites to which African Americans have turned to leverage domestic change. The Urgent Debate was the latest effort in a much longer trajectory that bears recollection and sheds important light on questions such as how domestic racial justice advocates should understand and situate the United Nations' global human rights machinery within their broader strategy. In addition, a transnational analysis is also essential for understanding possibly fundamental constraints on redressing racial subordination of Black people in the United States and in other nations. This is because the maintenance of Black racial subordination in the United States (and other countries) is properly understood as involving a transnational dimension, one that institutionally implicates the United Nations and international law as well. By this, I mean to call attention to the specific genealogy of U.N. institutions as well as the development and operation of international law, as pathways through which transnational collaboration for racial subordination of Black people (and other non-White peoples) has been achieved as well as resisted. Of particular note, this subordination has partly been achieved in the name of liberal principles, leading to the uncomfortable conclusion that certain forms of racial subordination are at least compatible with, if not defining features of, what I will call liberal empire even in its present-day democratic forms.

The literature on and accompanying definitions of “liberalism” are vast, but I use the term here generally to refer to the normative commitment to “securing individual liberty and human dignity through a political cast that typically involves democratic and representative institutions, the guaranty of individual rights of property, and freedom of expression, association, and conscience, all of which are taken to limit the legitimate use of the authority of the state.” The language and commitments of international human rights are quintessentially liberal, and within this frame liberalism is good (illiberalism and non-liberalism are bad), and liberal democracy is implicitly and explicitly the means through which this good is realized. These points were vividly illustrated during the Urgent Debate, when appeals to liberal democratic norms and institutions were, among other things, mobilized to shield (and effectively aid perpetuation of) U.S. domestic racial subordination. I cast the Urgent Debate as the latest illustration of how tightly liberal hegemons can keep the lid on anti-Black racism through transnational means ranging from naked geopolitical bullying to normative insistence on liberal democratic norms and institutions to obstructive bureaucratic techniques.

I highlight, as others have, that racial injustice must be assessed and grappled with as a potentially defining or systemic feature of the liberal imperial project, rather than a pathology or aberration that simply requires harder work or more commitment to reform. For purveyors of international human rights law and its accompanying institutional mechanisms--no matter how well-intentioned they may understand themselves to be--the point is that racism is not outside of their systems but is instead an institutionalized feature of these systems. The challenge at hand, then, is to develop strategies and goals that account for this reality.

In his analysis, Rana recalls the arguments of Black radicals in the civil rights era to highlight the salience of imperial dynamics embedded in liberal discourse and institutions in the United States that both sustain racial subordination and obscure the transnational solidarities that might be essential to undoing that subordination. The Urgent Debate, among other things, serves as a reminder of the salience of transnational dimensions of even domestic racial subordination, and as a caution regarding how international human rights frameworks can defuse radical claims for racial justice through liberal rearticulation rather than illiberal refutation of their underlying premises. In the end, the language and institutions of equality do the work of preserving inequality rooted in institutionalized White supremacy.

What does this mean, then, for domestic racial justice advocates who may be considering transnational racial justice advocacy through U.N. mechanisms? It means, I think, that at a minimum, engagement with these mechanisms must be characterized by the same radical abolitionist, decolonial tactics and strategies that proved the most powerful at the national level during the racial justice uprisings.