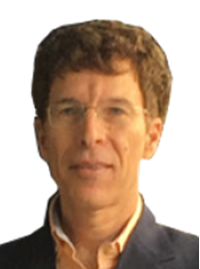 Cognitive science is the interdisciplinary study of mental processes involved in the acquisition, classification and interpretation of knowledge in human environment as well as the decision on the appropriate action based upon it. The point of departure is that people do not directly sense information; cognitive processes mediate between sensory input from the environment and behaviour. Thus, mental processes (such as perception) filter in/out and colour incoming information. These cognitive processes are influenced by neurological, psychological, socio-cultural and other factors. In recent years, there has been a growing scholarly interest in the study of cognitive sociology, focusing on the interactions between culture and cognition. This stream in sociological literature draws upon and complements social cognition literature, which is a branch of social psychology.

Scholars in the fields of cognitive sociology and social cognition explore how humans process information regarding the social world. However, they differ somewhat on several issues, notably concerning the basic unit of analysis and the role of culture. Like other branches of psychology, social cognition literature examines how individuals make sense of the social world. While social cognition studies generally acknowledge that individuals' mental processes are also influenced by cultures, the interaction between socio-cultural factors and cognitive processes has not taken centre stage in this literature. On the other hand, cognitive sociology scholarship focuses on social groups (and their interactions vis-à-vis individuals) and underscores that socio-cultural factors affect how humans and social groups process information. Thus, from this sociological perspective, it is clear that people from different cultural groups perceive and interpret reality differently. As Eviatar Zerubavel explains, '[s] ociety, in short, plays a major role in organizing our “optical” predispositions. Indeed, many of the mental lenses through which we come to “see” the world are actually sociomental lenses grounded in particular social environments.’ Like the psychological approach to international law, the cognitive sociological perspective constitutes a departure from rational choice assumptions, highlighting various cognitive biases (such as 'outcome bias').

Racial groups are socially constructed, and deeply ingrained, socio-cognitive biases feed and reproduce racially discriminatory behaviour. These biased mental processes, however, are not inevitable and may change over time. The effective struggle against racial discrimination requires, it is submitted, that international legal mechanisms also address the socio-cognitive infrastructure that facilitates and sustains racial discrimination. Consequently, this study also discusses some international legal strategies aimed at mitigating cognitive biases and enhancing compliance with treaties prohibiting racial discrimination. The suggested strategies shed light on the potential role of judicial bodies, governmental organs, non-state actors (such as the mass media) and international institutions in reducing racial bias in society.

Cognitive sociology underlies the idea that socio-cultural factors affect cognitive processes. Consequentially, processing information varies cross-culturally, historically and within social groups. Cultural beliefs are involved in discriminatory cognitive processes and are significantly involved in non-compliance with international legal obligations prohibiting racial discrimination. Social groups influence their members, for instance, to classify other people according to their 'race’, overestimate differences vis-à-vis other racial groups and attribute stereotyped traits to people belonging to other racial groups. Such socio-mental lenses do not only reflect cultural patterns prevailing in a particular society but also constitute a cognitive infrastructure facilitating and fuelling discriminatory practices against disadvantaged racial groups. Understanding the socio-cultural dimension of biased cognitive processes may not only shed light on the daunting obstacles faced by the fight against racial discrimination but also generate some proposals regarding international legal strategies that may address the socio-cognitive infrastructure underpinning racial discrimination. The proposed measures aim at influencing societal attitudes towards disadvantaged racial groups (for example, concerning the participation of the mass media in international regimes and encouraging a shift from automatic to deliberate cognitive processes) as well as adjudicatory or semi-adjudicatory proceedings (for example, concerning rules of evidence and standard of care). The strategies suggested above are not expected to eradicate racial discrimination within a short or medium time frame; however, they may well raise awareness to largely invisible socio-cognitive biases, exert social pressure to address these issues and mitigate racial discrimination.

Maria Von Hofmannsthal Chair in International Law, Faculty of Law and Department of International Relations, Hebrew University of Jerusalem, Israel. Email: This email address is being protected from spambots. You need JavaScript enabled to view it..