Criminalized Students, Reparations, and the Limits of Prospective Reform 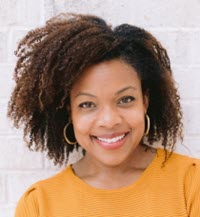 As a result of criminalization, hundreds of thousands of students enter adulthood with open criminal cases, records, court debt, and warrants. These are notable technical barriers from the criminal court. Yet there are deeper impacts on criminalized students, including the psychological toll of policing and criminal courts and, resultantly, alienation from public institutions necessary for advancement. All of these harms may reverberate community-wide and generationally. This Article addresses an area overlooked by schooldiscipline reform: redress to criminalized former students. In response to this gap, the Article offers models for retroactive decriminalization and reparations.

There is growing public resistance to criminalizing students. Nearly all states and the federal government have considered prospective reforms to criminalizing discipline policies. States are reforming their policies, making it more difficult to charge students with order-related crimes in school. They are often influenced by model reforms developed by organizations that replace referrals to law enforcement with additional support staff, counseling, and restorative justice practices. They engage in discussions of bias. As studies of student experiences and quantitative data indicate, the criminalization of students is felt most acutely among students of color, especially Black students. The models reduce or remove police officers from schools desperately in need resources for of counselors and other social work support. These proposed reforms reduce the impact of criminal law on future schoolchildren.

But prospective reform to decriminalize discipline is not enough to curb the ongoing harm to former students. Reformers' social equity goals require retroactive policies and reparations work. The vision for more equitable communities must address decades of damage inflicted by processing students through criminal legal systems.

A brief example of criminalizing policies in action demonstrates the acute and lasting harm that follows. One example is the high school student in Orange County, Florida, who said to a school police officer, “Get your hands off me.” In response, the officer arrested the student; handcuffed him in his school; walked him through the school to a patrol car; and charged the student with “disturbing the peace,” “resisting an officer without violence,” and “assault on a law enforcement officer.” Though the student's parents pulled together enough money to hire a defense attorney, helping their child avoid a criminal conviction, the student will have an adult criminal record from this arrest and prosecution for the rest of his life.

In Albuquerque, New Mexico, a seventh grader tried to amuse his classmates with fake burps throughout gym class. In a school less reliant on criminal law, his class disturbance would have been laughed off or his teacher would send him to the principal's office. Instead, school police restrained and handcuffed the thirteen-year-old at school, arrested him for “disturbance of class,” and brought him to the juvenile detention center until a parent came to claim him. Years after the incident, the middle school student reported experiencing severe depression and lasting anxiety.

Criminalized students must navigate criminal records, exclusion from school, the toll of psychological injury, and mistrust of educational institutions.

To many, an argument to redress former students' injuries may seem premature. By no means is schooldiscipline reform universal nor has it resulted in a completely just educational experience for vulnerable students. continue to funnel students into the criminal legal system for schooldiscipline matters. Teachers' unions are split in their responses to restorative justice programming and its impact on effective teaching. The U.S. Department of Education's investigations of schooldiscipline expand and retract depending on the administration. Still, a pivotal federal report on schooldiscipline showed that the federal government had entered into a number of consent decrees to implement reforms decriminalizing schooldiscipline. The summer of 2020, filled with protests surrounding police killings and spurring renewed discussion on over-criminalization of vulnerable groups, resulted in further scrutiny of police officers in schools. Some school systems responded to the calls for reform, reducing criminal legal interventions in schools. These systems on the verge of reform are poised to include retroactive policies.

Retroactive decriminalization and reparations move closer to transforming education and criminal law than piecemeal, prospective reforms. These approaches confront and demand equity from the systems that have enabled harm. Retroactive decriminalizing measures such as record expungement may correct the technical barriers former students face. A reparations project can address impacts such as psychological harm, disruption of trust and estrangement from schools and other public institutions, and losses experienced by entire communities. A reparations framework offers expansive possibilities for considering these harms. The framework incorporates acknowledgement of harm, exploration of its lasting impacts on the individual and broader society, and a communal effort to recognize and attempt to redress the harm. For the majority of criminalized students, reparations models provide the most comprehensive form of redress for continuing injuries. Reparations models reposition moral norms, shifting the burden of overcoming criminalization from students to the state. Much of schooldiscipline reform is discussed through the lens of education law, but the criminalization of students is another byproduct of our ever-expanding criminal legal system. This Article builds on scholarship on the hidden costs of misdemeanor criminal legal regulation, decriminalization of misdemeanors, and extensive literature on juvenile criminal debt. In its examination of backward-looking reforms, the argument contributes a new paradigm of retroactive legalization and decriminalization to address criminalized students.

Part I of the Article grounds the argument for redress to criminalized students in a reparations framework. The framework comes with a built-in stigma, one that proliferates through efforts to address racially discriminatory state policies. It offers moral justifications and a staged process for reparations. This Part describes how policymakers expanded the purview of criminal law into regulation of school order and, later, attempted to curb harm through prospective reform. Part II emphasizes the limits of prospective-only reform through dissection of ongoing consequences to criminalized students. Criminal records and psychological, economic, and social long-term harms have already resulted in losses to students and communities. Part III proposes two frameworks to redress criminalized students: retroactive decriminalization and reparations.

Increasingly, the public has learned of the impact of criminal law enforcement in schools. Through testimony from affected students, guidance from community organizations and government agencies, and reports on long-term impacts, we are more aware of the pain and disenfranchisement that begins with criminal law referrals in school. For too long, school systems in the U.S. have referred schoolchildren to criminal courts. School order prosecutions often targeted Black students, and also had disproportionate impacts on Latinx, Native American, LGBTQ, and disabled students. Responsive reforms are happening. A legislator introducing a bill to end mandatory school referrals to criminal law in Virginia named the criminalization of students “the [number one] civil rights issue of our modern time.” The changes are long overdue.

Existing damage to individuals and communities cannot be redressed by prospective reform alone. The burden of overcoming unjust criminalization still rests on the former students who underwent the harmful practices. Retroactive policies and reparations programs must be implemented to redress harm to generations of former students. Barriers from criminal records persist. Psychological harm and mistrust of institutions persist. Communities continue to be under-resourced and underemployed. Retroactive policies must be optimized to resolve as much of the harm of criminal stigma as possible. This Article's recommended retroactive additions to school reforms address criminal records, collateral criminal charges, and costs from improper prosecutions of students.

The project of repairing past harm involves accountability. The reparations framework provided in this Article requires us to examine the ongoing damage of unjust practices and their impact on former students' lives in depth. Through investigation we move towards repair for affected individuals and highly impacted communities. We all benefit from public acknowledgment of how criminalization has blocked opportunity for former students. As a country, we advance by closing the fissures created by criminalization. Reparations for student criminalization are a necessary step in the campaign for a more equitable society.